Mercedes team principal Toto Wolff was delighted by the emphatic victory for Lewis Hamilton in today's Qatar Grand Prix, coming hot in the heels of the driver's brilliant performance in Brazil last week.

"That was a commanding win for Lewis," Wolff beamed after the chequered flag which saw Hamilton finish 25s ahead of chief rival Max Verstappen.

"He controlled the pace from the front and did everything he needed to do, completely in the zone. The lion got woken up in Interlagos, and we saw that today in Qatar!"

And in a warning to Red Bull, Wolff said that the team would have be back to using some of its most 'spicy' components for the final two rounds.

"We’ll get our spicy equipment out for Saudi Arabia that we didn’t use [this weekend]," he promised, referring to the power unit that gave them such a huge advantage over Verstappen in Brazil.

The one sour point in the evening for Wolff was losing out on the bonus point for fastest lap of the race which was clinched by Verstappen at the very end.

With just eight points between Hamilton and Verstappen in the drivers championship and a mere two races remaining, such details could prove vital in deciding the outcome of this year's driver and team battles.

"It’s funny because the initial feeling is bittersweet," Wolff told Sky Sports F1. "Both championships are so important now. Lewis was great - [missing out on] the one point is a bit annoying but it's great he won the race. 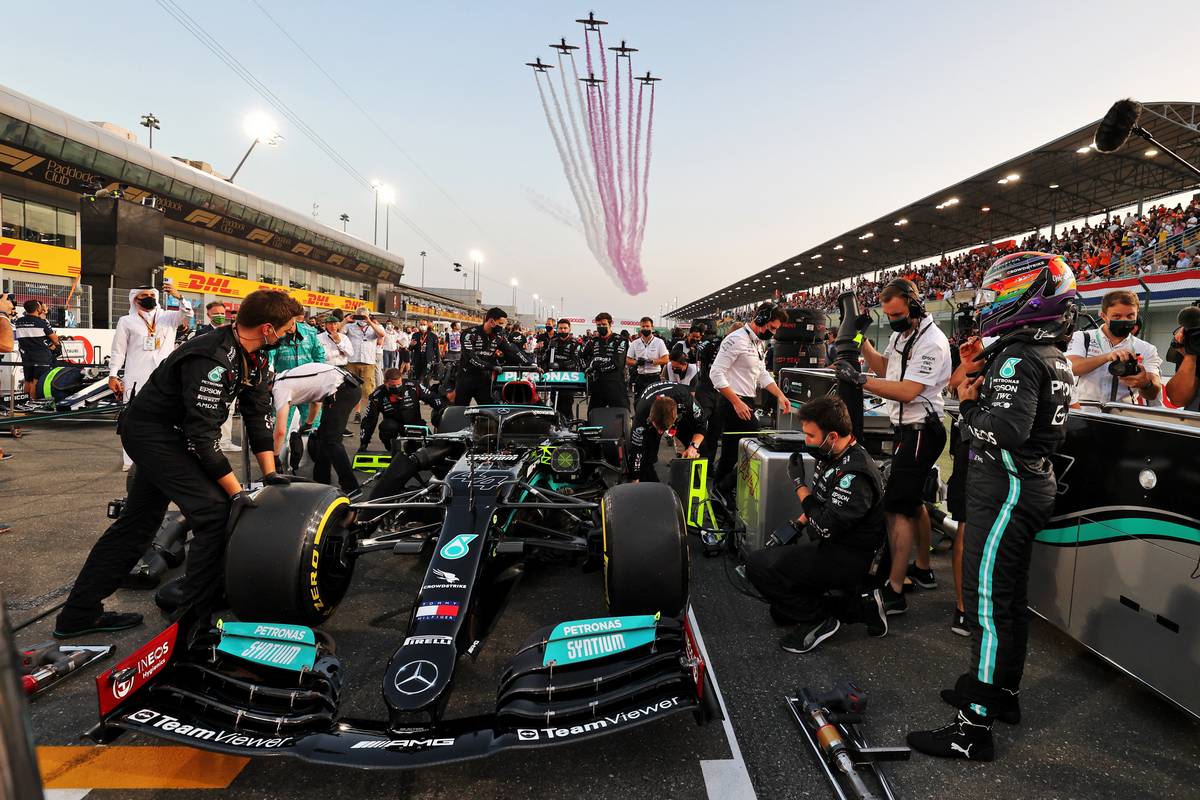 "But while we come away from the race result with mixed emotions, the pace of the car this weekend has been encouraging for the last two races.

"[Lewis] controlled the race from the front and that's a good indication for what's to come in Saudi Arabia and Abu Dhabi," he explained. "The good news is the car is really fast and seemed in a happy spot.

"The car is quick on the straight and good around the corners," he continued. “Degradation [on old tyres] works fine even at races in the Middle East and we have two to come of these.

"We've got to push. Maximum attack. We've got to catch up, make some points up, and this is just what we're going to do," he commented. "Saudi should be a good track for us, but we know this year when you think it’s a good one it can turn the other way around.

"If you would have told us it [the title battle] was going to go to Saudi Arabia or to the end of the season, we would have taken that," he added. 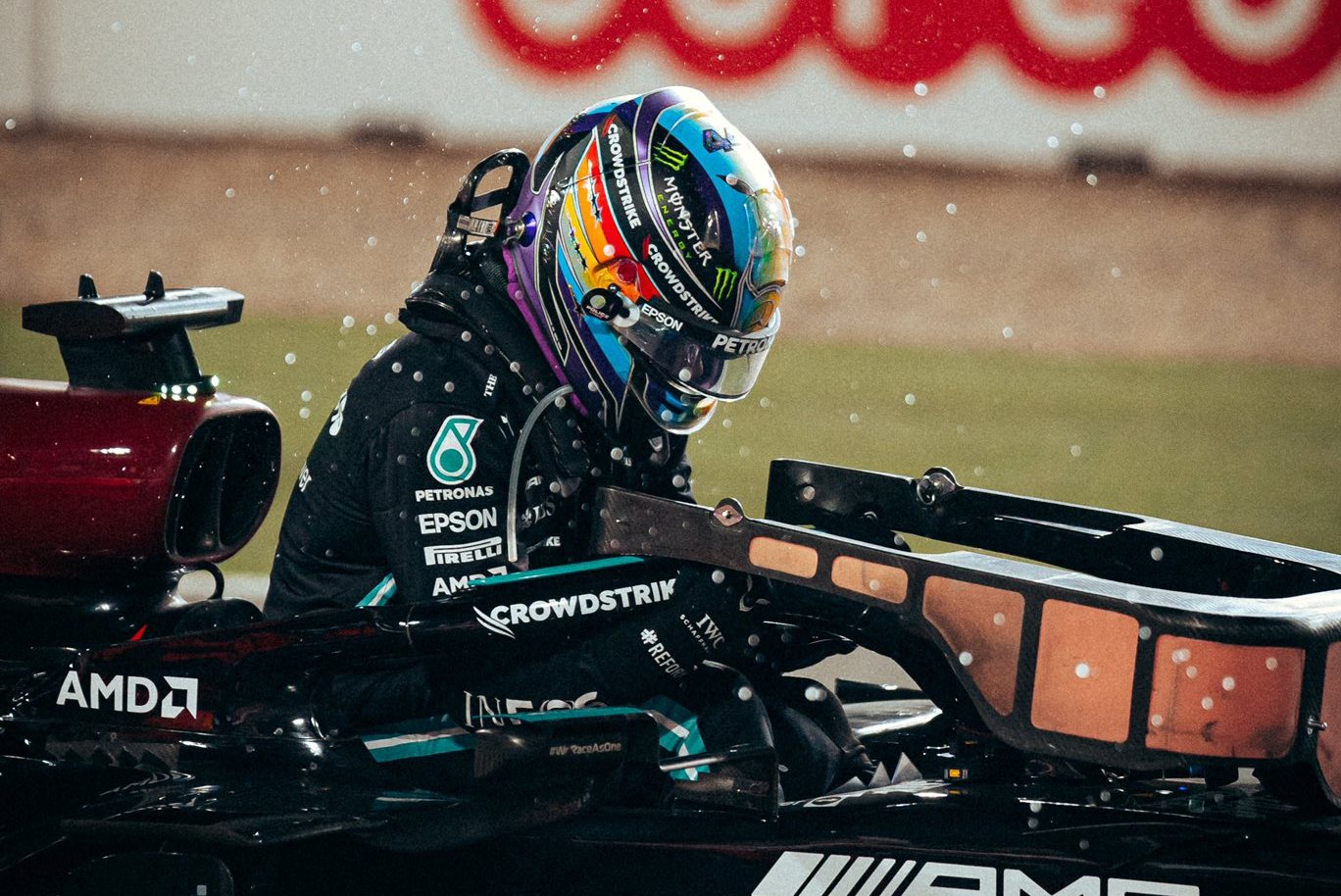 "We started on the back foot [this season], we just weren't good enough. Regulations didn't go our way and you have to take it on the chin."

While Hamilton succeeded in closing the gap to Verstappen on Sunday, retirement for Valtteri Bottas means that there is just five points between the teams in the constructors standings meaning Mercedes' run of seven titles is at risk.

"Whoever wins the championship merits winning the championship," Wolff stated, adding that losing out to Red Bull would "cost me maybe a sleepless night, maybe two" if it came to that.

"We know there are still many challenges to come but we're enjoying the ride - when it is so tough, this is exactly why we are in this sport."

'A little bit too slow' Verstappen pledges to stay focussed