His Mercedes team mate Lewis Hamilton topped both of Friday's practice sessions, while Bottas himself improved from third fastest in FP1 to second quickest in FP2 ahead of Pierre Gasly and Max Verstappen.

Asked by the media for his thoughts on the new track, Bottas replied: "I think I said it already on the radio, it's really cool.

"It's quite hardcore," he added. "It's pretty full gas and close to the walls and high speeds. But that's what we want, that's what we enjoy. It gives you a bit of an adrenaline rush."

Echoing comments made by Hamilton, he noted: "Traffic was sometimes quite a challenge because there's no straights, it's always turning a bit, so lots of blind spots."

Everyone had expected grip to be a problem, with most desert circuits starting off covered by dust and sand but that hadn't proved a problem today.

"FP1 was better than I was expecting," Bottas said. "I mean it was a little bit dusty, but nothing extreme.

"It was good to get confirmation of the grip level here, you base your starting setup on the simulations and estimated grip level, and we started in a good place.

"They've done a nice job with the tarmac. It's grippy even though it's new," he explained. "Obviously we've had other racing categories here this weekend as well running before, and it was improving step by step.

"It's not really a bumpy track, except maybe turns 22 and 27 a little bit, but really nice and smooth." 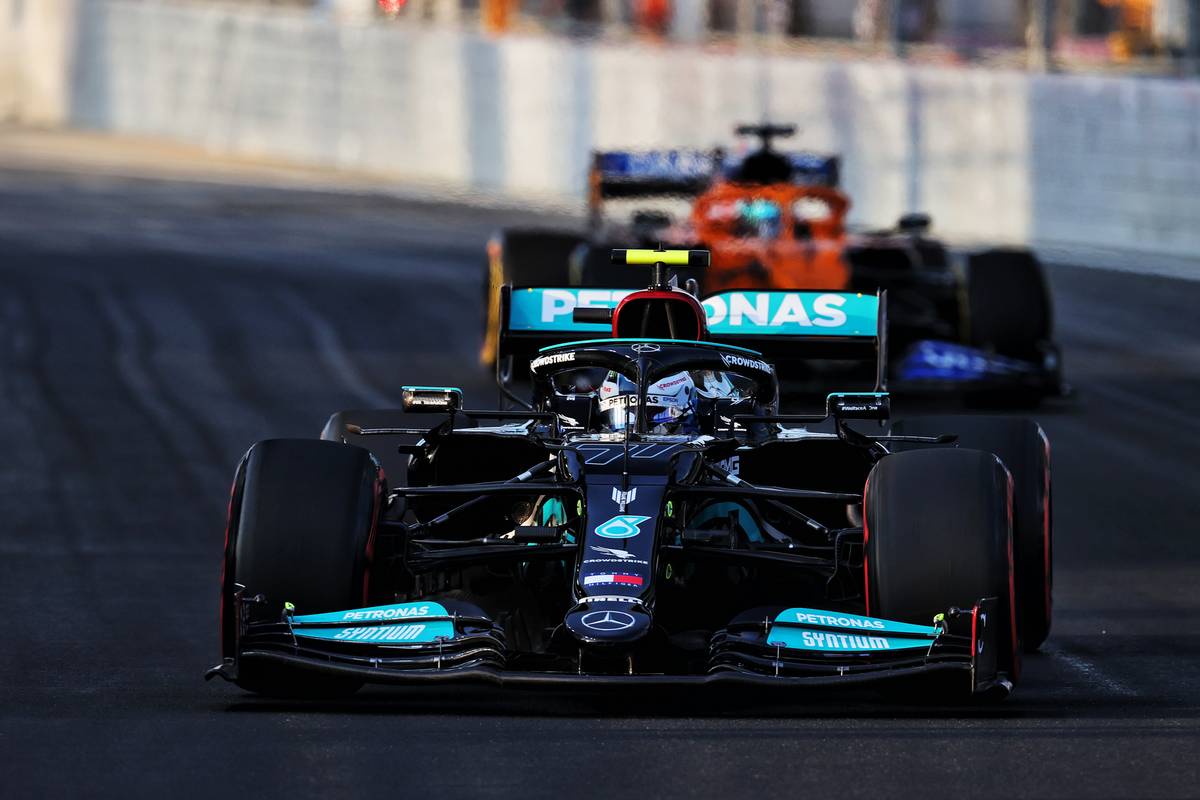 Friday's sessions have already started teams to perform a rethink of some of their preconceptions of this weekend's race strategy.

"The biggest surprise today was that the tyres lasted quite well," Bottas said. "I'm not sure we'll see many stops on Sunday.

"All the compounds seemed to work well here, even though you could feel the softs giving up slightly in the high-speed corners."

Mercedes' chief race engineer Andrew Shovlin added: "As with any new track, a significant part of the first session is about understanding whether you've made the correct assumptions on grip and tyre behaviour.

"In the warmer conditions of FP1 we had the car working well. The second session was more of a challenge in terms of single lap pace, we've got some ideas on how to tackle that and we'll be running our simulator in Brackley overnight exploring a few directions.

"The long run pace seemed competitive,," he added. "We finished the day with quite different setups on the cars so there are some interesting comparisons to draw out of that data.

"It does seem like the car has good potential around this circuit, but we've clearly got a bit of fine-tuning to do which will keep us busy overnight.