Carlos Sainz was at a loss to explain the sudden snap of oversteer and spin in qualifying that ruined his chances of making the Q3 cut and that has left him a lowly P15 on Sunday's grid in Jeddah.

The Ferrari driver head into qualifying after building up a strong pace in free practice. And indeed, Sainz's early run in Q1 confirmed the Spaniard's strength.

But in the second segment of qualifying, Sainz lost control of his SF21 as he entered Turn 11, spun and lightly tapped the barrier, damaging a rear wing endplate.

Undeterred, Sainz set out on another attempt to move into Q3, but suffered another moment in the same corner that was also as sudden as it was unexpected.

“Today’s qualifying is a tough one to digest," he admitted. “I’ve been fast and comfortable with the car all weekend and a single snap jeopardised the entire qualifying and tomorrow’s race. 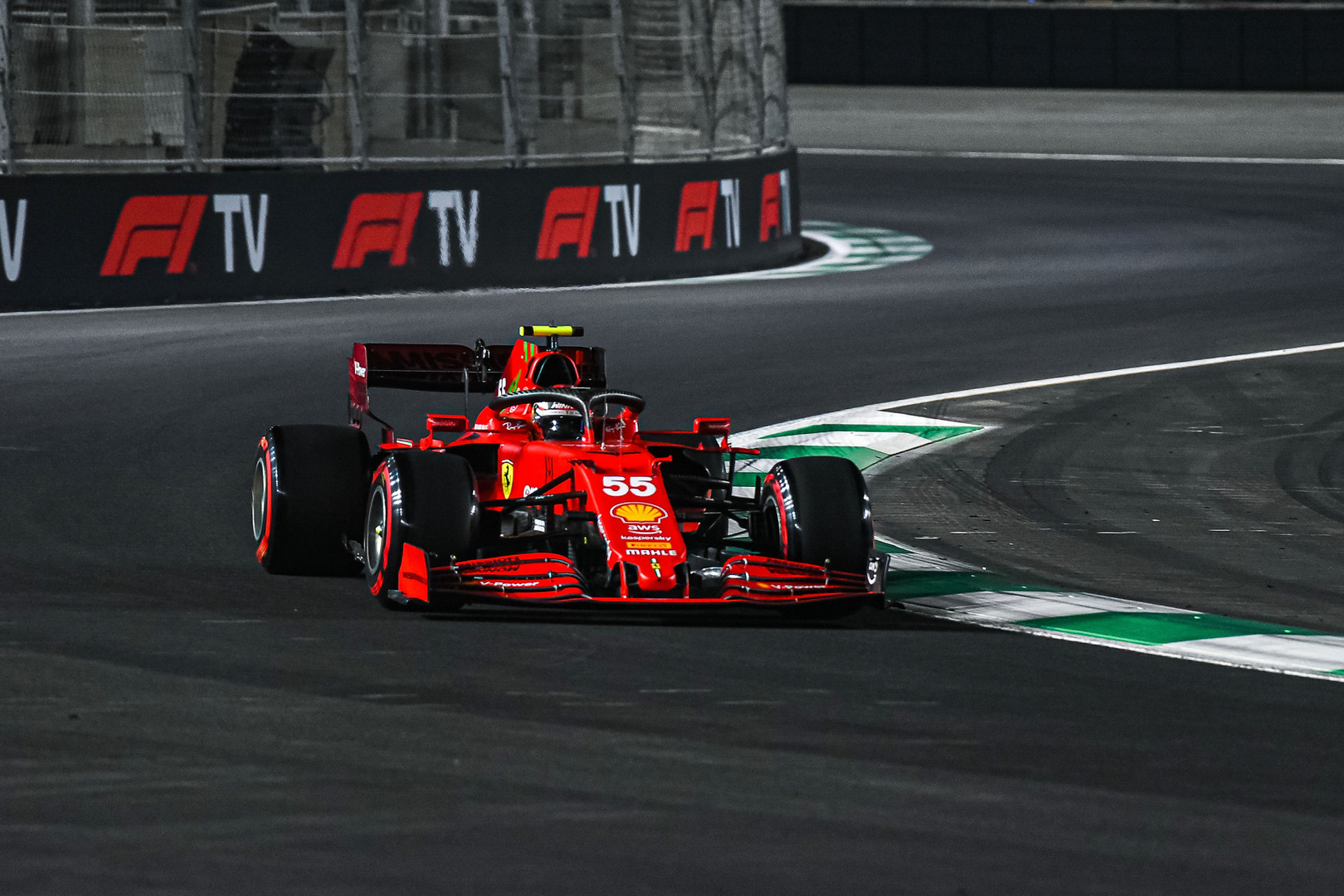 “A bit of a shame, as I was coming from a very strong FP3, a very strong Q1 and suddenly this snap in the middle of Turn 11 cost me a whole qualifying as in the end,” he said.

“It meant I stabbed the wall with the rear end plate, which I actually didn’t feel in the car, and then when I look in my mirror, the end plate is completely bent and the rear wing is not delivering the downforce it should.

“Something to analyse, something to look into what I could have done differently as it’s a snap of oversteering that I was not expecting, this corner has been flat for me for the whole of qualifying, and for some reason in that lap, I lost the rear, but we’ll look at it and come back from it.”

Despite the setback, Sainz remained confident in the strong level of performance of his car for Sunday's race.

“Even with rear wing bent like it was, I was coming on a very strong lap before the rear wing properly gave up,” he said.

“I’ve been really strong in qualifying, Q1 here I was really strong so one small bump in the road, but honestly I feel comfortable and I feel happy.”

“The race tomorrow is uncertain and anything can happen. I have confidence in my pace and will give it my all to make up some positions and try to score some good points.”

Horner: Max was pulling 'something very special' out of the bag