Formula 1 has been unanimously impressed with Saudi Arabia's ability to lay out and build in approximately eight months a highly impressive street circuit.

The majority of the sport's drivers have given a thumbs up to the facility, although some feel that its high-speed and uncompromising nature put them in a vulnerable and dangerous zone.

As usual, the ideal compromise will slightly favour one or the other depending on a car's design and specific characteristics.

But let's focus our attention on the recent debate over Mercedes straight-line speed relative to Red Bull. In Qatar, Christian Horner claimed that the Brackley squad had reined in the top speed advantage of its W12, suggesting Mercedes was no longer relying on the so-called flexing characteristic of its rear wing.

Toto Wolff has always opposed that claim, insisting his cars' top speed was dependent on its set-up and not on anything illicit going on under its rear wing.

Regardless of either team boss' insinuations or allegations, the hard numbers in Saturday's qualifying indicate that the two championship rivals are on a par in Jeddah in terms of maximum velocity, with Max Verstappen's Red Bull just 0.8 km slower than Lewis Hamilton's Mercedes through the speed trap located after Turn 26, at the end of the long flat-out swerve that leads to the final corner.

So, for F1's two title protagonists, it will be down to skill, tyre management and circumstances this evening in Jeddah.

Prep the popcorn folks, we're in for a doozy! 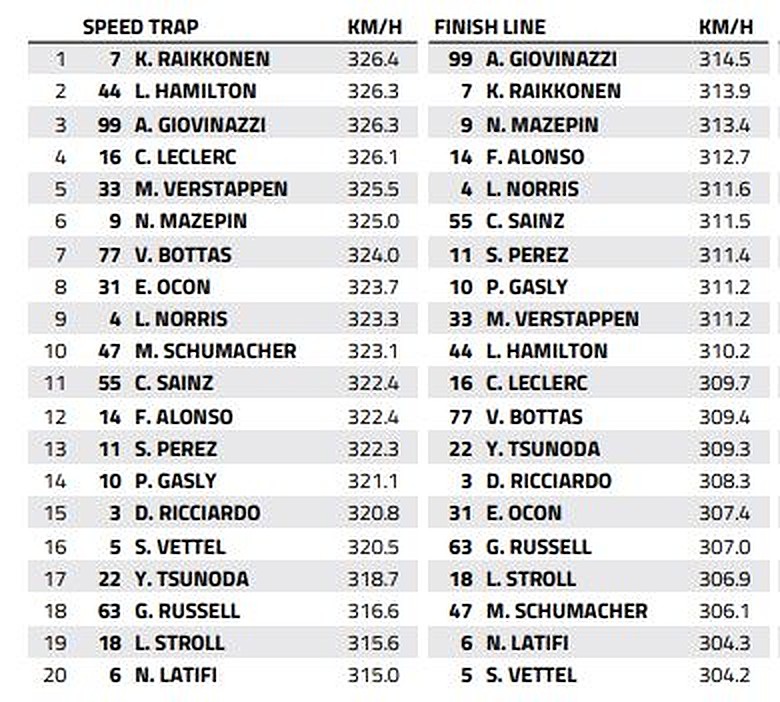