Sebastian Vettel's Saudi Arabian Grand Prix was undone by a contact with AlphaTauri's Yuki Tsunoda while he was running P8, but the Aston Martin driver admits that he didn't belong among the fields' top ten.

Both Vettel and teammate Lance Stroll lined up on the penultimate row of the starting grid in Jeddah as a result of their qualifying runs being thwarted by traffic in Q1.

But Vettel enjoyed a good start and then opportunistically negotiated his way through the races successful red flags to settle in an impressive eighth position.

But his encounter with Tsunoda and subsequent spin put paid to his efforts and sent him down the order.

"I headed off, I think, both Ferraris and if you see where they started, obviously Carlos [Sainz] was more or less in the back of the train as well, but I think we did everything we could.

"Then it was clear in free air or in the race that we just did not have the pace, or the straightline speed, and we didn't belong there.

"So, Yuki was faster everywhere and I think he would have got past within the next 10 laps anyway.

"Obviously he locked up and I went back on the inside and was ahead, then we collided, so destroyed our races. Bitter, because I think we could have maybe saved a point." 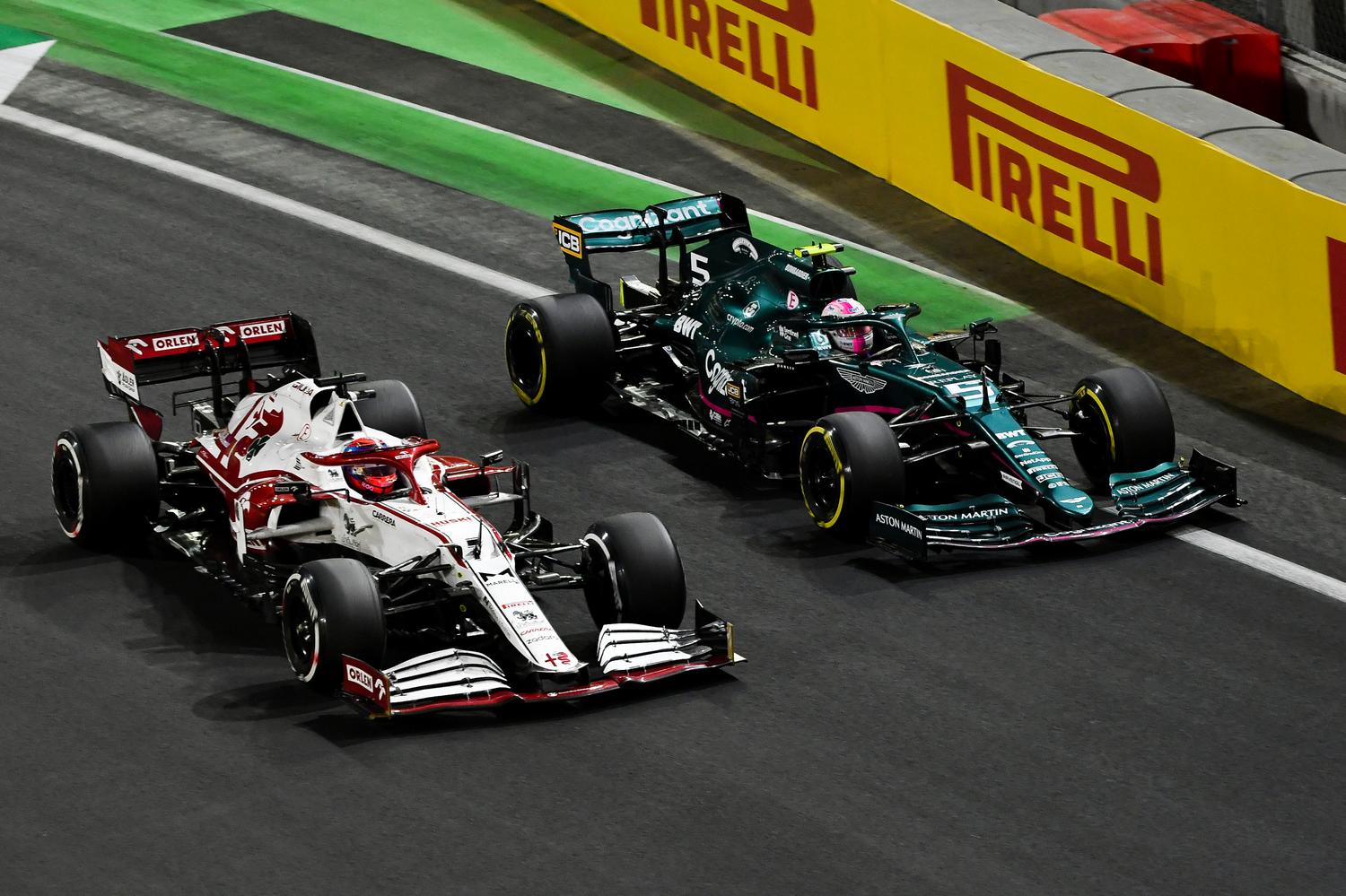 Vettel's on-track woes weren't over however as a wheel-to-wheel dice with his friend and former Ferrari teammate Kimi Raikkonen led to another contact and damage that eventually forced him into retirement.

"I don't know where he wanted to go," explained the four-time world champion.

"So, I was surprised, because I had the inside of the corner last time I checked in the mirrors and the corner goes left, so I don't know where he wanted to go.

"I think we've seen in the starts that this corner is very tight and you can't fit two cars."

Asked if he had cleared up things with the Iceman after the race, Vettel replied: "Not much, Kimi doesn't talk much!"