Ferrari has revealed it Driver Academy class of 2021 that features a diverse selection of ten young chargers, including Mick Schumacher and several newcomers.

Running down the selection from top to bottom, or from F1 to karting, Schumacher will once again be the FDA's single contender at the pinnacle of motorsport, the 22-year-old heading into his second season with the Haas F1 outfit.

FIA Formula 2 runner-up in 2021, Robert Shwartzman won't be racing in the feeder series but the 22-year-old Russian has been handed a the role of test driver for the Scuderia.

Furthermore, fellow F2 racer Marcus Armstrong is no longer supported by the FDA, while Callum Ilott is on a gap year, racing in IndyCar with Juncos Hollinger Racing, which Ferrari says "falls outside the workable scope of the FDA".

In the second junior category, Arthur Leclerc will undertake a second season in the FIA Formula 3 Championship with Prema, with 16-year-old Briton Oliver Bearman – last year's Italian and ADAC Formula 4 Champion – rewarded with a seat alongside the Monegasque in Prema's 2022 line-up in F3.

In Formula Regional, Dino Beganovic will once race as the FDA's representative in the series, with the Swede aiming to win the title in 2022.

Finally, Laura Camps Torras who followed Weug as the winner FIA's Girls on Track-Rising Stars programme, will race karts while also trying her hand in a Formula 4 car. 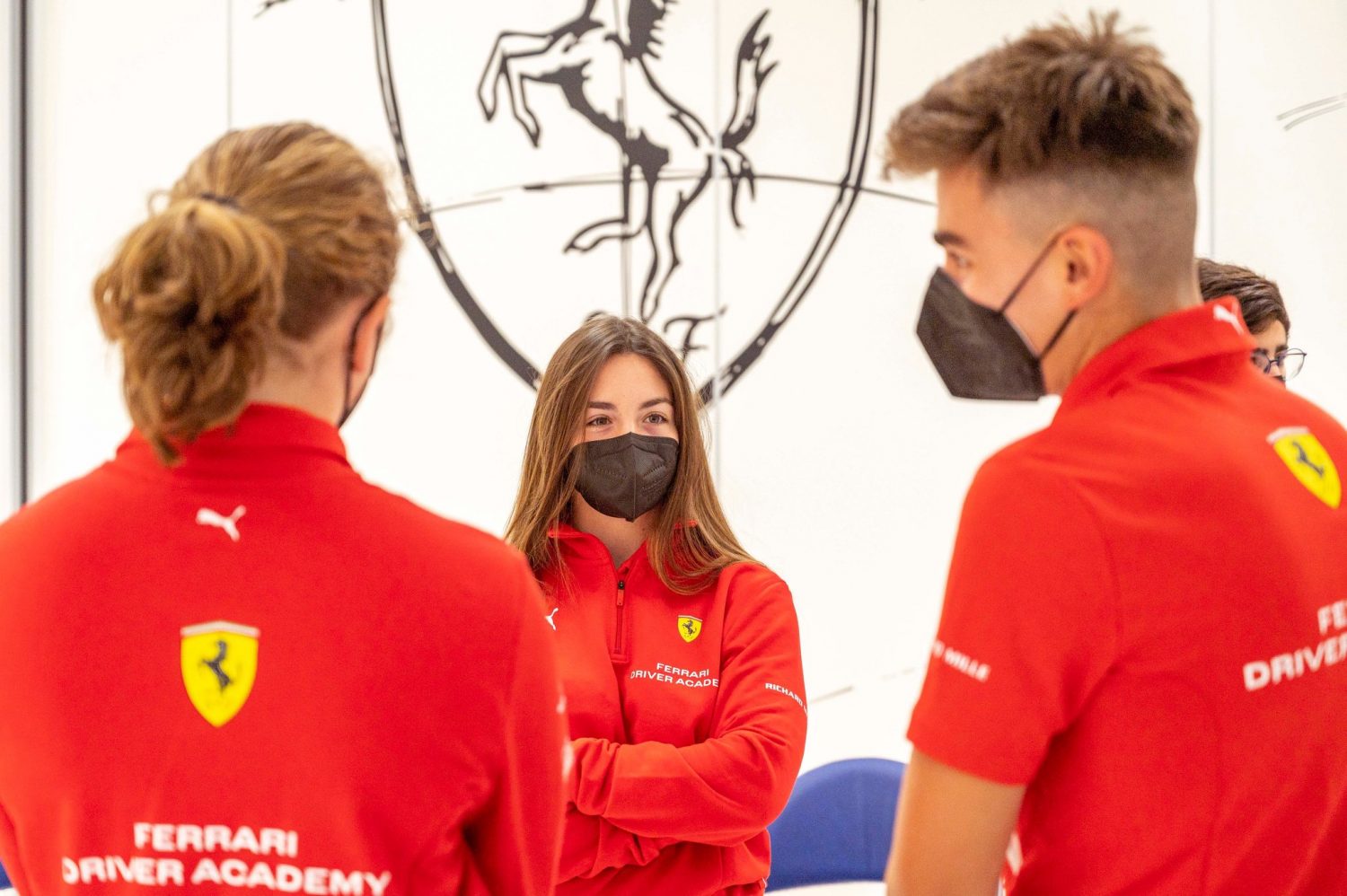 "It’s always a significant day for the girls and boys involved and also for Scuderia Ferrari, because this programme is an important part of what #essereFerrari means.

"The FDA’s role is not simply to get the best out of the most talented youngsters and lead them to race our cars in Formula 1, it is also about forming people and drivers who are able to make the most of the values that Scuderia Ferrari represents.

"This year, seven young men and two young women will work towards their ultimate goal of racing in Formula 1," added Binotto.

"In 2022, 20% of the F1 grid is made up of past and present FDA students. The dream for them and for us is to do the same as Charles Leclerc, who is about to start his fourth season racing for the Scuderia.

I wish each and every one of them the best of luck as they progress through the season, which I am sure they will tackle with the will to learn and above all with a smile, because being a racing driver is one of the best jobs in the world."