McLaren Racing boss Zak Brown says it's time for F1 to rely on a professional panel of stewards, believing that a full-time involvement would help produce more consistent calls.

Beyond the contentious decisions that marked Formula 1's 2021 title-decider in Abu Dhabi, the FIA's officials were in the headlines last year more times than they care to remember.

From policing track limits to judging wheel-to-wheel battles, their calls and sanctions were often disputed by teams and drivers who frequently pointed to the inconsistent nature of the stewards' decisions.

Brown admits that, just like in any other sport, it's impossible for F1's officials "to get it right" 100% of the time.

But the McLaren boss insists that "better judgment calls" can be made. 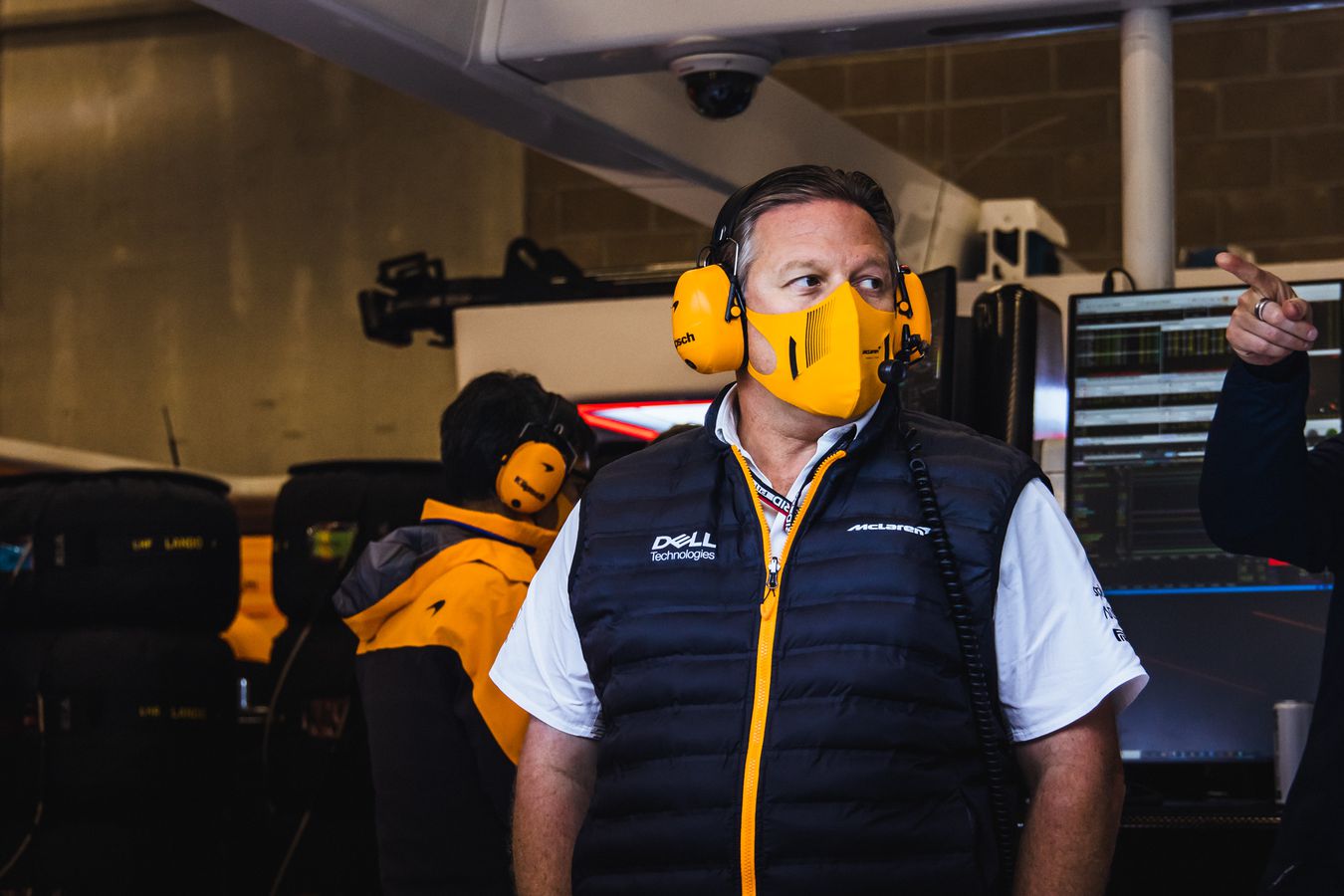 "I wouldn’t want to be a referee in any sport," said Brown, quoted by The Race at a media event in Woking this week.

"It’s no different than in football, ‘did he trip him up, did he not, did he throw an elbow or not throw an elbow?’. There’s a lot of subjectivity to these calls.

"It’s the lack of consistency. I think more full-time stewards would help because I think the stewards are doing the best they can with the flying in and out.

"Some of them are there a lot, some are less. IndyCar pretty much has full-time stewards. So I think that is part of the solution."

On race weekends, a panel of four stewards – including one driver steward – calls the shots when cars are on track during the multiple sessions and on race day, while FIA race director Michael Masi has overriding authority in a number of areas during the weekend.

The stewards are chosen from the FIA's pool of officials, and some individuals officiate quite frequently as Brown suggests.

But the American still wonders why F1 doesn't have a small pool of professional stewards that could rotate over the course of a season.

"I don’t know why it doesn’t," he said. "Clearly, that was a deliberate decision some time ago.

"The teams have the ability to put driver steward names forward, but it’s a selection of drivers. Having more full-time stewards definitely seems to be the right way to go."