The Haas F1 team has confirmed that a consignment of equipment has finally arrived at Bahrain International Circuit in Sakhir ahead of the start of the final three days of pre-season testing.

The cargo has missed the original scheduled dispatch from the UK due to a grounded aircraft, putting the team's preparation for the three-day test at risk.

The consignment was seen arriving at the team's garage overnight. However the team confirmed that the two-day delay meant that it would not be ready to field its new VF-22 on the track on Thursday morning.

Instead, the team hopes to get out in the later session after lunch, and confirmed that reserve driver Pietro Fittipaldi will be behind the wheel if and when that proves to be the case.

"The team's freight arrived late last night to the circuit in Bahrain," a post on the team's Twitter feed said. "This delay will impact our programme but we are targeting being out on track for the second session Thursday afternoon with
[Fittipaldi] driving the VF-22."

However there was no word on when the team would be announcing the identity of the driver who would be replacing Nikita Mazepin in the first race of the season next week.

Haas terminated its contract with Mazepin last week in the wake of Rissia's invasion of Ukraine. It also ended its title sponsorship from Russian fertilised giant Uralkali with immediate effect.

Fittipaldi is believed to be one of the contenders for the full-time seat, having already started two Grand Prix races with the team at the end of 2020. 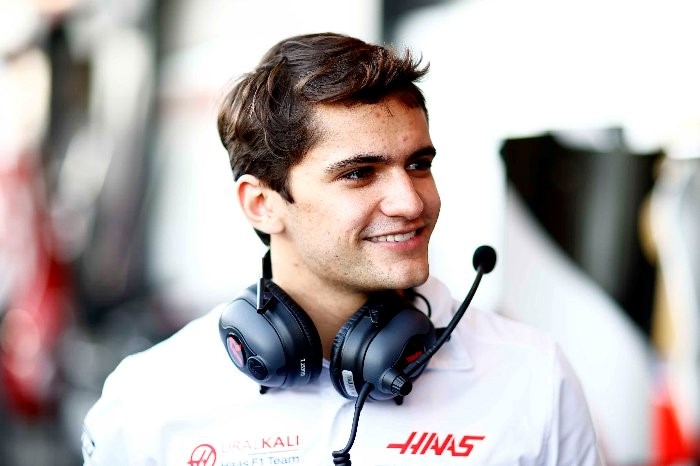 However team owner Gene Haas has said the squad would prefer to recruit more experienced option. Other candidates have also been mentioned, with ex-Alfa Romeo Antonio Giovinazzi among those suggested to make a quick return to F1.

F1 veteran Nico Hulkenberg has also been suggested as a safe pair of hands, with 179 starts under his belt for Williams, Force India, Sauber and Renault, plus two short notice outings for Racing Point subbing for Sergio Perez and Lance Stroll after positive COVID results.

Danish media has also been promoting the prospects of Kevin Magnussen, who raced for Haas up until the end of 2020.

Since parting company with the US squad, Magnussen has been driving in sportscars (in IMSA and the FIA World Endurance Championship) and made his debut in the IndyCar Series.

The team had previously said that it would announce the identity of its new driver on Wednesday. Whoever is chosen will be racing alongside Mick Schumacher, who will be back for a second campaign at Haas.

Mazepin himself is set to hold a 'tell all' press conference with the media about his sacking on Wednesday.