Gasly outpaced his rivals by 0.364s with a run on the soft tyre while both Scuderia drivers set their fastest lap on the medium compound.

Behind the Italian-themed top three, George Russell placed fourth for Mercedes, 0.436s off the pace, while Red Bull's Max Verstappen lined up fifth.

After a busy winter capped off by six days of pre-season testing, teams kick off their 2022 campaign in earnest this weekend in Bahrain.

And the first driver to hit the track this year at the start of an official practice session was Ferrari's Charles Leclerc, who was followed unsurprisingly by Aston Martin super-sub Nico Hulkenberg.

Installation laps were predictably the norm in the opening minutes of the session. However, it was troubled start for Alpine's Esteban Ocon whose A522 was seen shedding a heavy amount of bodywork on Bahrain's pit straight. 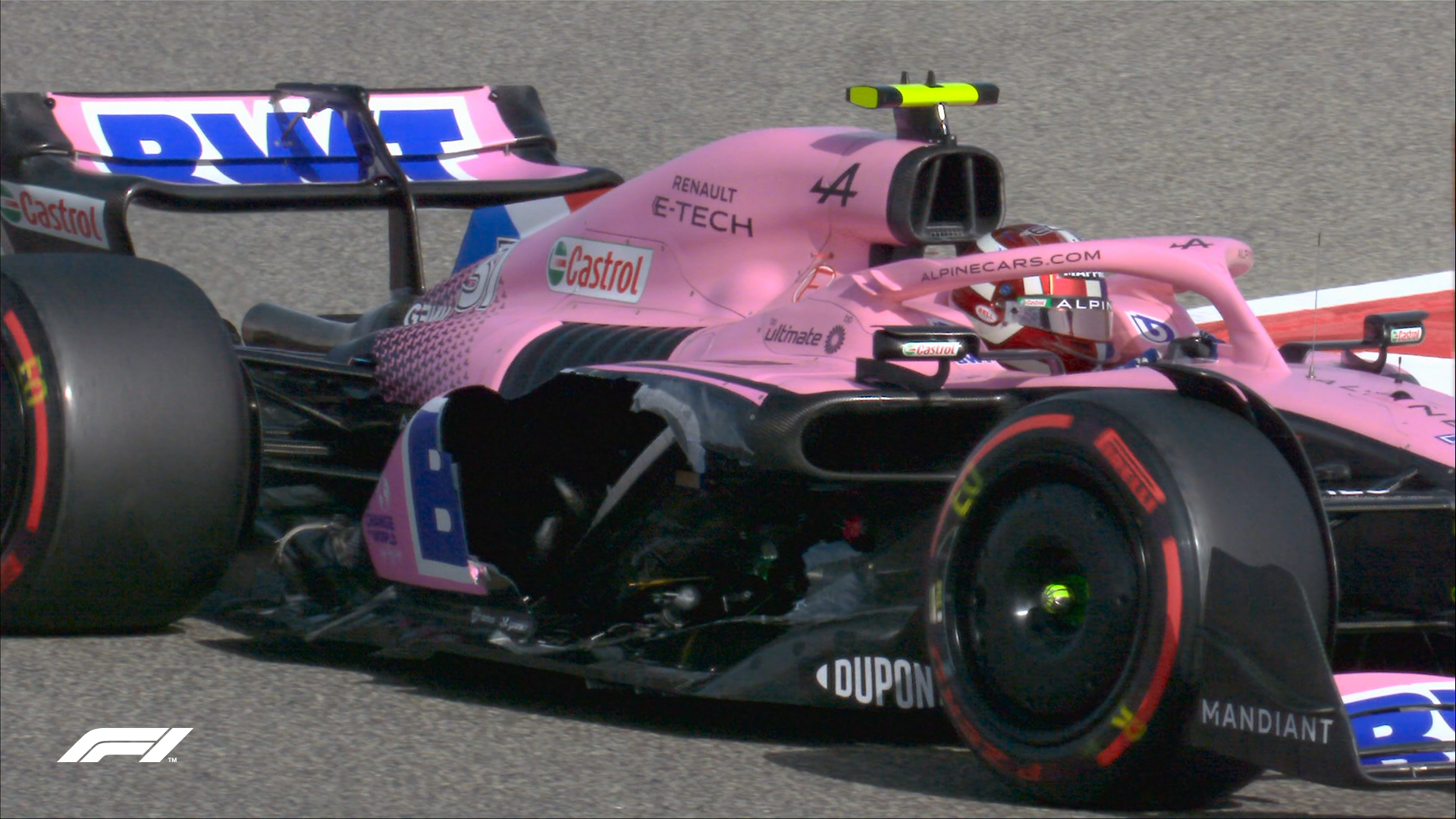 A closer look at the Frenchman's car revealed that a big piece of its right sidepod had blown off, an incident that brought Ocon back to his garage in short order and triggered the first red flag of the year as trackside marshals retrieved the Alpine's bits and pieces.

The session resumed after 12 minutes and so did the action, with Ocon's teammate Fernando Alonso setting a 1m35.247s benchmark on Pirelli's soft rubber.

Mercedes' W13 looked just as peaky in the early running as it did in testing.

Meanwhile, halfway through the session, Red Bull's Sergio Perez dispatched Alonso at the top of the timesheet when he punched in a 1m35.050s. 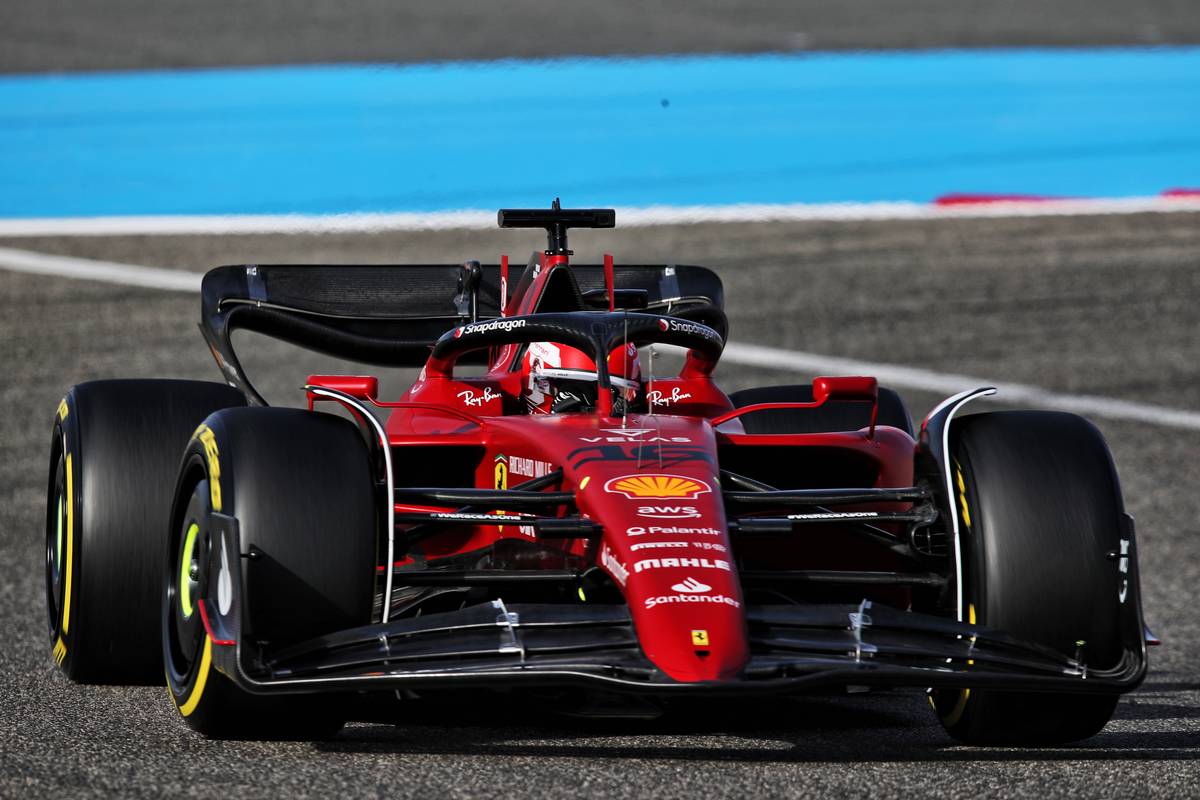 But the Mexican's presence at the top was short lived as AlphaTauri's soft-shod Pierre Gasly - sporting a yellow and blue helmet in support of the people of Ukraine - assumed the lead, with Leclerc and Sainz slotting in second and third, just ahead of Mercedes' George Russell, while Verstappen rounded off the top five.

The session thus concluded with an AlphaTauri-Ferrari Italian combo and a 1m34.193s reference time set by Gasly.

Behind Russell and Verstappen who were roughly half a second behind, Aston's Lance Stroll clocked in P6 just ahead of Lewis Hamilton who was 0.750s off the leading pace. 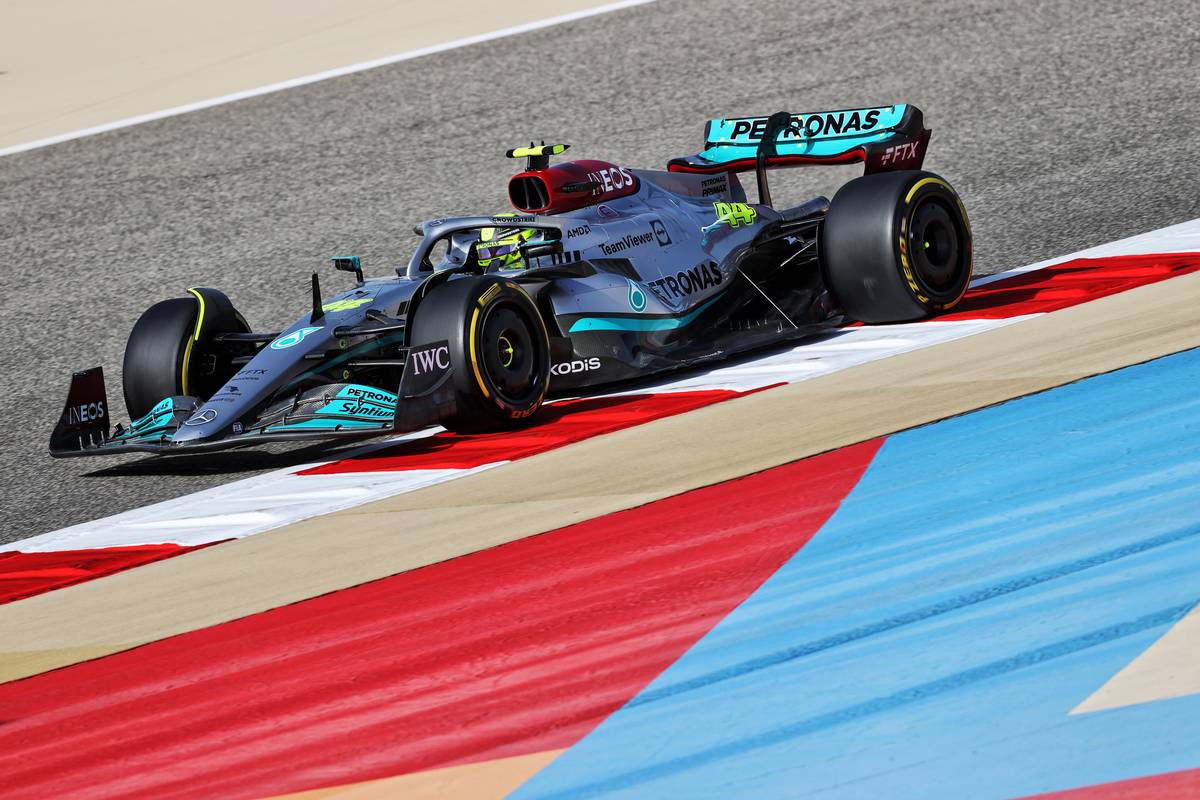 Thereafter followed Alonso, Yuki Tsunoda and Perez who closed out the top ten.

All things considered, Hulkenberg's P14 was an impressive first result for the F1 returnee and one that outdid the performance of the other driver returning to the fray, namely Kevin Magnussen who closed out the running order for Haas, 2.611s off the pace.

It was also a low-profile start for Mclaren with Lando Norris and Daniel Ricciardo concluding the first part of their afternoon a lowly P16 and P17.