Despite a disappointing opening day of running at Imola where Mercedes' W13 was once again way off the pace of its front-running rivals, with neither Russell nor Hamilton qualifying among the top-ten, the former set the pace in Saturday's final practice, delivering a glimmer of hope to his team that its W13 might be able to gain a few spots in the afternoon's 21-lap mad dash.

Alas, the Sprint was nothing more than a processional status quo for the Brackley squad, with Russell and Hamilton clocking in respectively P11 and P14.

Wolff therefore saw no reason to believe in a sudden improvement on Sunday.

"I think points scoring needs to be the minimum, but this is not where we set our expectations and therefore this weekend is a complete write-off," said the Austrian.

"You can say 'well, we're trying to learn', but we weren't great with tyre warm-up, that's why there is not a lot that can be really done. 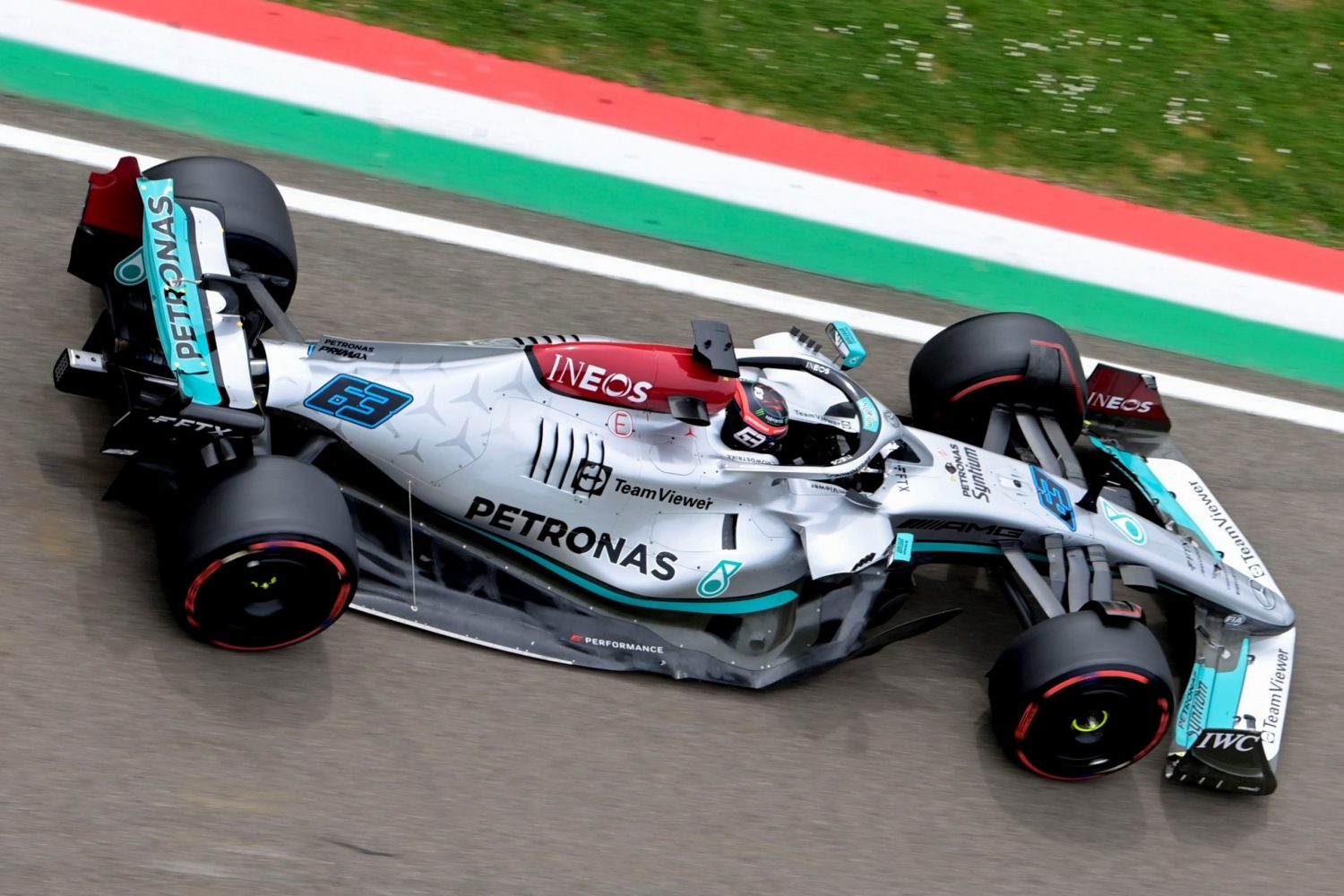 "There is no miracle you can expect at the race start because the overtaking is so difficult. We can make up positions.

"We've shown it today but not quickly and therefore beyond the fact that we are learning it's another humbling experience."

While several drivers were able to rely on DRS to improve on their lowly qualifying positions in Saturday's Sprint, Mercedes' chargers had no such advantage given the relatively weak straight-line speed of their W13.

"I don't know what the rest of the race was like, but it felt processional from where we were," commented Russell.

"The race just isn't long enough to get some tyre degradation there and have some differences between the drivers and the cars, but we have got work to do.

Russell suggested that a bold strategy choice could perhaps offer Mercedes an opportunity to gain a few spots at the end of the day.

"Strategy is going to be key and we are going to have to do something different to our competition," he added.

"That will give us an opportunity to fight and move up the grid, but I am sure we'll understand a bit more tonight, but it is going to be tricky.

"It has clearly been a difficult weekend for us, and we probably overachieved in the first few races. This weekend we are probably where we deserve to be." 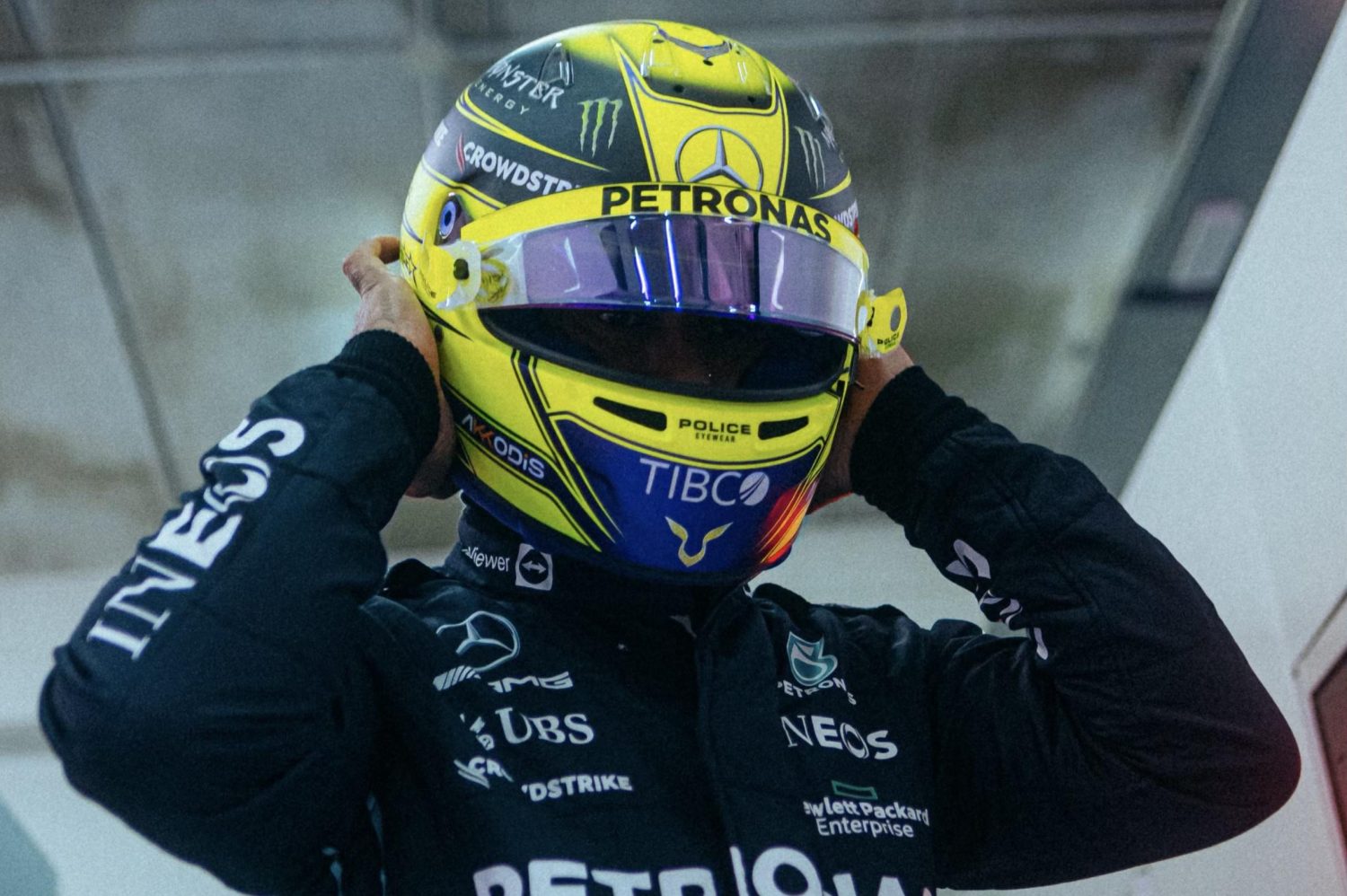 As for Hamilton, like his team boss, the seven-time world champion has written off this weekend's round of racing. But the 103-time Grand Prix winner also appears to have given up on the title.

"Ultimately we haven't got it right this year and everyone is working has hard as they can to correct it.

"We are obviously not fighting for the championship, but we are fighting to understand the car and improve and progress through the year, that is all we can hope for right now."

Despite Mercedes' struggles, Hamilton made clear that he had no intention of packing it in.

"I am 100 per cent committed to this team and there is nowhere else I want to be," he said. "Just because we have hit a rough patch, it is not in my DNA to pack up.

"We are still world champions and we can fix this. It will be a painful year that we will have to ride out together."

Sainz 'made up maximum places he could' in sprint

Ricciardo predicts more to come from McLaren in Imola