He might have missed out on victory, but Sergio Perez was pleased to play a key role in delivering the team's first one-two success in six years at the end of Sunday's Emilia Romagna Grand Prix at Imola.

The last time the squad succeeded in locking out the top two spots on the podium was in 2016 when Daniel Ricciardo won the Malaysian Grand Prix and Max Verstappen crossed the line in second place ahead of Mercedes' Nico Rosberg.

This time it was Verstappen who came out on top with a dominant lights-to-flag at the front, while Perez claimed second after making a brilliant start in wet conditions at Autodromo Enzo e Dino Ferrari.

"To get a one two in these conditions, I think it's a great result for the team," Perez told the media in parc ferme after the finish.

Perez had been able to jump ahead of Charles Leclerc at the start of the race, although he briefly fell behind the Ferrari once more during the round of pit stops and had to snatch the position back again.

"It was a really intense fight since pretty much halfway through the race," Perez explained. "It was all under control, but then [Leclerc] started chasing us with the stop, and then it was a fight trying to warm up the tyres.

Leclerc continued to press hard for the remainder of the race, until he pushed too far and spun off in the closing laps dropping him to sixth place.

"The most important thing today was not making mistakes," Perez said. "Because with these conditions, it was so tricky out there."

Today's result is vindication for Red Bull after a problematic start to the season in which strong finishes were repeatedly undone by reliability issues, leaving them lagging behind Ferrari in the championship. 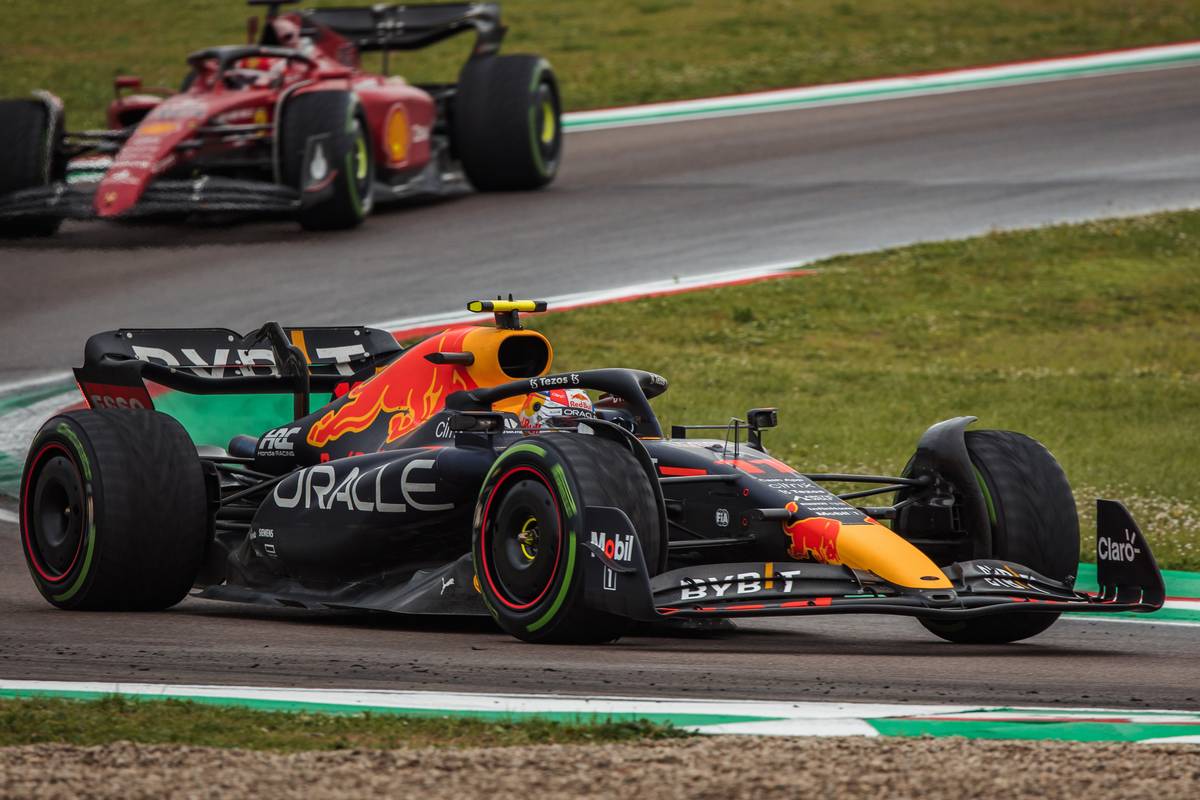 "We've been so unlucky," Perez said. "The start has been so difficult for us, so I'm very pleased to see everyone on my team is smiling today."

There were no such reliability issues this weekend, and the Red Bull's pace in both wet and dry conditions was more than a match for Leclerc and Ferrari.

However Perez was disappointed to finish more than 15 seconds behind his team mate, and says that he needs to close that gap if he wants to be the one on the top step in future races.

"That's the target," he confirmed. "There are still a few bits that we have to make better to get closer to the win, but I'm very happy that Max got it today."

A veteran of 217 race starts since his F1 debut in 2011, Perez is still looking to add to his only two race wins in Sakhir and Azerbaijan.

Meanwhile the team has closed to within 11 points of Ferrari in the 2022 constructors championship after four races.

"Today is a great day for the team, we just have to keep working," Perez said.