The start of the 2022 season didn't go according to plan for McLaren which struggled badly in the season opener in Bahrain. But ever since that misfire there's been steady improvement for the team, culminating in a surprise podium for Lando Norris in today's Emilia Romagna Grand Prix.

But while Ricciardo went off into the gravel after clashing with Ferrari's Carlos Sainz, Norris got a brilliant launch and passed Charles Leclerc for third place going into the first corner.

Although Leclerc was able to subsequently retake the position, he then spun off in the closing laps allowing Norris to reclaim his place on the podium alongside Red Bull drivers Max Verstappen and Sergio Perez.

"An amazing race, an amazing weekend to be honest," Norris told the media in parc ferme after the finish, admitting that even he was a little shocked to end up in the top three this weekend.

"[It] is much better than we were expecting, so I'm happy," he beamed. "The team deserve it. From where we were in race one to now - scoring a podium - I think they all deserve it. Top job to the team."

Coming into the weekend, the team had been careful about not getting too excited about their recent return to form even though both cars in the top six in Australia, 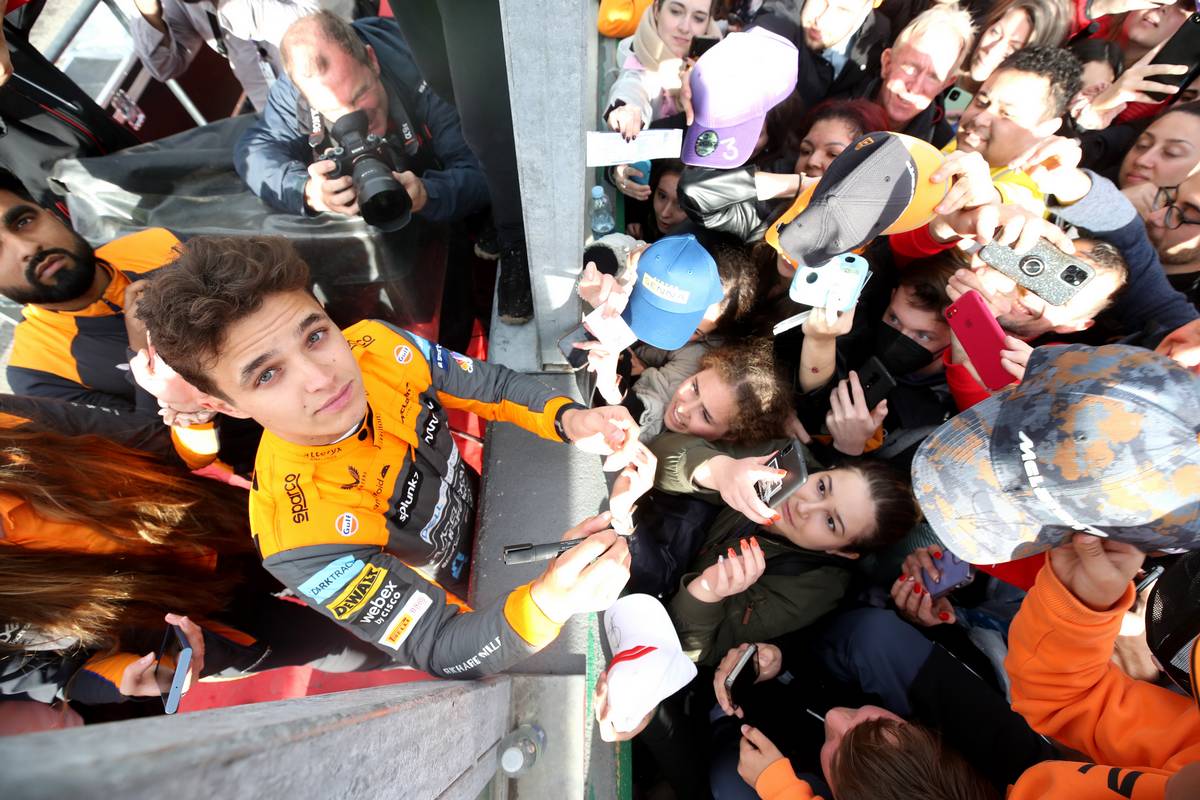 But finishing on the podium in Imola, in some of the trickiest wet/dry conditions the drivers have encountered so far in 2022, strongly suggests that the team's work on the MCL35 really is starting to pay off big time.

"The boring answer is that it is hard work," Norris said when asked to explain the reasons behind the team's quick turnaround. "There's a lot of time and effort being put in back in the factory, and by everyone here.

"It's a mixture of this and tricky conditions this weekend," he added. "We've been able to capitalise on that as well. I love these conditions, so I always do quite well - the same last year, pretty much.

"It's just hard work and a great weekend, and it all pays off."

Unfortunately there was less satisfaction for Ricciardo, who dropped to the back of the field after his early clash with Sainz at Tamburello. 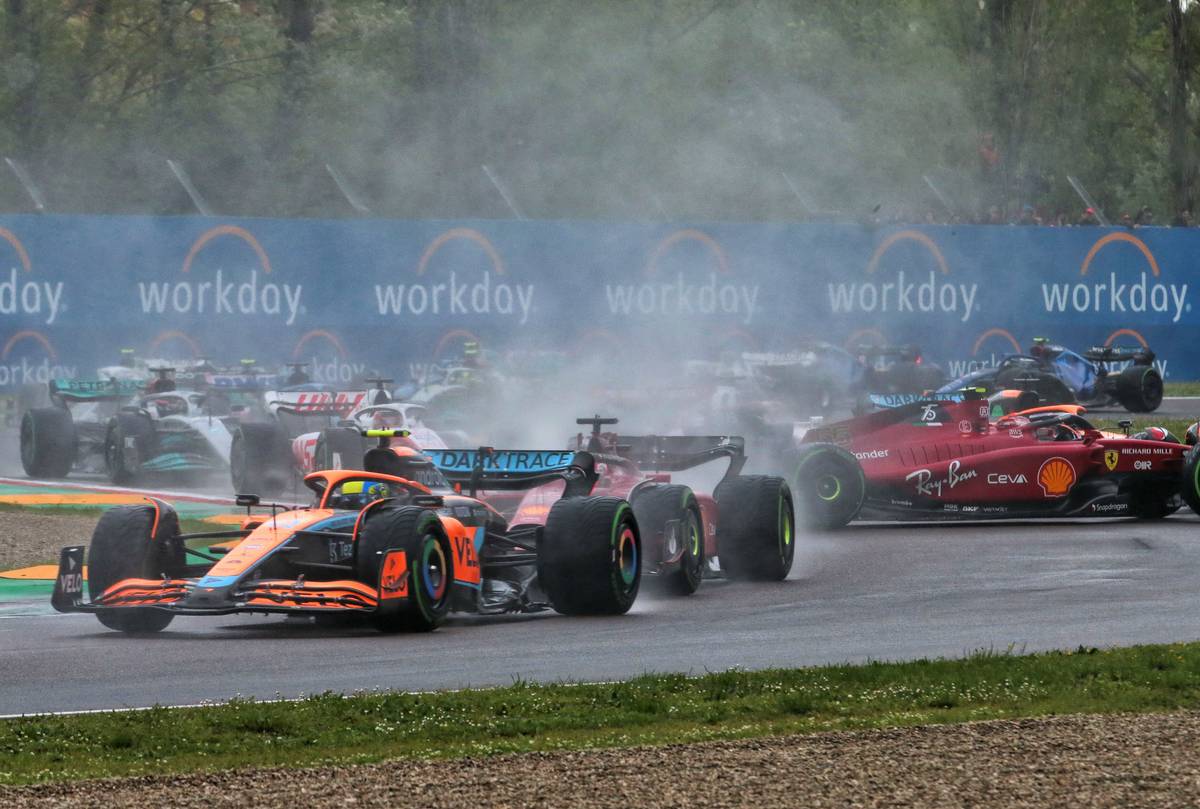 "I originally thought I'd got hit into Carlos, but I think it was originally me getting into him," he admitted afterwards. "Turn 1 is going to bottle up, and I think I got onto the kerb, tried to give myself a little bit more space.

"As soon as I got on it I just started sliding right off it," he said. "I was just sliding up, up, and then at some point Carlos has to turn left to make the right, and we just came in and obviously I collected his rear.

"As soon as I hit him I saw him spinning, and I was just like: ah, yeah, that's not fun. Obviously ruined my race but also his," he sighed, adding that he would apologise to Sainz for the incident. "I obviously have to be accountable for that."

After making two further pit stops to give the team data on how the medium and hard tyres were performing at various points of the race, Ricciardo ended the race in P18, the last of the cars still running at the chequered flag.