Another race, another bout of bad luck for Fernando Alonso who found himself on the receiving end of a mistake by Mick Schumacher in the Emilia Romagna Grand Prix.

Alonso enjoyed a good start from P9, but as the field entered the first corner, too much wheelspin saw the rear of Schumacher's Haas gyrate into the side of Alonso, destroying the Alpine's right sidepod.

In light of the damage inflicted by the Haas, the Spaniard returned to the pits where his crews retired the n°14 Alpine. It was Alonso's second DNF of the season.

"Obviously I didn’t see much, but I saw the replay that Mick spun unfortunately and touched my car, and destroyed completely the right-hand side of my bodywork and floor," the F1 veteran told F1 TV.

"So that was too much damage to keep racing. Another time that, out of our control, we lost another race.

"I think we are extremely unlucky in this first part of the championship but there’s still a long way to go – hopefully we can recover." 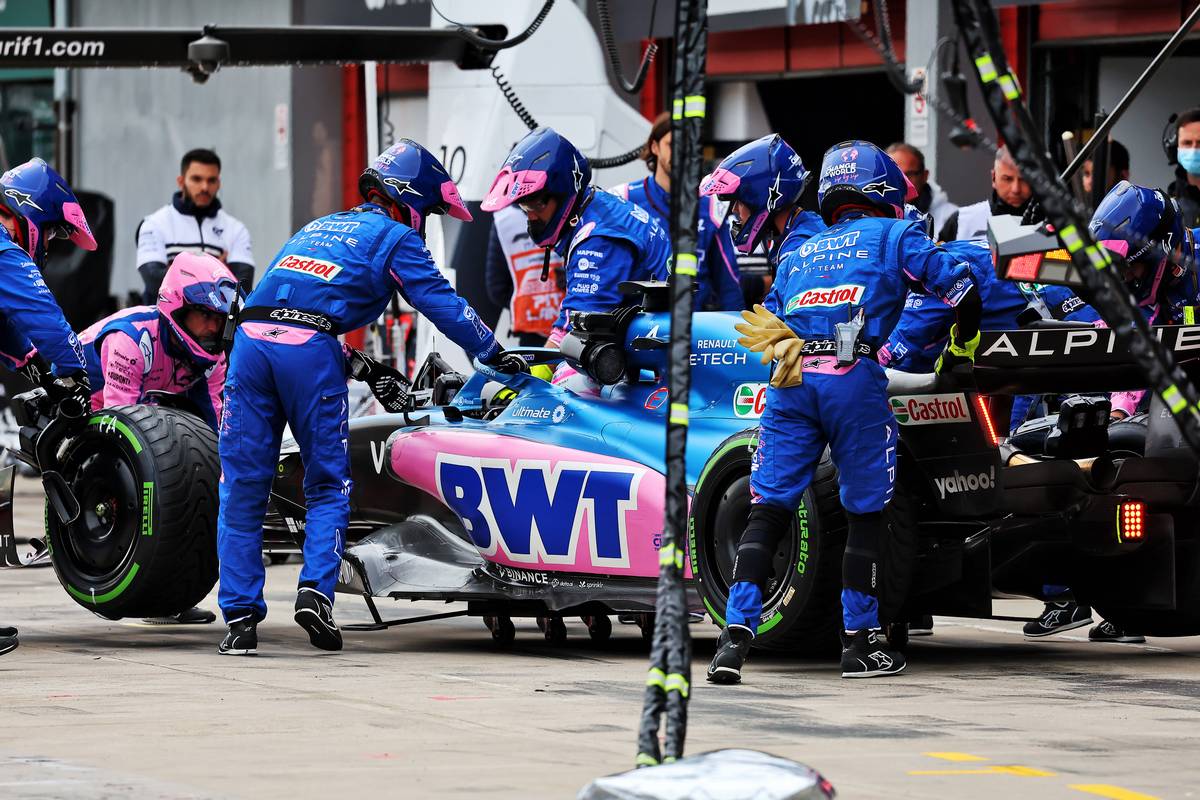 Assessing his weekend overall, Alonso felt that Alpine's A522 had lost a bit of its race pace since Melbourne.

"We were a little bit slower than previous weekends, especially in race pace, but on qualy we are still quite strong," he said.

"So we still need to review and we will work on the race pace, but the car seems quite fast this year and it is unbelievable we only have two points in the Drivers’ Championship because I think it’s a little bit unfair at the moment."

Contrary to his teammate, Esteban Ocon saw the checkered flag on Sunday, albeit in a lowly 14th position, just two spots better than where he started.

However, his efforts weren't helped by an unsafe pitstop release by his team that earned him a five-second penalty. The Frenchman also confirmed Alpine's lack of pace in race trim.

"We lacked a bit of race pace and in the end we were not quick enough to get into the points even without the five second penalty," he said.

"It’s a really tight pit-lane but we’ll be looking at exactly what happened in the debrief tonight to see if it could’ve been avoided.

"We’ll learn and move on from this one, and I’m already looking forward to Miami."

Bottas spurred on by battle with Mercedes' Russell