Valtteri Bottas says that racing Mercedes' George Russell in the Emilia Romagna Grand Prix was his principal source of motivation on his way to scoring his third top-ten finish of the season.

Russell and Bottas spent almost the entire duration of the race running nose to tail, which inevitably brought back memories of the pair's scrap last year at Imola which ended in a massive crash for which Russell was ultimately deemed responsible.

Twelve months on, and with Russell having since taken Bottas' seat at Mercedes, the Finn was provided with the perfect incentive to spur him on, even if he came up short at the end of the day. 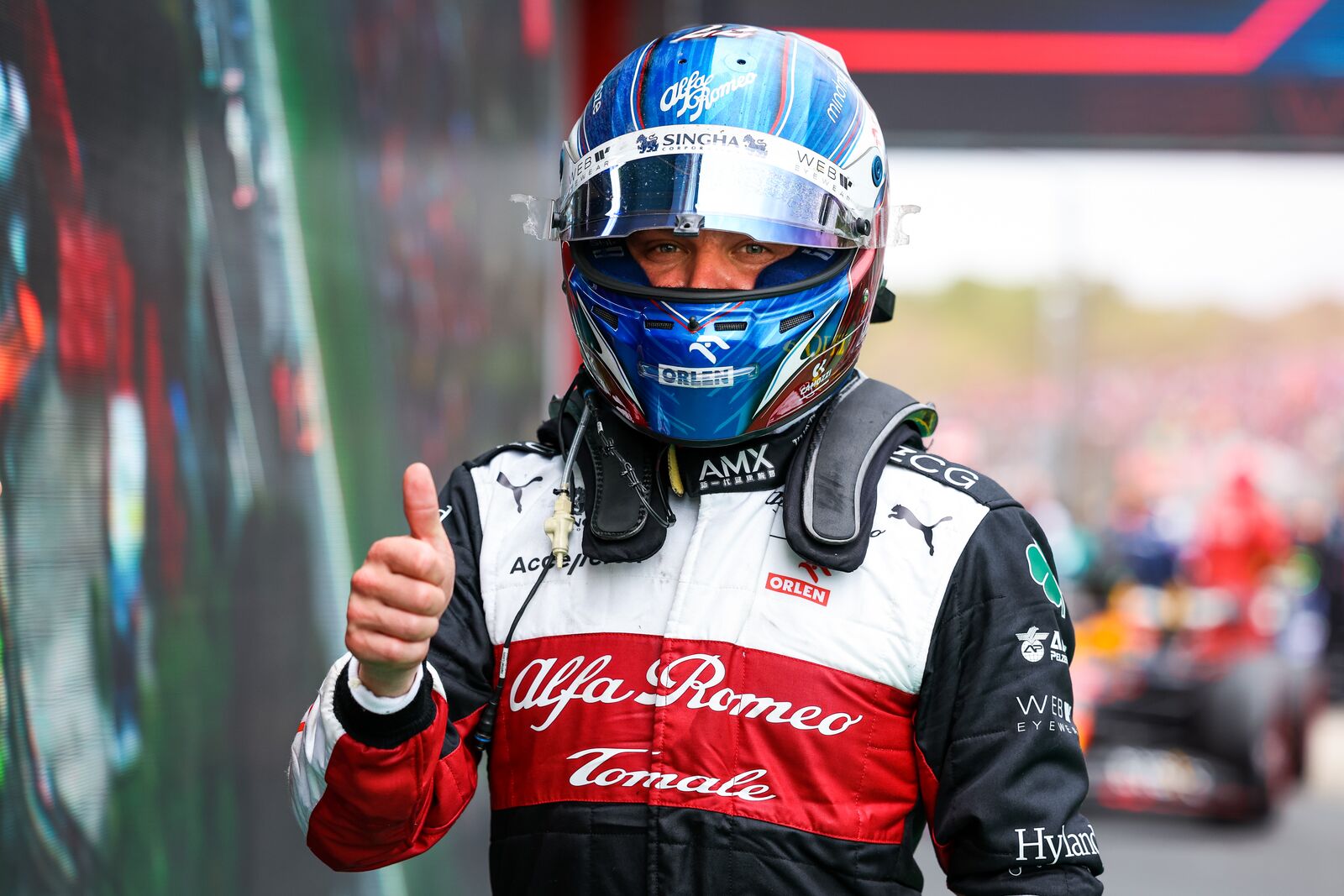 "I tried not to think about it!" said a facetious Bottas. "But Mercedes and George, that was my motivation throughout the race, to push every lap and hopefully get a chance towards the end.

"I didn't quite get it. I lost like 10 seconds in the pit-stop, and without that, for sure it could have been a bit different."

Looking back at his run to P5, Bottas admitted that he had been lucky to escape the commotion on the opening lap without any damage despite a contact with McLaren's Daniel Ricciardo at Turn 2.

"It was a good race, even with a bit of contact in Turn 2," he recounted.

"Initially, I was worried, because it was a decent hit, but luckily, maybe I hit [him] in the right angle.

"Suddenly, there was Sainz coming from the right sideways, Ricciardo hit him. I had no time to react.

"Actually, I was surprised that I could still carry on pretty well and I didn't, in the end, lose any positions.

"The upgrades we had this weekend definitely made the car even stronger, so it’s a good feeling."