Catch up with what the teams had to say following round 4 of the 2022 season, the Emilia Romagna Grand Prix at Imola. 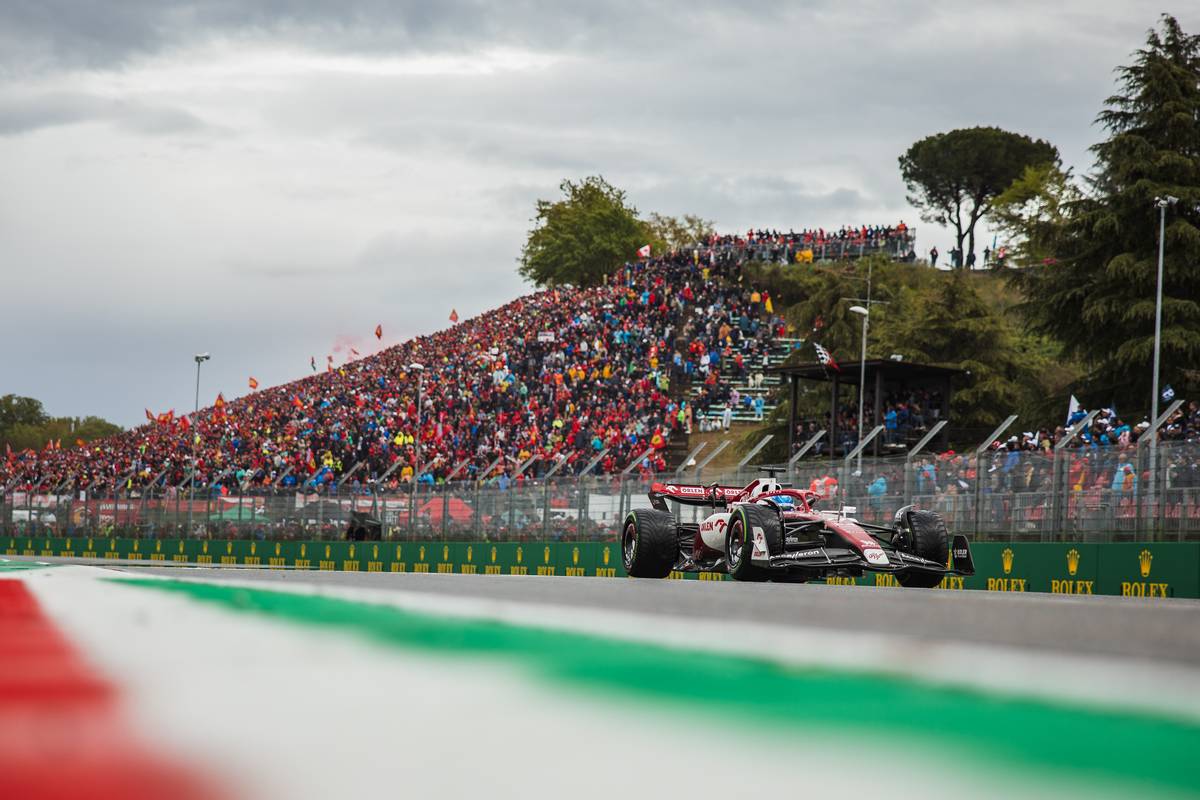 Valtteri Bottas
“First of all, I want to thank the team who did a great job putting the car back together: there were so many things they had to change but they were brilliant and thankfully everything worked perfectly. I always trust the crew to get the car right, but they had a big task ahead of them and they delivered. Once we got racing, it was a fun afternoon with a lot of battling and some nice overtaking. I had a good, close fight with Fernando [Alonso] which was enjoyable, but overall it was an exciting Sprint for me. I had a bit of wheelspin at the start and I lost a few places, but after that my performance was strong. The car felt really good in terms of balance and we had good pace, so we should be in a strong position for tomorrow as well.”

Guanyu Zhou
“It’s obviously disappointing to end a race like this, especially because we have a good car that allows us to be competitive. I was in a hard but fair fight with Pierre [Gasly] and Lewis [Hamilton] throughout the whole of sector one and the beginning of sector two, I made a move on Pierre in turn nine and I was ahead going into the braking zone. I got a big hit on the exit, and that spun me into the wall: it was a big surprise but that was the end of it. It’s a shame as we had a good opportunity to gain some places, the car has quite a bit of damage and it’s going to be a lot of work for the mechanics, unfortunately. Now we need to focus on making a comeback tomorrow: we still have a good car and you never know what can happen. The team is working in the right way, our upgrades work and we saw today that overtaking is possible. We will do our best – we made it into the points from last at turn one in Melbourne and we’ll try to do it again this time.”

Frédéric Vasseur, team principal
“It’s always a bittersweet feeling when you have a strong result with a car but the other fails to finish, but in a sense we can take it as, effectively, it’s just qualifying today. Valtteri delivered a really determined performance, putting in some good overtakes and bringing home two points, and the fact he was racing at all is to the credit of the crew, who did an incredible job to rebuild his car from scratch after yesterday’s technical issues. Unfortunately, Zhou was caught in a first lap collision that ended his race: we need to assess the damage ahead of tomorrow but he has the means to make up ground. The main takeaway from today is that our car looks really strong in race trim and we can aim to have a good result tomorrow.”