Max Verstappen likened today's Miami Grand Prix to a gruelling boxing match, but said that didn't mean he had any plans to hang up his racing helmet in favour of a pair of boxing gloves anytime soon.

Verstappen had started from third place behind both Ferrari drivers, but was immediately able to get past Carlos Sainz through the first corners on lap 1.

It took him longer to take care of race leader Charles Leclerc, but he finally forced his way through on lap 9 to take up residence at the front when his opening set of medium tyres proved more durable than those of his rival who had been pushing hard from the start.

After covering off any strategic opportunities available to Ferrari during the single round of pit stops, Verstappen looked to be in cruise control of the race from that point on.

However the situation changed when an accident between Lando Norris and Pierre Gasly on lap 41 resulted in a safety car that closed up the entire field and gave Leclerc the chance to strike at the restart.

Verstappen was able to resist the pressure and finally pulled out of DRS range to secure his third victory of the year and cut the gap to Leclerc in the 2022 drivers championship to just 19 points after five races.

"I'm incredibly happy with winning here in Miami. It was an incredible Sunday for us," he told the media and retired American racing driver Willy T Ribbs in parc ferme after the finish

"It was an incredible Grand Prix," Verstappen continued. "Very physical as well, but I think we kept it exciting until the end. 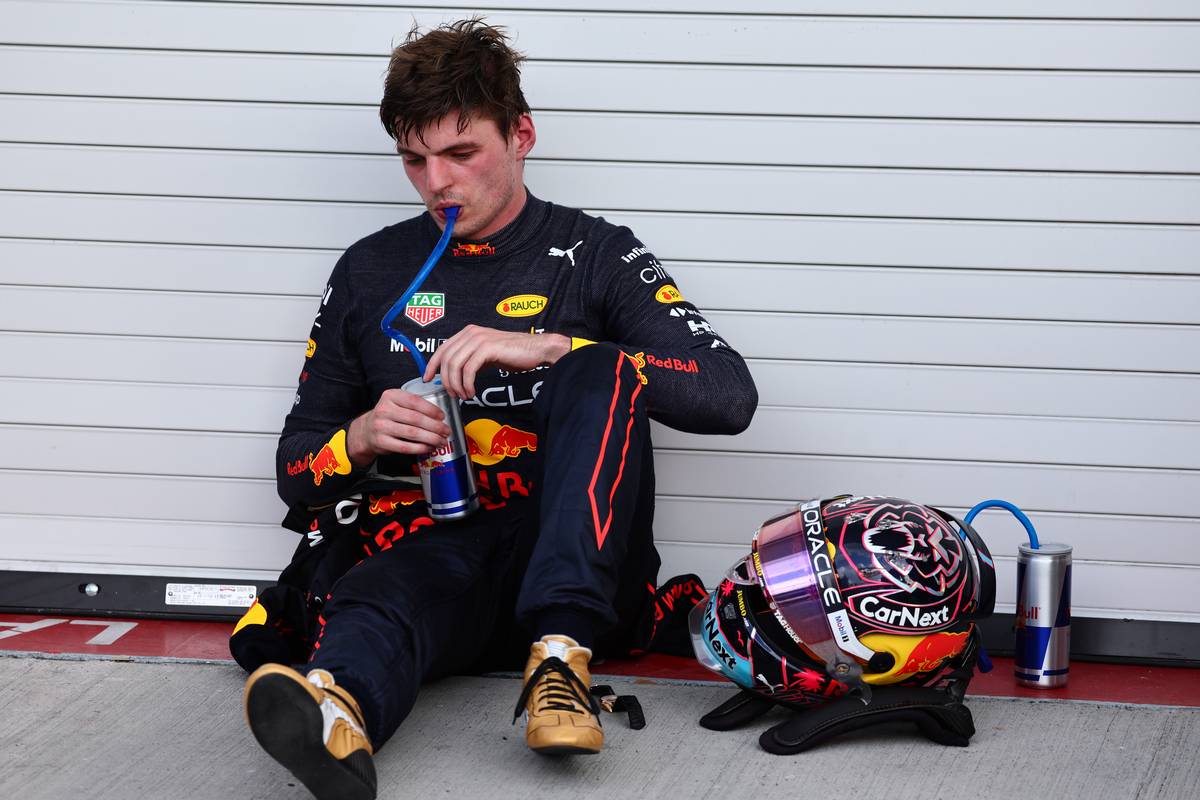 Ribbs suggested that Verstappen looked "good shape" despite the scorching heat and suffocating humidity of the afternoon and said the reigning world champion looked "ready to get into the boxing ring".

While appreciating the sentiment, Verstappen wasn't ready to step into the ring anytime soon.

"I appreciate boxing a lot, and it felt a little bit like that out there in terms of how we feel right now," he agreed. "[But] I think I'll stick to racing."

The late safety car enabled Verstappen's team mate Sergio Perez to take a 'free' pit stop and switch to a new set of tyres for the remaining 11 laps of the race.

But despite that advantage, the Mexican was unable to find a way past Sainz to join Verstappen on the podium at the Miami International Autodrome and had to settle for fourth place.

Sainz fought off neck pain to hold on to Miami podium