Daniel Ricciardo endured a disappointing race weekend in Miami, but the McLaren charger pinned part of his woes on the new venue's layout which played to his MCL36's weaknesses.

While teammate Lando Norris hauled his car into Q3 and up to P8 in qualifying, Ricciardo was left stranded in Q2 by a downshifting issue that delayed his final run in the segment, which compromised his out-lap and ultimately his entire effort.

On race day, from 14th on the grid, Ricciardo benefitted from the absence of both Aston Martin's to gain a few spots at the start before he stabilized his position in P13.

Having opted for a long first stint on the medium tyre, the Aussie ran as high as eight before falling to P17 after his switch to the hard tyre.

The late safety car triggered by a spectacular run-in between Pierre Gasly and Norris offered a free opportunity to bolt on a set of softs but the improvement only pushed him up as far as 11th. 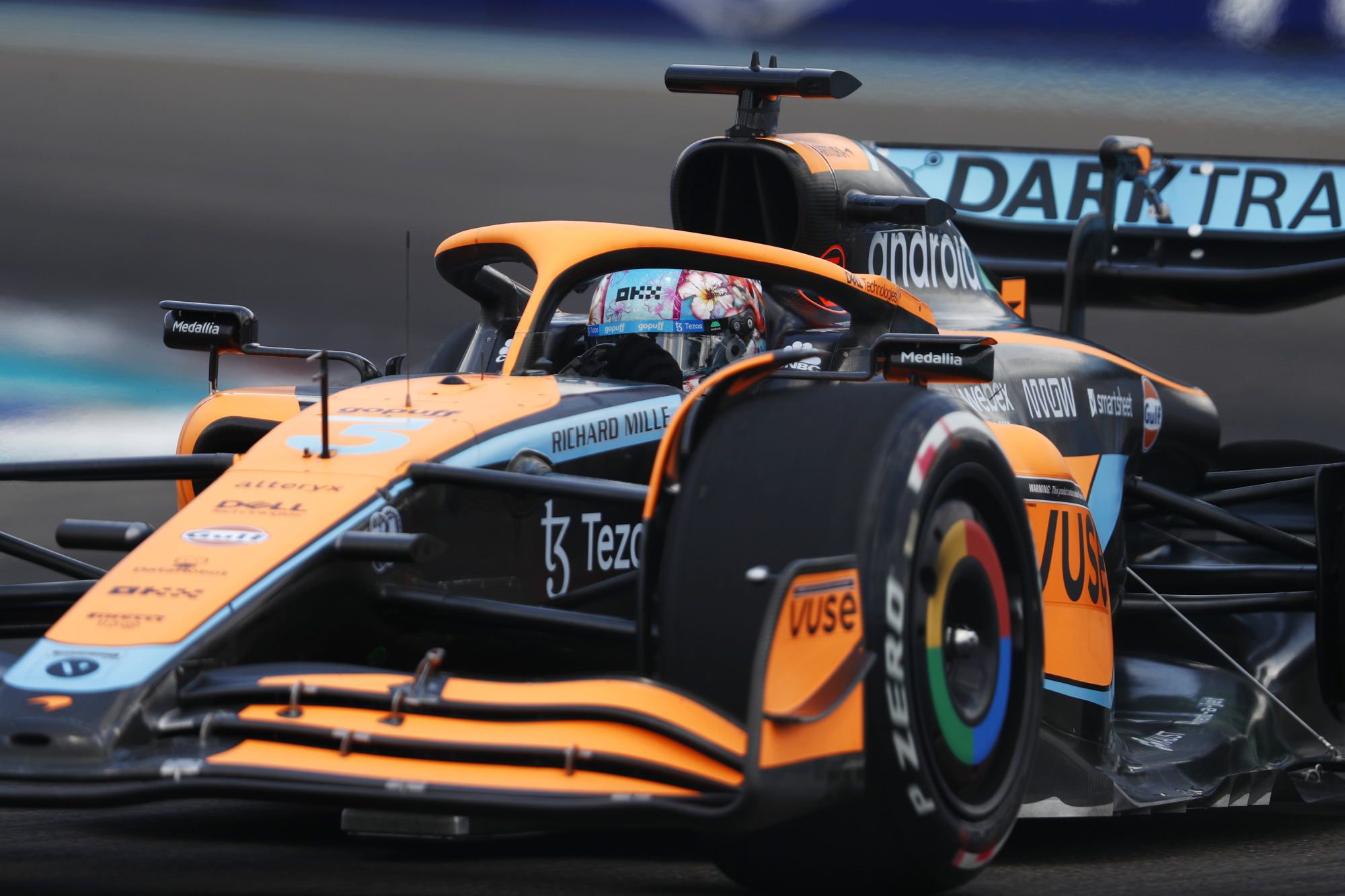 "Unfortunately, the track played a bit more to our weaknesses than our strengths. So yeah, what do you do?" commented Ricciardo after his hot and sweaty afternoon.

"We’ll keep at it, there’s a lot of things to observe, address and we’ll keep our eyes forward. I think this track certainly played to our weaknesses.

"Lots of long corners, lots of long straights, so we’ve got to work on that."

Unfortunately, a five-second penalty handed to the McLaren driver for running wide at Miami's Turn 12 and gaining an advantage during a post-safety car tussle with Kevin Magnussen dropped Ricciardo to P13 in the race's final standings.

"It is tough when you do a long race like that and don’t get in the points but what’s done is done, we’ll keep working," he admitted.

McLaren thus departed South Florida with no points on the board, but the papaya squad will regroup in Spain next week at the Circuit de Catalunya, a familiar track that should better suit its MCL36.

"Barcelona, everyone will have a few updates, hopefully ours sprinkle a little more juice on it than others and we’ll come back again," said the Honey Badger.

"Barcelona should suit us a bit more, so I’m looking forward to that."