Jonathan Palmer says the way Max Verstappen made minced meat of his Ferrari rivals in Miami must be "a worry" for the Scuderia.

Charles Leclerc and Carlos Sainz had locked out the front row at the Miami International Autodrome and were determined to oppose a united front to the Red Bull charger.

But Sainz succumbed to Verstappen as early as the first corner, a weak defense that instantly boosted the Red Bull driver's chances of success as Palmer wrote in his post-race column for Formula1.com.

"The worry for Ferrari at the moment must be the manner with which Verstappen is able to beat them, even when he starts behind both cars, and on a Miami circuit which the majority of the other drivers found tricky to overtake on without a significant tyre offset," commented the ex-F1 driver.

"Verstappen didn’t rely on team tactics or strategy for the win either, he outmuscled Sainz at the first corner to immediately split the Ferraris.

"Sainz was a bit hampered by his inside line and being boxed in by Leclerc at the apex, but could he have been a bit more aggressive in squeezing Verstappen before the braking zone?

"This move was essential for Verstappen’s win. A front row lock out is such a dangerous advantage for a team because it gives them the strategic options to cover off the nearest threat in the pit stop phase." 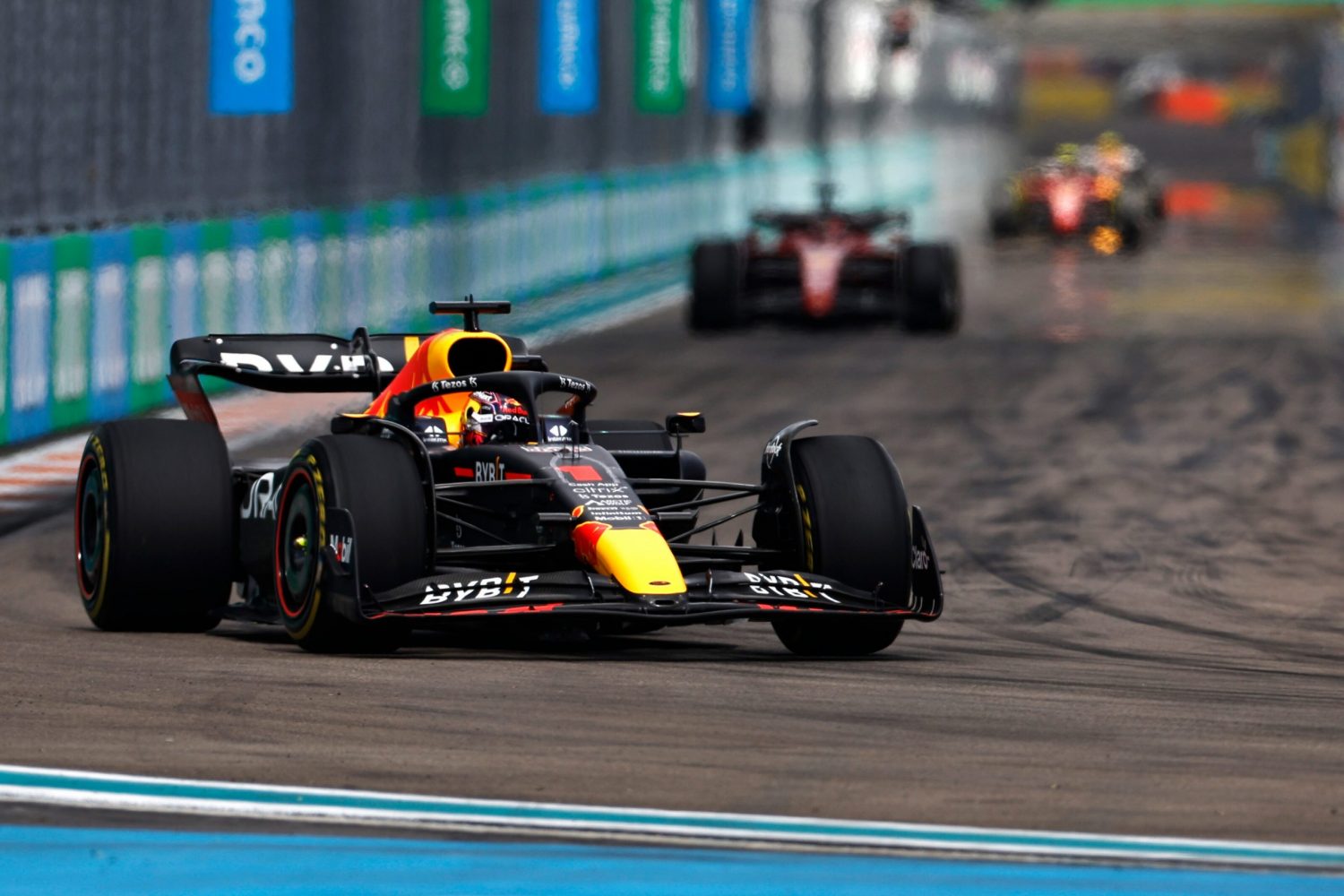 Leclerc held his own up ahead for eight laps, but when Verstappen turned up the pressure a notch, thanks in large part to the RB18's superior straight-line speed, the Monegasque was easy fodder for the Dutchman.

"At the end of Lap 8 Verstappen was within DRS range of Leclerc, in a Red Bull that is quick on the straights, the pressure was beginning to mount on Leclerc who was just showing signs of struggling with his front tyres," added Palmer.

"This gave the Dutchman a brilliant opportunity to pass, which became a slam dunk when Leclerc gifted Verstappen the inside line into Turn 1.

"Passes for the race lead don’t come much easier than that, particularly against a driver who is almost certainly Leclerc’s main title rival."

So far, it's been a tight battle out on the track between Leclerc and Verstappen, who are now separated by just 19 points in the Drivers' standings.

But Palmer believes that Leclerc was "surely too generous" with his arch rival in Miami.

"After all the drama of his Hamilton title fight in 2021, Verstappen must be appreciating this fight so far, with both drivers being extremely respectful of one another," said Palmer.

"But Leclerc in Miami was surely too generous.

"Maybe he was hoping to get the DRS on the long straights next lap, but unlike in Bahrain or Jeddah where that tactic worked, the next DRS wasn’t on the corner exit – but seven turns later.

"Verstappen could break clear, and did."

Mercedes explain why it queried Hamilton on late strategy call