Liberty's approach to expanding F1's presence in the United States beyond its single race in Austin has been to select popular destination cities in the country.

Earlier this month, Miami successfully hosted its inaugural F1 event while Las Vegas which will join the calendar from next season.

But New York was earmarked as a potential hosting city as early as 2011 by then F1 supremo Bernie Ecclestone.

Although a plan to race along the shores of the Hudson River across from Manhattan was put on its rails at the time, the project was eventually nipped in the bud due to its lack of financial support.

Speaking at a media event in New York on Thursday, Maffei revealed that NYC mayor Adams, who has been in office since January 1 of this year, had contacted Liberty Media and suggested the conjoined Randalls and Wards Islands that are separated from Manhattan by the Harlem River as a potential site for a NYC Grand Prix. 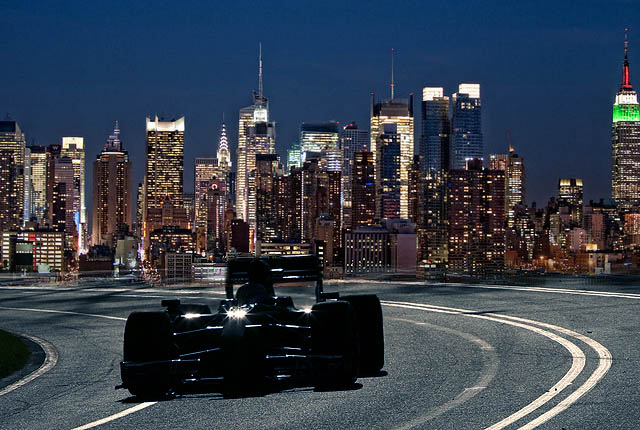 "The Eric Adams administration has reached out asking for one," said Maffei "I think that's very difficult. Their proposal, Randalls Island, is probably not our perfect venue.

"You know, a lot of time and money was spent here 15-20 years ago [sic], including by Leo Hindery, one of my predecessors, trying to build one out over in Hoboken.

"I think the reality is street races in a place like New York are just very, very, very hard. Las Vegas is one of the few places in the United States you could probably get a street race done, it has a different mentality.

"New York is a wonderful venue, but it's hard to see that they're going to shut Central Park for us!"

When it was suggested to Maffei by the event's moderator that New Yorkers would perhaps love to see a race in the Big Apple, the Liberty executive pushed back on that view.

"I suspect there are a few other groups which might not, so probably a fight we don't need to have."