Ferrari's Charles Leclerc remained in charge of proceedings on Friday, staying top of the timesheets for second practice at the Circuit de Barcelona-Catalunya ahead of this weekend's Spanish Grand Prix.

Mercedes were also looking much more on form this weekend with George Russell and Lewis Hamilton finishing in front of Carlos Sainz, and Red Bull's Max Verstappen only fifth fastest ahead of Alpine's Fernando Alonso.

There were no red flags during the session, but Valtteri Bottas' Alfa Romeo ground to a halt after a single flying lap and had to be retrieved by marshals under a Virtual Safety Car, and Lando Norris lost significant track time after running wide and damaging the the underfloor of the McLaren.

It had been a quiet but intriguing start to the weekend in Free Practice 1, which saw all but one of the teams roll out their first major upgrade packages of the season and taking time to analyse the results over the break. Now it was time to put that learning to good use in FP2, and to find out who was making real progress - and who was still stuck in a rut. 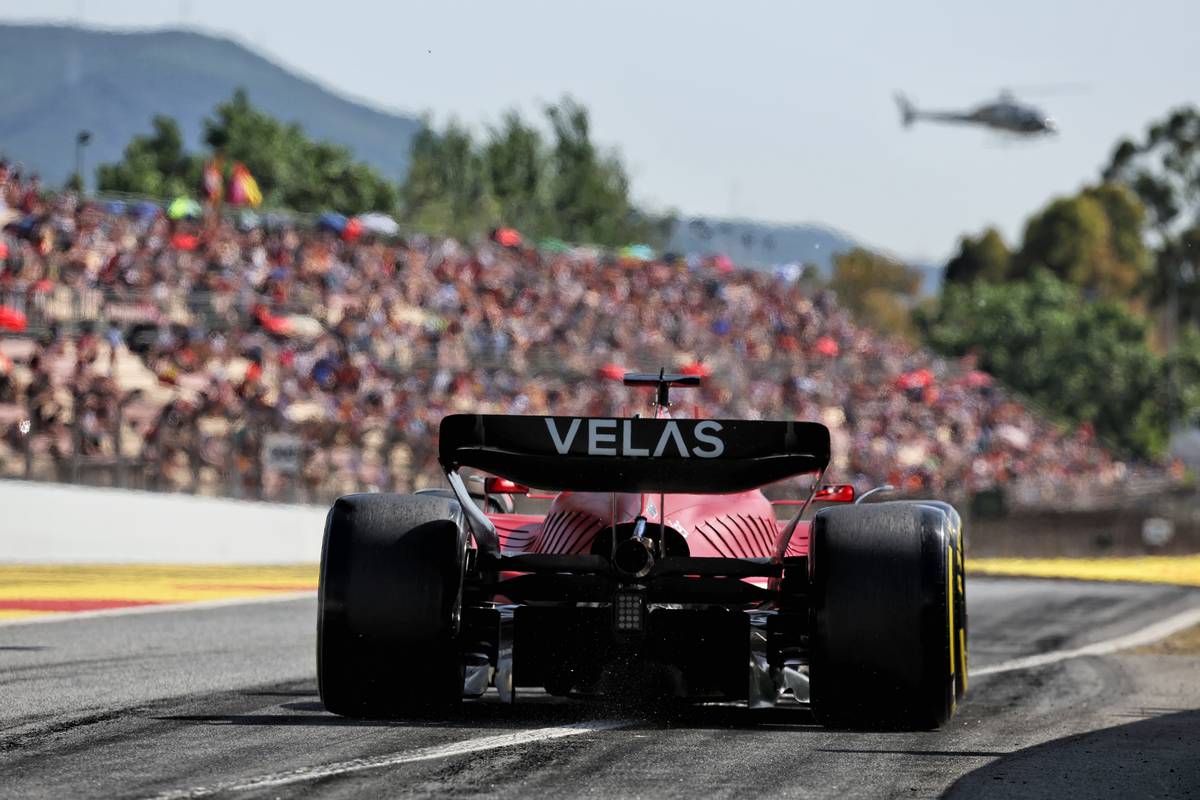 First to head out out on the roasting Circuit de Barcelona-Catalunya was the red-headed Alex Albon, reclaiming his Williams from Nyck de Vries who had been behind the wheel of the FW44 in the earlier session. Albon wasn't alone, and within minutes the track was alive with the sound of Formula 1 engines.

Albon's first run was quickly swept aside by Sebastian Vettel going half a second faster in the radically new-look Aston Martin. Then it was the turn of Red Bull to go top, Max Verstappen's 1:20.932s proving quickest by half a tenth from Ferrari's Carlos Sainz and the Mercedes drivers Lewis Hamilton and George Russell opening their account a second behind, followed by Sergio Perez and the AlphaTauris of Pierre Gasly and Yuki Tsunoda.

FP1 pace setter Charles Leclerc was next out, and he was looking fast on his push lap but went in too hot into turn 10 and ended up third just a fraction behind Verstappen and Sainz. While the two Mercedes edged closer with their next runs, and the Ferraris took a one-lap breather before going again, Verstappen didn't manage to reduce his lap time further with his second run on the mediums. 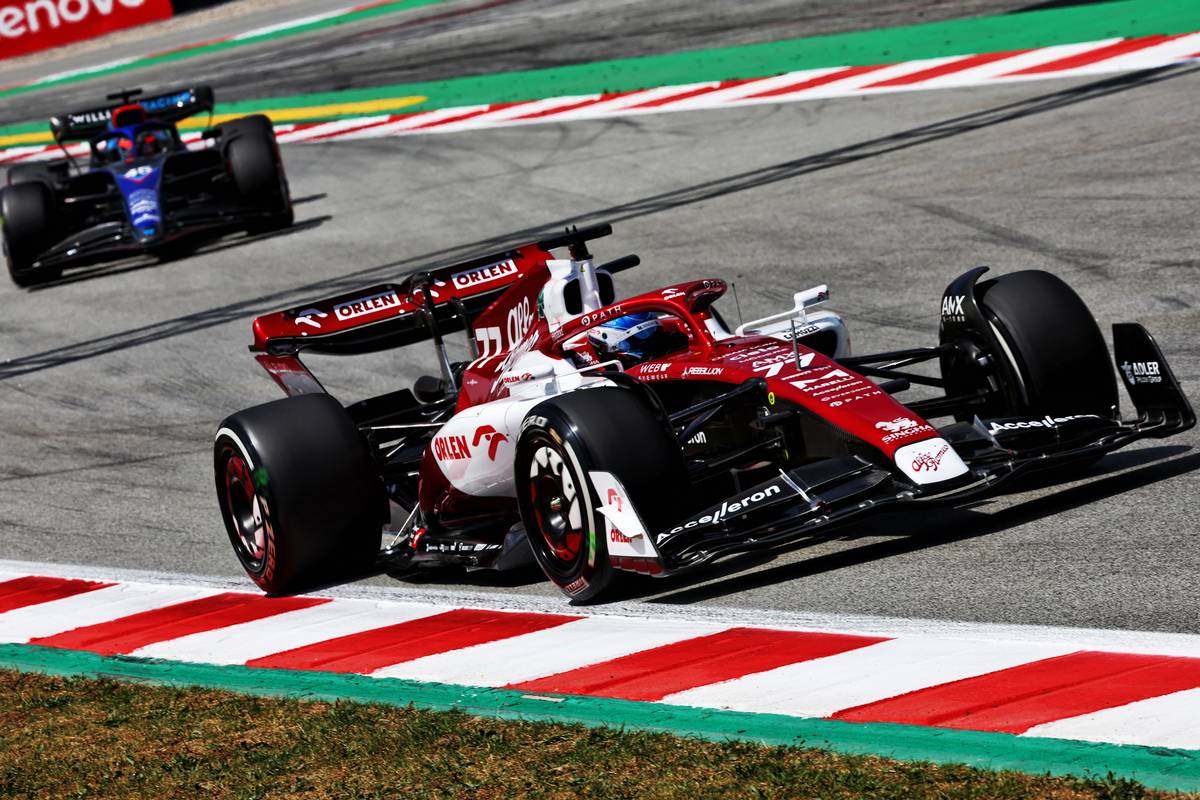 Valtteri Bottas had just gone sixth quickest when there was bad news for the Finn who radioed 'Something's broke" as proved by a puff of smoke billowing form the front of the car. A complete cut-off left the Alfa Romeo pulling off track onto the grass at turn 1. Fortunately he parked close enough to a gap in the barriers to allow the marshals to retrieve the car under a Virtual Safety Car without the interruption of a full red flag stoppage, as Bottas hopped on a scooter for the short trip back to pit lane.

Even at this early stage of proceedings, the traffic was thick enough to have drivers complaining about being held up. Sainz proved particularly vociferous about the situation as he failed to improve his time on his next lap once the VSC ended. Moments later there was a lucky escape for Lando Norris when the McLaren went fully off-track and kicked up the gravel at turn 9 while attempting his first representative flying lap. The pit crew called him in and were soon stripping the MCL36 down to attend to the underfloor of the car which had sustained damage on the serrated kerbs. The other side of the garage was also busy with mechanics working on Daniel Ricciardo's car, the Australian having completed just nine laps up to this point.

Drivers were now switching to the soft tyres in preparation for making their qualifying runs, allowing Vettel to lower his time to 1:20.703s and briefly go top; a small error in traffic by Perez then left the Mexican crossing the line 0.089s away. Verstappen soon reclaimed the top spot by a significant seven tenths with a time of 1:20.006s, before Carlos Sainz delighted the home fans by completing the first soft-shod flier of the session for Ferrari which just managed to successfully pip Verstappen by 0.016s. 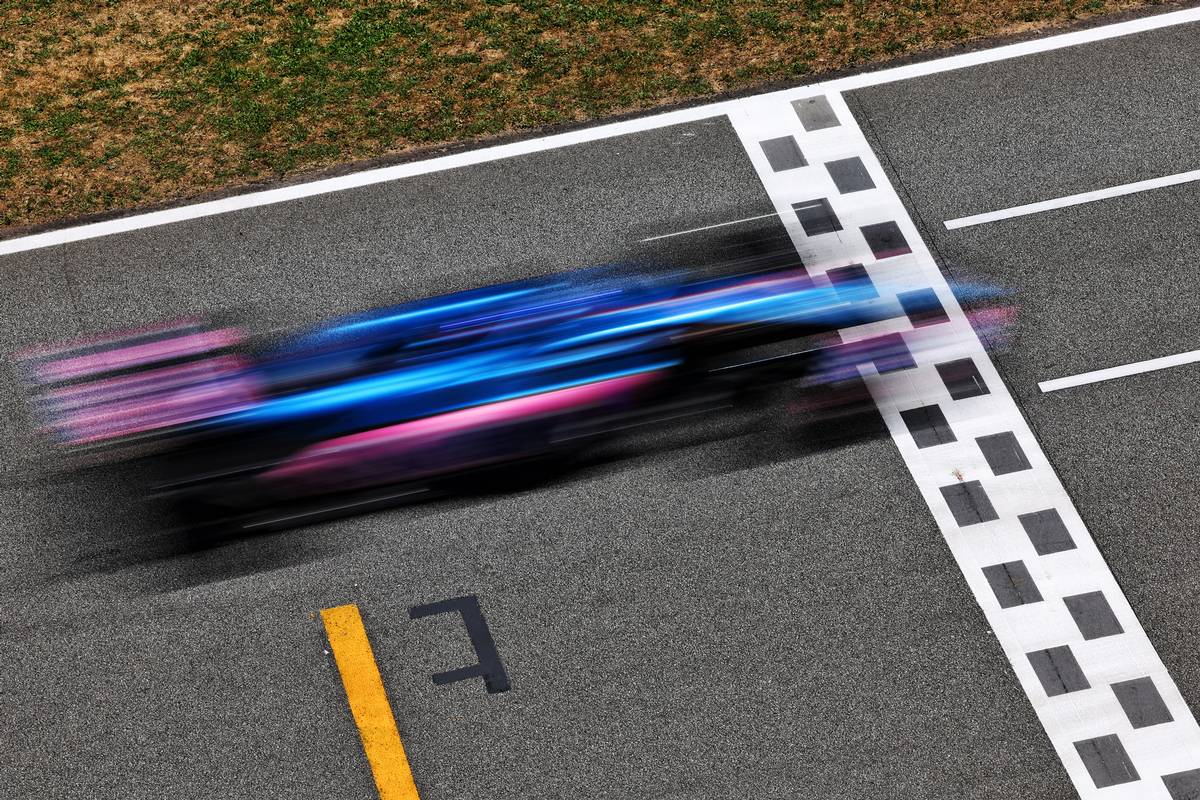 Leclerc was more than able to match his team mate with his own run and went top with a time of 1:19.670s. With half the session completed it was Leclerc from Sainz and Verstappen, followed by an impressive flier from Fernando Alonso putting the Alpine ahead of Perez, Vettel, Esteban Ocon, Gasly, Kevin Magnussen and Lance Stroll in tenth. A few minutes later, Russell inserted Mercedes into the battle at the top by going second quickest with his first tour on the soft tyres splitting the Ferraris. Hamilton was slower to return to action, but soon duly slotted into third just behind his team mate by a tenth to confirm a potentially better outlook for the W13 this week.

Drivers were soon switching back to the medium tyres for the final quarter of an hour, although Perez was a noticeable exception as he continued to circulate on the soft tyres suggesting that Red Bull might be looking at using the compound in a possible two-stop strategy on Sunday, degradation permitting. Ferrari were certainly finding it tough in that latter regard with Leclerc reporting that his nominally more durable medium tyres were "going to pieces" after 17 laps; and even Perez was struggling, ending his session going wide through turn 8 and too deep into turn 7.

There were no changes to the top of the timesheets with Leclerc finishing on top ahead of Russell and Hamilton, and Sainz fourth ahead of Verstappen, Alonso, Perez, Vettel and Ocon. Haas' Mick Schumacher rounded out the top ten ahead of Gasly, Magnussen, Stroll and Tsunoda. 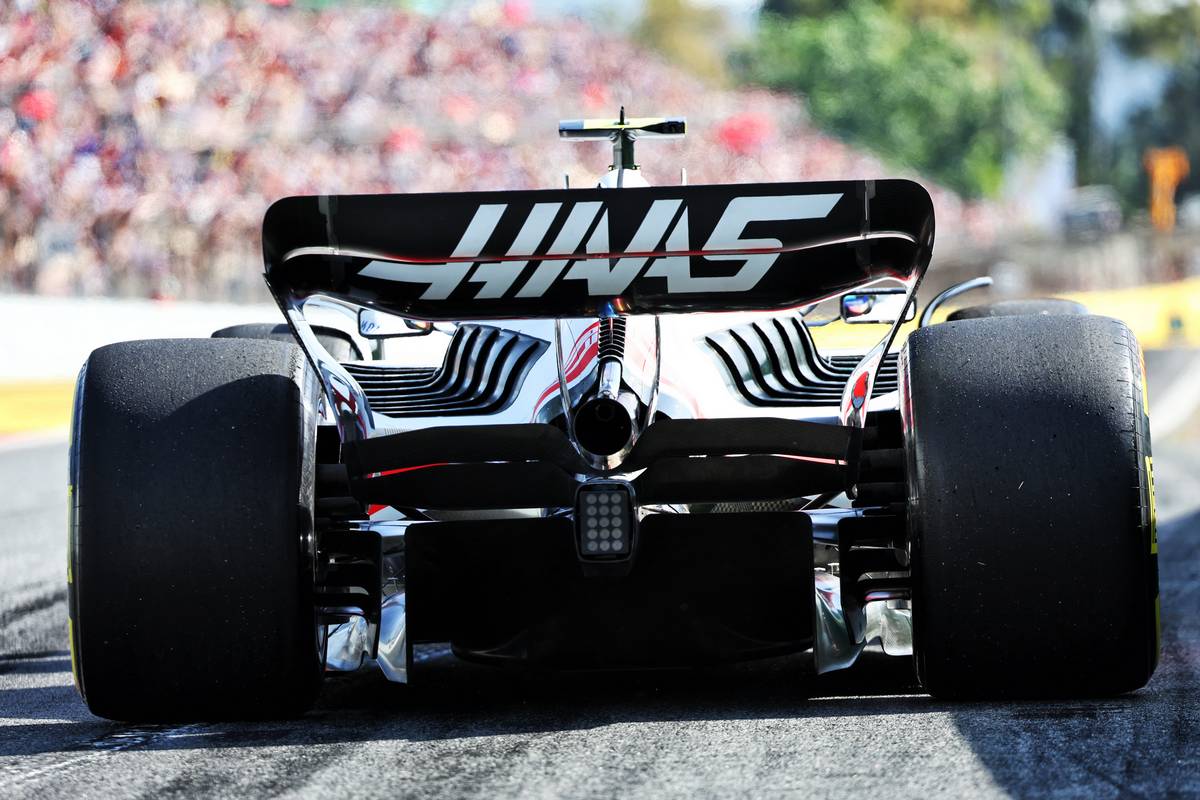 Ricciardo had continued to struggle for pace and was only 15th ahead of the sidelined Bottas, whose team mate Zhou Guanyu was 17th ahead of the Williams pair of Albon and Nicholas Latifi. Bottom of the times was Norris who had been unable to set a proper lap on the soft tyres before sustaining damage.