While it was far from the 'good old days' in which Mercedes dominated entire Grand Prix weekends, Friday practice for the 2022 Spanish Grand Prix at the Circuit de Barcelona-Catalunya was a solid showing for the team.

Lewis Hamilton was sixth quickest at the end of FP1 albeit a second off the pacesetter Charles Leclerc. But by the end of the second one-hour session, he as up to third place and had reduced the Ferrari's advantage to just two tenths.

Hamilton is confident that this isn't a case of another 'false dawn', like that seen in Miami when a sudden surge in form in Friday practice wasn't matched by what Hamilton and his team mate George Russell could achieve in qualifying and race trim.

“We’re not the quickest yet but I think we’re on our way," he told the media after the end of the session. "We've brought a few upgrades and we now need to fine tune them

“I’m super-happy with the progress," he continued. "So a big, big thank you to everyone back at the factory for not giving up and for continuing to push.

“It’s the first time we’ve driven down the straight without bouncing,” he said, referring to the chronic problems with 'porpoising' that the team has been battling all season. 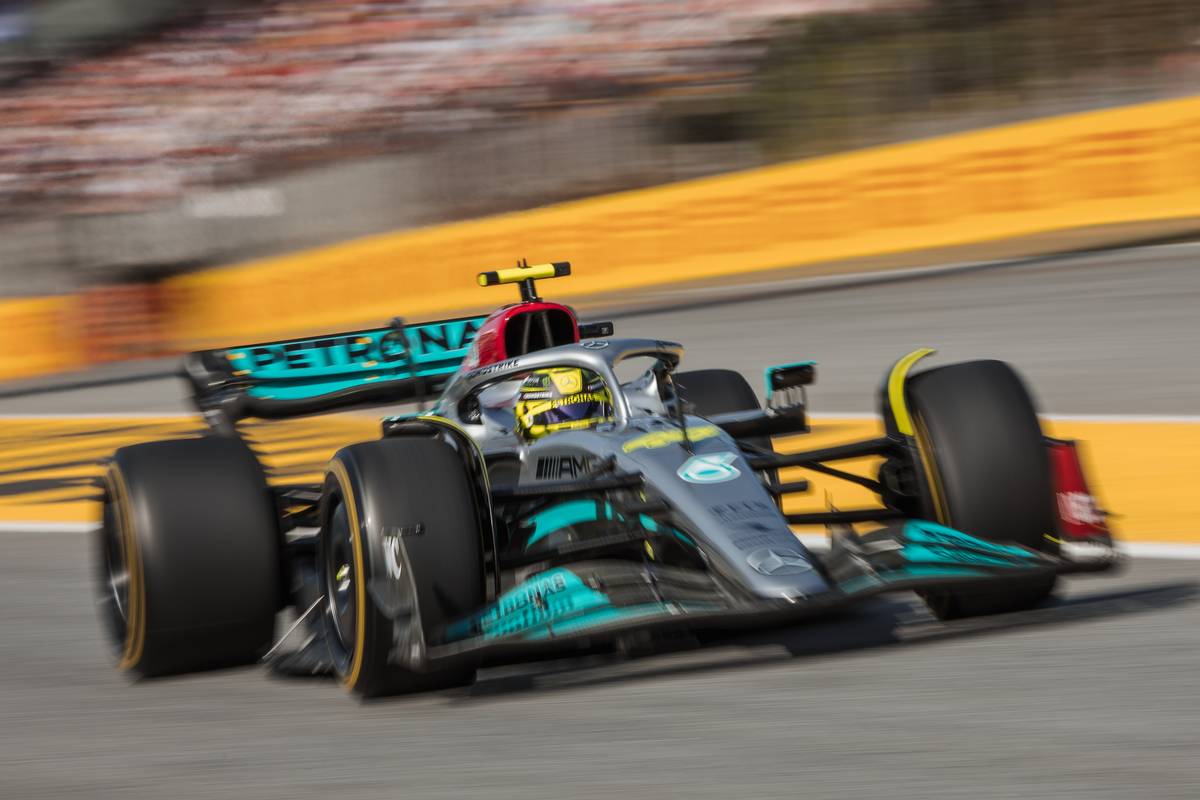 “We’ve still got bouncing but it’s way better, so it’s starting to eke into a bit of the potential in our car," he added, referring to the long-awaited significant package of upgrades the team has brought to this weekend's race.

“It’s still tough out there with the car but it’s much nicer than it’s been before so I’m really grateful for those upgrades.

"Overnight there’s lots of data to go over and try to position the car," he said. "I think we can get it into an even better place for tomorrow so hopefully we can tackle the heels of the guys up ahead.

"[Tyre] degradation is going to be key here," he pointed out. With these tyres you can't attack, attack, attack - they require a lot of management in these temperatures."