Two weeks ago, George Russell raised the hopes of Mercedes fans by topping the second round of practice in Miami ahead of Ferrari rival Charles Leclerc, although the rest of the weekend didn't live up to the raised expectations.

There was cause for optimism again this week, with Russell only just over a tenth away from repeating his Miami success as he finished Friday's running at the Circuit de Barcelona-Catalunya just behind Leclerc.

With his team mate Lewis Hamilton just behind him in third place in today's FP2 times, there's once again reason to think that Mercedes may finally be back on target after a difficult start to the 2022 season.

The W13 has proved quite a handful, and in particular very susceptible to the phenomenon of 'porpoising' causing bouncing along long straights at high speeds.

The team is hoping that a significant package of upgrades being rolled out this weekend will help them get over the teething problems and start to unlock the potential of this year's car.

“We definitely don’t have the porpoising in the straight, which is good," Russell confirmed. "But we’re still experiencing it a bit here and there in the corners, and ultimately you need to dial it out through the corners.

"There probably will be a solution in the pipeline, but probably nothing this weekend that we can instantly implement," he said.

"It's finding that balance between what we want to set up the car for, qualifying or for the race, and the compromises we want to make. But we're in a good spot." 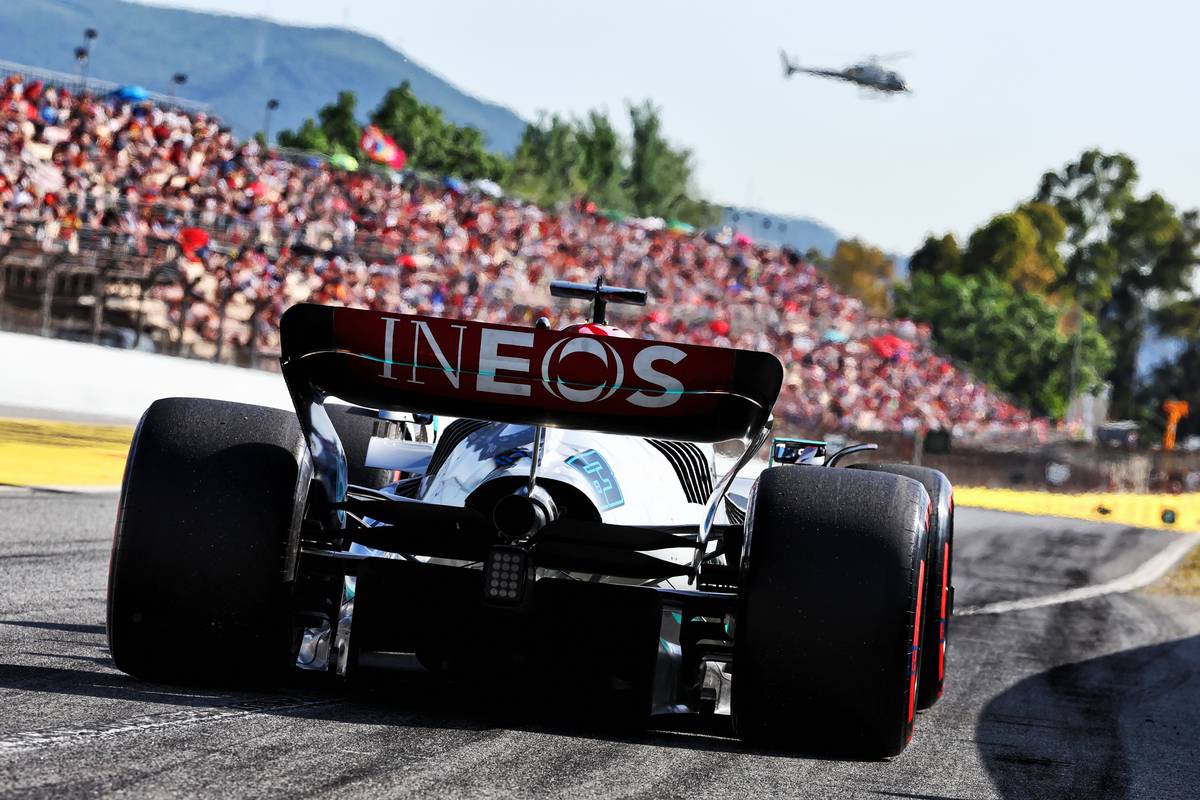 However he was optimistic that Mercedes wouldn't suddenly fall back again as they did in Miami. "In Miami we were quickest on Friday, here we're second but the car is definitely reacting differently," adding: “We’ve got different limitations this time.

“Red Bull still look very, very strong, they look a team to be reckoned with at the moment,” he acknowledged. "[But] I see no reason why we can’t be as far away from the front as we showed, if not a little bit closer.

Asked for an example of where their rivals still had the upper hand, Russell said: "There’s differences with power modes. I think Ferrari and Red Bull were in their lowest power modes, so they’ve got a bit on us there.

"Degradation was massive for everyone, he added. "And that's going to be make-or-break in the race on Sunday so that'll be our focus tonight."