It looked like a solid start to the Spanish Grand Prix weekend for Ferrari's Charles Leclerc, who was fastest in both of Friday's one-hour free practice sessions at the Circuit de Barcelona-Catalunya.

Leclerc and his team mate Carlos Sainz were three tenths ahead of Red Bull's Max Verstappen and the rest of the field in FP1, and Leclerc maintained a one tenth advantage over Mercedes pair George Russell and Lewis Hamilton in FP2.

But despite the positive headlines, Leclerc was keenly aware that it was a tightly packed field this weekend and that everything could still change around on Saturday heading into qualifying for Sunday's race. 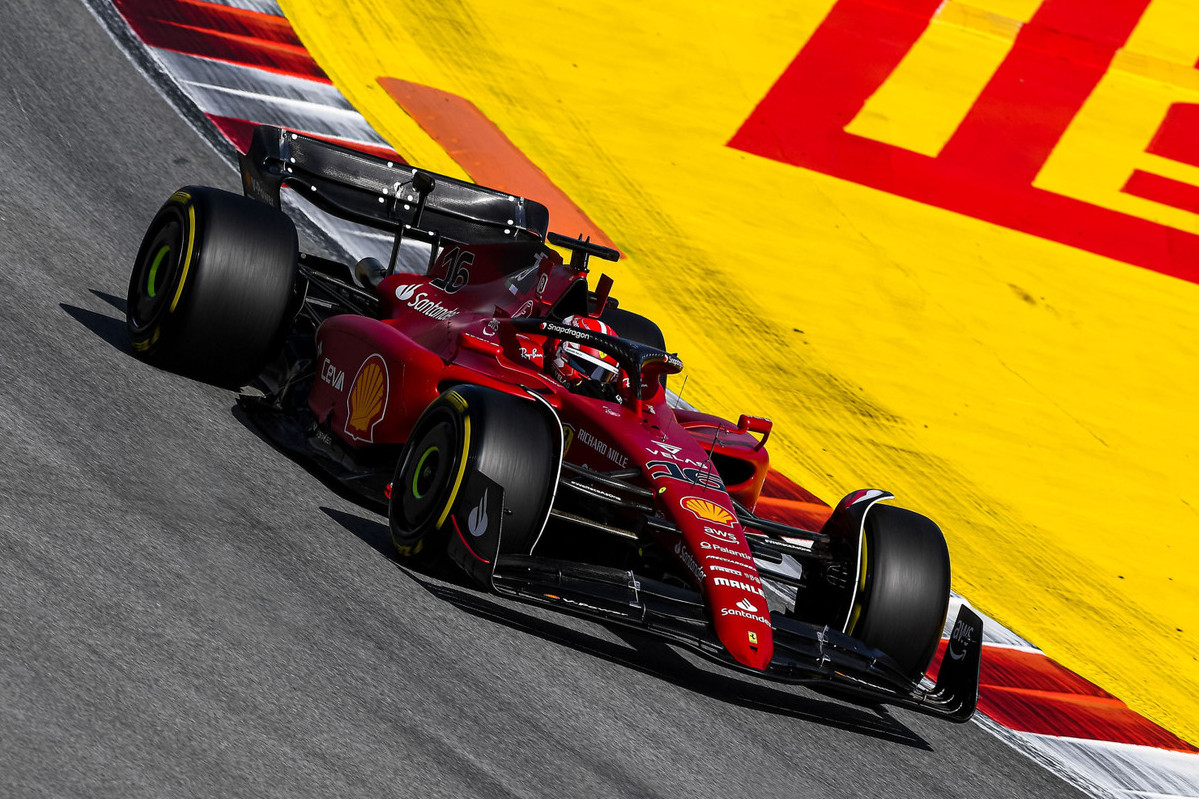 "Our qualifying runs don’t look bad, but we have some work to do," was Leclerc's verdict at the end of the first day in Spain. "In particular on our race pace and on tyre management.

"The stints we did on the soft compound felt better than those on the mediums," he explained.

"Tonight we will analyse our latest data to find where we can improve on this track," he continued. "The conditions are very different to the last time we were here during winter testing."

As for Sainz, the local hero wasn't as happy with his fourth-fastest performance in FP2 as he had been with second in the earlier session.

"A bit of a tricky FP2 compared to a positive FP1, as we struggled a bit with tyres and balance after the changes we made," he acknowledged.

"We need to look at it and find the correct adjustments for tomorrow, but we’ve got plenty of data and I’m sure we’ll find a more comfortable set-up."

All the teams have been expressing concerns about tyre degradation in the seriously hot conditions expected this weekend.

"It seems like there is a lot of degradation with the heat," noted Sainz. "[That] could be crucial for the race, so we’ll also keep an eye on that."

Buit as far as the 27-year-old Madrid native is concerned, the best thing about the weekend is the support the Spanish driver is receiving from the fans in the grandstands.

"I’m very impressed with the number of fans in the grandstands today," he said. "It’s fantastic to see all these people supporting us, and their good vibes are a huge motivation!"