George Russell put Mercedes back on the podium on Sunday after going toe-to-toe with the Red Bulls of Max Verstappen and Sergio Perez in the Spanish Grand Prix, suggesting Mercedes could be back in contention for the 2022 world championship.

The team has been struggling since the start of the year, with the new technical regulations resulting in a debilitating 'porpoising' aerodynamic side-effect on this year's W13 leaving them a long way off the pace of their rivals.

But a raft of upgrades brought by the team to the Circuit de Barcelona-Catalunya this weekend seems to have had a positive impact, with Russell qualifying in fourth place on Saturday and ending up on the podium at the end of the race.

Russell was able to pass Perez at the start of the race, and then inherited second when Verstappen went for a spin on lap 9. When race leader Charles Leclerc retired with a power unit issue on lap 27, it meant that Russell found himself in charge at the front.

He soon came under intense pressure from the recovering Verstappen, but an intermittent DRS issue on the Red Bull meant it was impossible for the Dutch driver to get past whatever he tried, with Russell robustly repelling attack after attack.

"I gave everything I could to hold Max off, but he did an amazing job," Russell told the media in parc ferme after the end of the race. "Well done to Max, he did a great job.

"When I had the Red Bulls in my mirrors, all I was doing was my maximum to keep them behind," he said. "When I was battling Max, was managing tyres, engine was overheating, trying to go as fast as possible to keep him behind - you’re juggling so many things ... It was an enjoyable good couple of laps!" 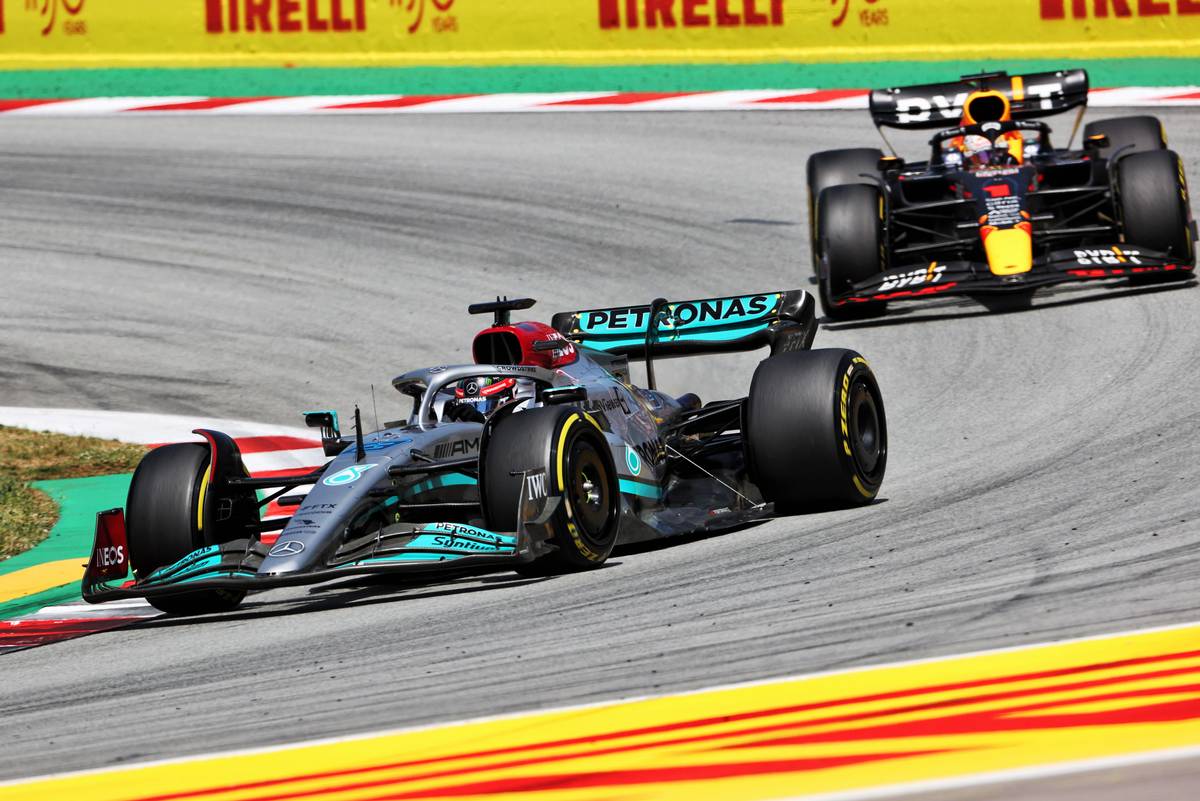 In the end, Red Bull was able to use team tactics to release Perez to successfully challenge Russell and take the lead, before strategising their way around Verstappen's DRS issues with a revised pit stop plan.

With the Mercedes overheating by the latter stages of the race, Russell had to be content to finish on the podium at the chequered flag.

"It was very difficult in the last few laps, it was a survival race," he admitted. “Last five-six laps was literally ‘bring it home’.

"We were right on the limit through the race but the team did a great job not to go over the limit and have to retire the car.

"I'm just pleased to be able to bring it home in P3. It's a lot of points on the board for us."

Today's result means Russell is in fourth place in the driver standings behind Verstappen, Leclerc and Perez. He's the only driver to have scored points in all six of the races so far this season.

It's not his first podium since joining Mercedes full-time at the start of the season. He was also on the podium in Australia after Verstappen and Carlos Sainz spun out of contention.

But Russell himself admitted that this weekend was a 'more genuine' result, one that could even suggest Mercedes might have turned the corner - although Russell is wary of agreeing that this is the case. 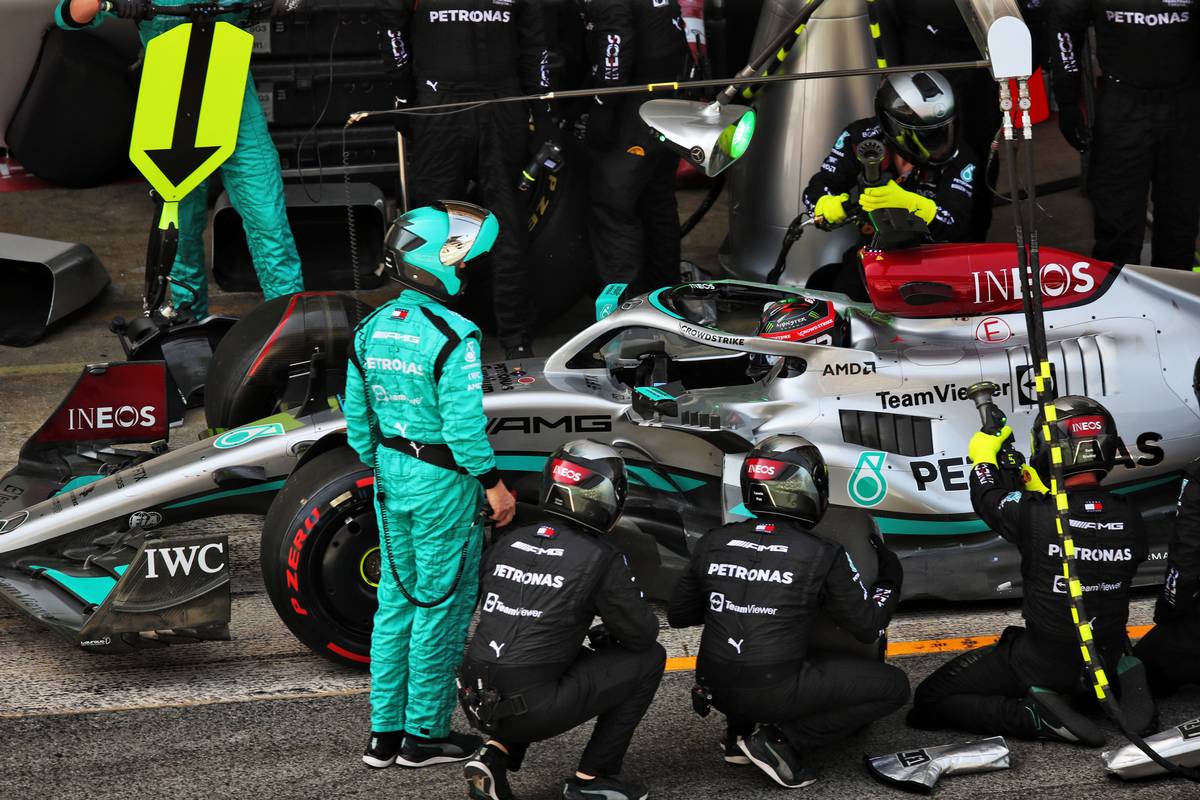 "I'd love to say that but today was very tough," he admitted, adding that his team deserved the credit for today's result and any progress made.

"We’ve probably halved the gap to the front-runners compared to the rest of the season [but] we know there’s more performance to find.

"We’ve finally solved our issue and we can now focus on bringing more performance," he continued. "We’re six races behind but there’s no reason why we can’t claw this back.

“We’re making progress and as a team we’ve turned the page. It feels like this is probably the start of our season now.

"I'm just so proud to be standing here, because the guys have worked so hard, so this one is for the guys back at Brackley and Brixworth."

His team mate Lewis Hamilton finished the race in fifth place despite making contact with Haas' Kevin Magnussen on the opening lap, dropping him to dead last after a pit stop for a puncture.

Hamilton was able to battle his way up to fourth but had to conceded a place in the closing minutes after being warned of a water leak that threatened a potential DNF if he didn't lift and coast, which allowed Ferrari's Carlos Sainz to get past before the chequered flag.