Sebastian Vettel says the thieves that snatched his backpack through a car window in Barcelona made off with a meager loot as they were forced to ditch its most valuable item.

Vettel was checking out of his hotel the morning after last week's Spanish Grand Prix when he briefly left his backpack unattended in the back seat of his car.

When he returned, the bag was gone. But the Aston Martin driver set about to retrieve his personal stuff by locating the item using the GPS tracking app on his iPhone and the Apple earphones that were in the bag.

But Vettel's chase on a scooter through Barcelona's city center was only partly fruitful.

"I found the headphones but didn't find the bag, so it was not really a chase," explained Vettel in Monaco. "Obviously a bit disappointed to lose the bag.

"[The headphones] were in the bag, but then once I found them, they were in a flowerpot. I guess the person who stole it, he or she knew exactly that you can be tracked."

Vettel set off with little concern for his own personal safety or for the risk of coming face to face with the snatchers.

"I wasn't sure at the time whether my passport was in there or not. As it happened, it was in another bag, so I was lucky. 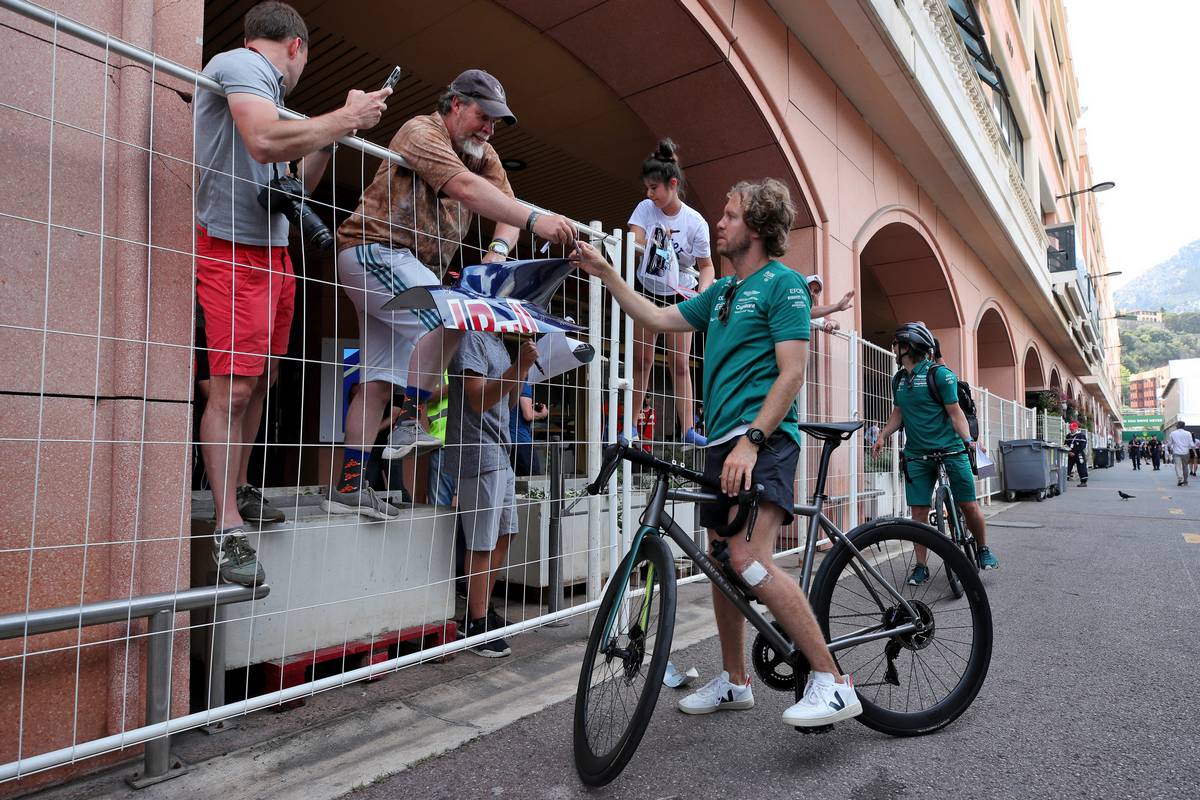 "But I had like ID and insurance card, driver's licence - that just boring stuff that takes time to get back and you have to apply and fill out the forms.

"I wasn't very looking forward to that.

"Fortunately, there was no money in there. I had some bandages in there for the knee [which he had slightly burned on his motorbike ahead of the Spanish GP].

"I guess whoever picked the backpack, it wasn't a great deal because the only thing that was valuable maybe was the headphones, which he had to sort of lose to not be found. But I really liked the backpack though!

"I was just going there to see if I can spot somebody and maybe nick it back and then jump back on the scooter but there was nobody there."