George Russell says the very stiff set-up of Mercedes' car led to him almost doing wheelies at Monaco as he accelerated out of several corner with both front wheels off the ground.

But like many of his rivals - including Ferrari's drivers - who struggled to tame their very rigid ground-effect machines around Monaco's layout, Russell was surprised by the return of the bouncing phenomenon and the bumpy ride around the Principality in Friday's sessions.

"It's been a relatively good day I think but it's clear we're not yet where we want to be in terms of performance," he said. "

"Monaco is a very tricky circuit with these cars - they are set up very stiff for the aero to work, so it's not easy to put the car on the limit on a bumpy street circuit like this. 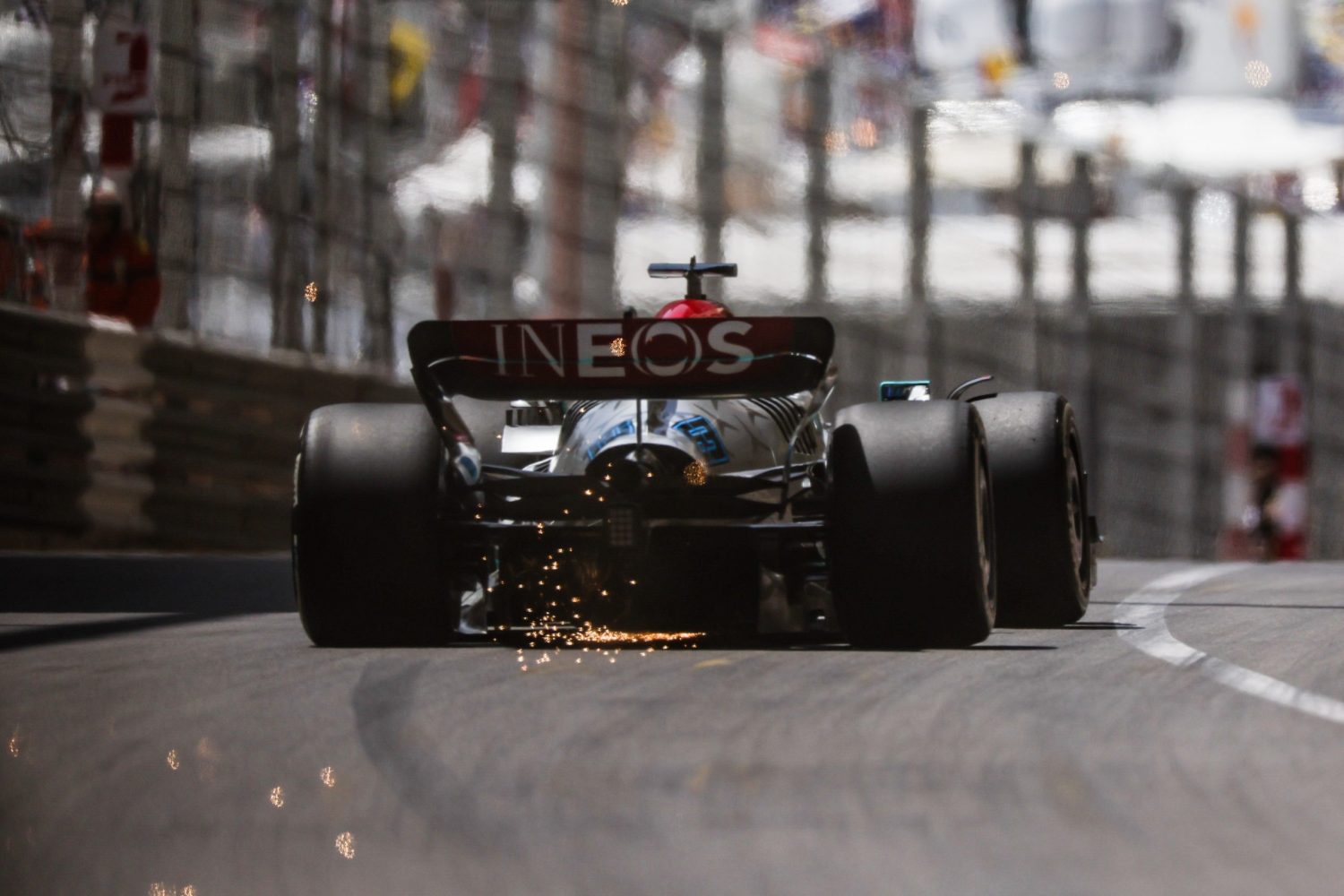 "You've got to give the circuit a little bit more respect than you normally would, and there are parts of the circuit where we're almost doing a wheelie with both front tyres off the ground!

"We've got some work to do overnight to see how we can make it a bit easier to drive.

Mercedes trackside engineering director Andrew Shovlin confirmed that significant pace can be unlocked from Mercedes W13 if the car can be made more comfortable for its drivers.

"We're struggling with the ride here and that's preventing us attacking the lap, especially on low fuel," he said.

"We made a bit of progress between the sessions, but we need to pick through the data and understand whether we can achieve more.

"The tyres are behaving reasonably well: they are coming in quite easily which is no doubt helped by the hot conditions we have this weekend.

"The long run pace was encouraging, at least the consistency was good and seemed to have less degradation than some others but it's Monaco where long run doesn't count for much if you are stuck in a traffic jam.

"So, plenty for us to work on overnight but if we can make progress on a few of these issues, we should be able to find quite a bit of pace."