Lewis Hamilton says Monaco's track is the bumpiest its ever been due to the stiff characteristics of Mercedes' new-generation car.

The seven-time world champion finished Friday's second practice a lowly P12 in the pecking order, or six positions behind teammate George Russell, but traffic thwarted several of Hamilton's runs on the soft tyre.

But the predominant theme at the end of the day in the Mercedes camp was the persistent bouncing that both Hamilton and Russell drivers were forced to endure once again.

However, the unsettling ride wasn't rooted in the feared porpoising aero phenomenon but rather in the basic stiff set-up of Mercedes' W13 silver arrow.

"Firstly, it's the bumpiest the track has ever been, it's probably the bumpiest track I've ever driven," Hamilton said after Friday's sessions.

"So that makes it one difficult, but then on two, just generally our car is quite...it bounces a lot.

"It's different, it's different bouncing to what we've experienced in the past. It's just because it's in the low speed also, so it's not aero. I think it's just the bumps on the track are making it worse." 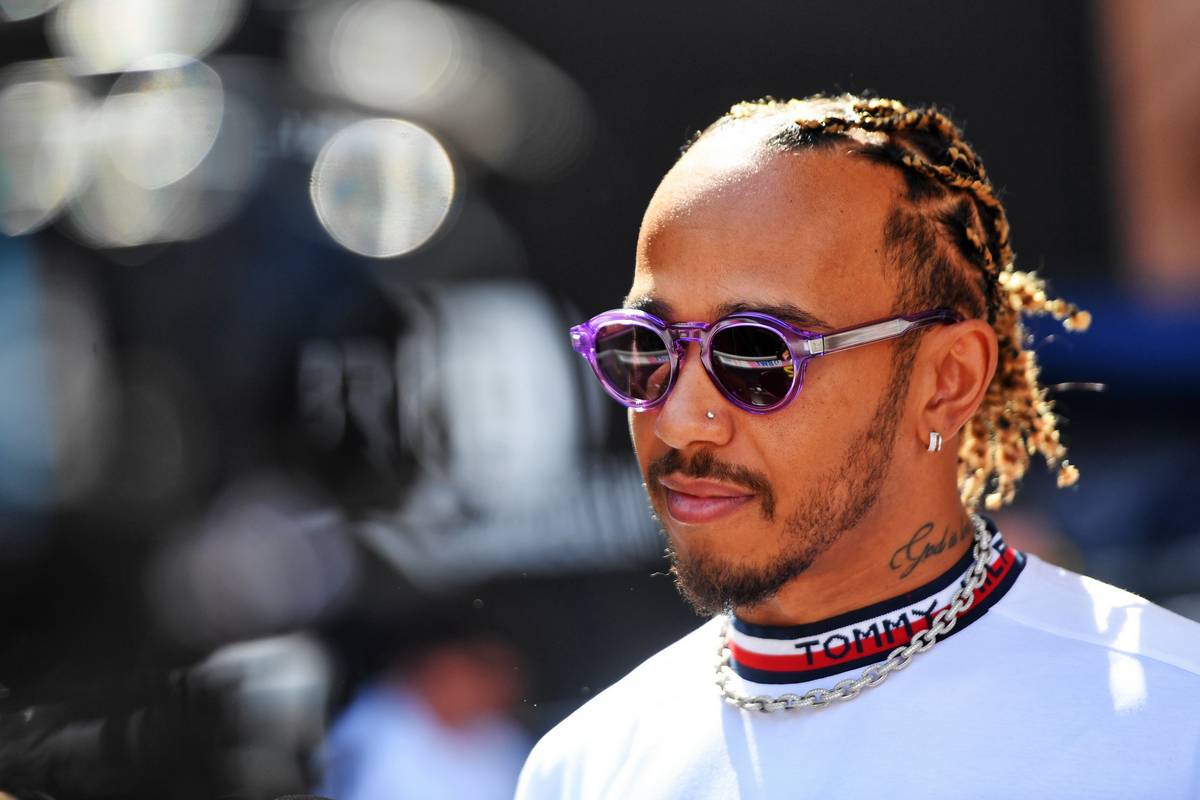 Hamilton's comments echoed those of Russell who reported that Mercedes' car was so stiff that it was lifting its two front wheels off the ground under acceleration at certain parts of the track.

"As I said, it's different to when we were having bouncing before. It is bouncing, but it's a different kind of feel," added Hamilton.

"There are like 100 bumps on just one straight. So I don't know how it is for the others, or whether or not they're experiencing the same as us. But it's the bumpiest roller coaster ride."

Comparing Grand Prix racing's current breed of cars to those he raced at Monaco over a decade ago, the seven-time world champion regrets those machines from a bygone era.

"I remember just back in the day, my first year here, just a light nimble car going around," he said. "It was so much better.

"But now we have these super heavy cars that are heavier than ever before and braking zones are different.

"It's crazy in 2022 that the tracks aren't smooth when they have been resurfaced. Technology is still against us.

"But putting the lap together is difficult, but I think we made some improvements going into that session, and it doesn't even feel bad when you actually do try to put a lap together, the grip doesn't feel terrible.

"It's just you know, your eyeballs are coming out of the sockets. And so we've got some work to do overnight to try and fix that.

"As anticipated, I didn't think we would be as quick as the Ferraris and the Red Bulls. Our battle is to try and stay ahead of the McLarens at the moment."