Speculation over Ricciardo's future in F1 ramped up recently on the back of comments from McLaren Racing boss Zak Brown and the driver's own depressed results.

In light of the latter, Brown clearly stated that Ricciardo had not filled McLaren's expectations since his arrival at Woking at the start of 2021.

In addition to scoring points in only two races so far this season, Ricciardo has been comprehensively outpaced by teammate Lando Norris.

Overall, the Aussie's spectacular shortfall has many pundits convinced that Ricciardo won't be on the grid in 2023 with McLaren, despite the 32-year-old holding a contract for next season.

But last weekend in Monaco, where Ricciardo crashed in FP2 and finished a distant P13 on race day, Seidl suggested that his team remained committed to its driver and to improving his performance. 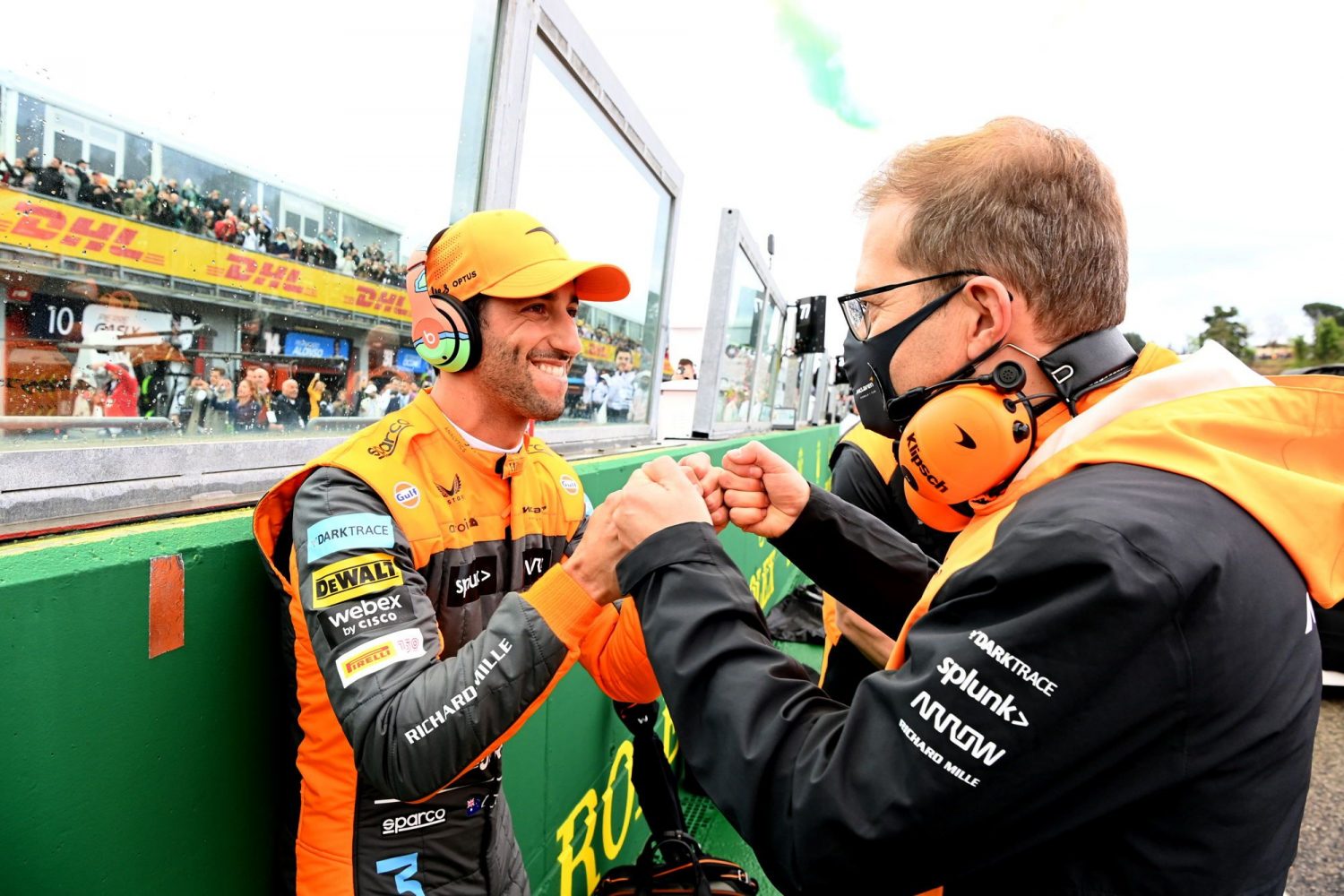 "In general - Daniel says it himself - he still doesn‘t feel 100 per cent with the car, especially when it’s about pushing it to the absolute limit in qualifying," Seidl said.

"He‘s up against a very strong team-mate as well, with Lando, and if you put both things together, that’s the gap we are sometimes seeing.

"Barcelona, in the race, it was simply not possible for Daniel to do a better pace [than 12th]. That‘s something we had to analyse after the race, which we did.

"We found an issue on the car which gave us an explanation, which was important, then we learned from that."

"All we can do, together with Daniel, with a commitment on both sides, is to simply keep working hard in order to find these last percentages," Seidl said.

Ricciardo will be looking for a reset in Azerbaijan next week, and Seidl says his driver will prepare accordingly for F1's next round of racing.

"As always, after a race weekend – and it doesn’t matter what the result is or how the race went – the thing I do is thank my drivers for trying hard all weekend and doing the job they did on track," said the McLaren team boss.

"It’s simply important as always to stay calm and focussed and committed on both sides, which Daniel is, which we are.

"We will do some simulator work before we head to Baku and then hopefully we can make another small step these next races in order to get Daniel to be one hundred percent feeling comfortable with the car – especially when it comes to qualifying, when you have to push it to the absolute limit."

Steiner: F1 teams must make budget cap work 'one way or another'

Alonso: 'Bones, ligaments, tendons, everything is a mess'