George Russell has been reviewing the lessons from a difficult Monaco Grand Prix for the Mercedes squad, which has been struggling all season with the issue of 'porpoising'.

The team looked to have made progress in Spain in which Russell finished on the podium, but fell back again in last weekend's race when the W13 struggled on the tight, twisting street circuit.

Russell explained that the problem in Monaco was the need for extra downforce that would allow them to be more competitive in the low-speed corners typical of the Principality.

"I think we just need to find a bit more downforce," Russell told the media. "We haven't been awfully competitive in low-speed corners.

"When we look at Barcelona, we were the quickest in the high-speed [turns] and then down the straight - the complete opposite to what Monaco offers."

Russell added that maximising the car's performance on Saturday in order to get the best possible starting position for the race was also crucial to making progress.

"We need to find a bit more pace in qualifying. We can't afford to keep having an Alpine or McLaren jump us," he acknowledged. "We've still got enough pace to come back through, just not enough pace to fight with Ferrari and Red Bull yet." 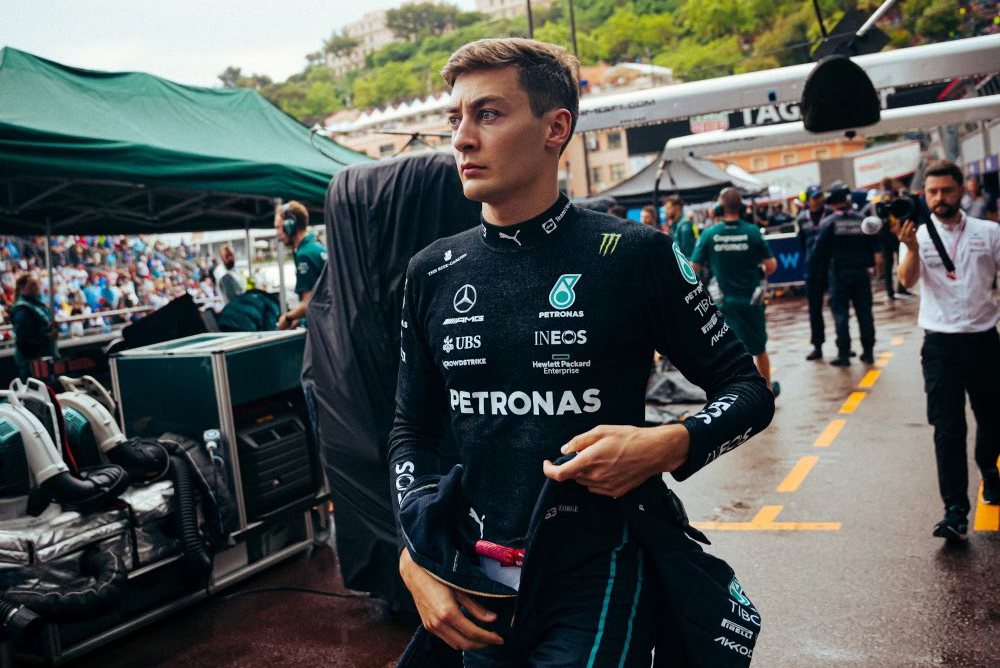 Despite the problems that the team are experiencing developing this year's car, Russell himself is the only driver on the grid who has finished all seven races so far in the top ten.

In fact since he joined Mercedes at the start of the season, he's not finished lower than fifth place.

It's the reason he's in fourth place in the drivers' standings, ahead of the likes of Carlos Sainz, Lando Norris and his own team meate Lewis Hamilton who has been struggling to get the most out of the car.

Hamilton himself said of Mercedes' struggles at Monaco that he "kind of expected it", agreeing with Russell that "we weren't very good in low-speed [corners]" in previous races.

"In the race it was okay but not on a single lap, so we anticipated it would be difficult,' he admitted. "It was worse than we anticipated because of the bumps.

"It's just super-bouncy for us, everywhere, slow, medium and high speed. Very challenging."

Tost backs Schumacher: 'I continue to believe in him'