Reigning world champion Max Verstappen has admitted that he feared his chances of retaining his title in 2022 were already over, just three races into the new season.

Verstappen suffered two retirements in Bahrain and Australia, races that his chief rival at Ferrari Charles Leclerc went on to win.

It meant that Leclerc held a 46 point lead over Verstappen after Melbourne, with the Dutch star languishing in sixth place in the drivers championship standings.

But since then it's been Leclerc who has suffered a string of incidents, including a retirement while leading the Azerbaijan Grand Prix, while four wins in five races for Verstappen has completely turned the tables.

Verstappen is now on 150 points, 21 ahead of his Red Bull team mate Sergio Perez and 34 clear of Leclerc whose title ambitions are waning fast. The speed of the turnaround has come as a surprise for Verstappen.

"Starting the season before we had done any races, you don't know," he told the Talking Bull podcast this week. "Maybe we have a good car, maybe we don't.

"Then it seemed like we had a competitive car so we can be in the fight for the championship," he continued. "But then after retiring two times, I was 46 points down. 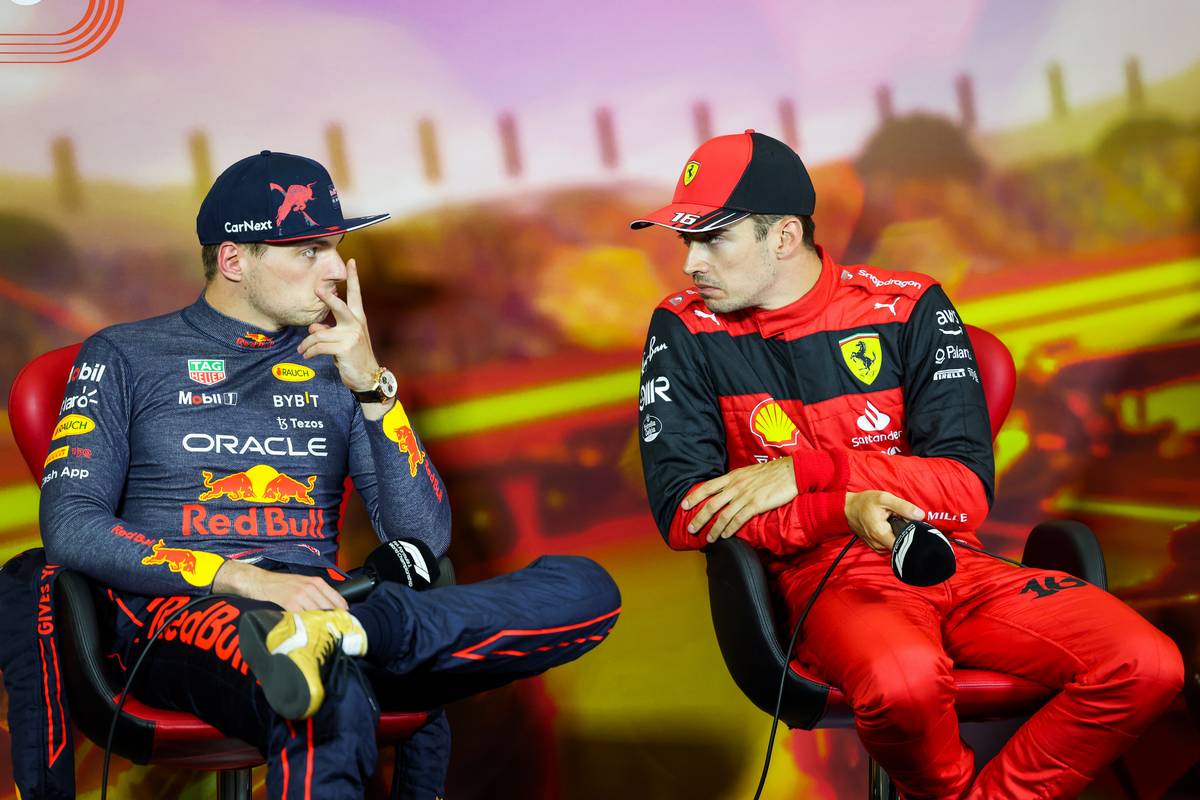 "I was like, 'This [title battle] is gone, this is not happening,' or at least it will take a very long time to catch up," he admitted. "And then basically in three races, as a team we turned it around and both of us are now up there.

"It's quite satisfying - but of course we also know it can also change really quickly, so we have to be on our toes.

"It is of course great that we are ahead in the constructors and drivers championships, but there’s still a long way to go. We need to keep pushing as a team and maximise point scoring as much as possible.

"It's been a bit hectic and crazy, the first few races we've had so far," he acknowledged. "We have to really focus on not retiring anymore, because already the two we had are too many.

The next challenge will be to keep the winning streak alive going into the Canadian Grand Prix in Montreal this weekend.

"We haven’t been to Montreal for a while so it’s exciting to go back and see how the track is," he said in Red Bull's preview of the race.

"It has quite a unique layout and it will be interesting to see what the surface is like, hopefully our car will work well this weekend.

"I always look forward to going to Montreal, it’s a really beautiful city, and arriving off the back of a one-two in Baku it would be great to leave Canada with the same result."

Wolff admits Mercedes still 'a chunk behind the top two'