Lewis Hamilton hopes Mercedes is nearing the end of its "experiments" on race weekends which aimed at improving its W13 car, or that teammate George Russell takes over the testee role.

In a bid to solve the bouncing issues that have impacted Mercedes' new-generation car since the start of the season and unlock the full potential of its silver arrow, the Brackley squad conducted regular set-up "experiments" with Hamilton.

Few of the trials produced a fruitful result but last weekend's display in Montreal – where Hamilton and Russell finished respectively third and fourth - offered hope that Mercedes is reaching the end of its frustrating period of under-performance, and of experimentations.

"Maybe in the second half of the season George can do the experiments," joked Hamilton as he rejoiced over his well-deserved podium at the Circuit Gilles Villeneuve.

"We're just trying to progress as a team. I think we'll be a little bit more cautious on doing too many experiments as it really does hinder you through the weekend, especially if you only have FP1 and FP2 in the dry, you don't get an FP3," he said.

"I think there are lots of learnings from the weekend and improvements that we can make moving forwards. But you know, we had great pace. It's so nice to see, it's not always been the case with this car." 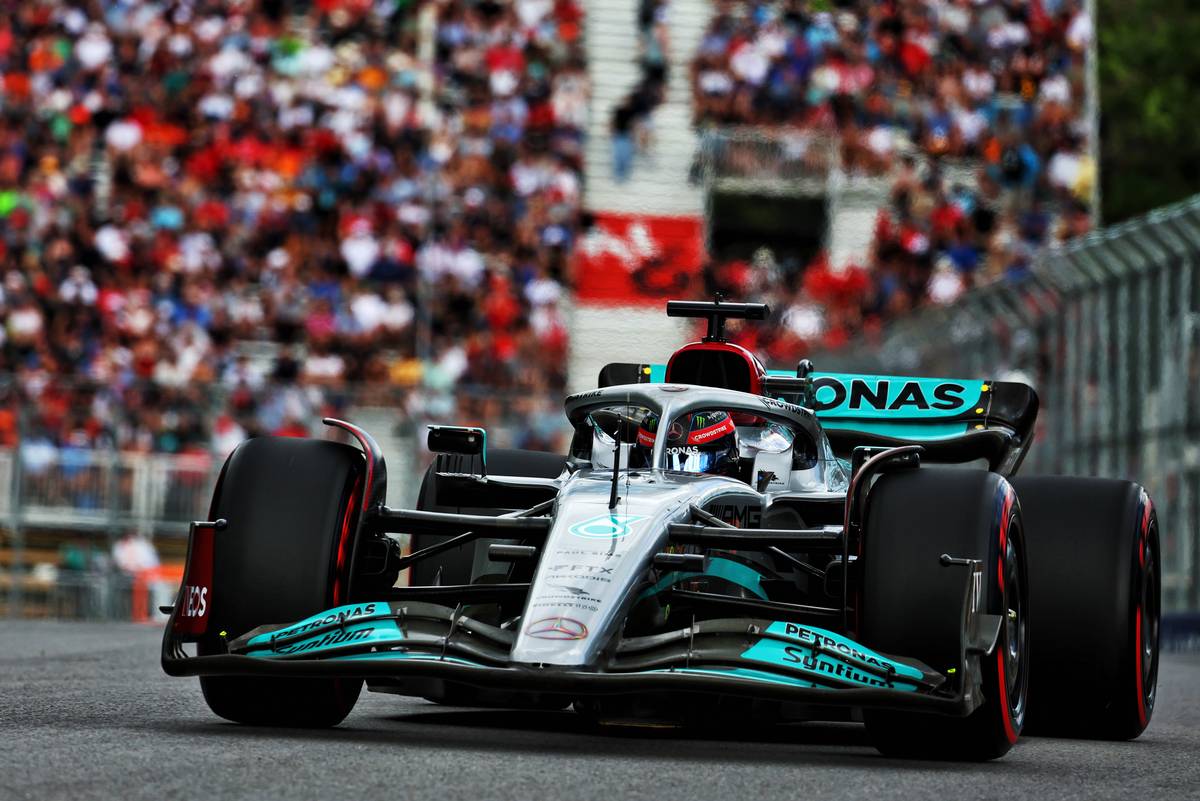 While his pace didn't allow him to join the shootout up ahead between race winner Max Verstappen and runner-up Carlos Sainz, Hamilton said that finishing third left him dying to join the battle at the very front at his home race next week.

"Moving onto Silverstone and such an important race for us and for me, I really just want to be in a battle with these guys," he added.

"At the end [of the race in Canada], when the Safety Car came in and we started again, I was hoping that I could be in the fight.

"The dream was that I could keep in that battle with them and find a way but they were rapid! But we will get there."