Max Verstappen says his final hot lap in qualifying at Silverstone was hindered by a yellow flag, but the Red Bull driver was nevertheless happy to start his British Grand Prix on the front row alongside poleman Carlos Sainz.

Verstappen was in a league of his own in the final practice session that was held on a dry track. But come qualifying the Dutchman, like his colleagues, had a very wet track to contend with.

But the Red Bull/Verstappen combo swiftly navigated its way through the successive segments of qualifying to reach the final Q3 shootout.

Again, Verstappen appeared to be in charge, and even a spin was but a temporary set-back. However, a late-session yellow flag cost him the few tenths that he needed to overhaul Ferrari pace setter Sainz.

"It was quite a tricky qualifying with the rain and then also it was raining, drying, so you had to be at the track at the right time," said Verstappen.

"I think, overall, the car was working really well and Q3 is always a bit of a lottery, when you have to put the fastest lap in.

"I got a bit hindered in my final lap with the yellow flag, unfortunately, but I think to be on the front row is very good for us and we have a good race car in the dry." 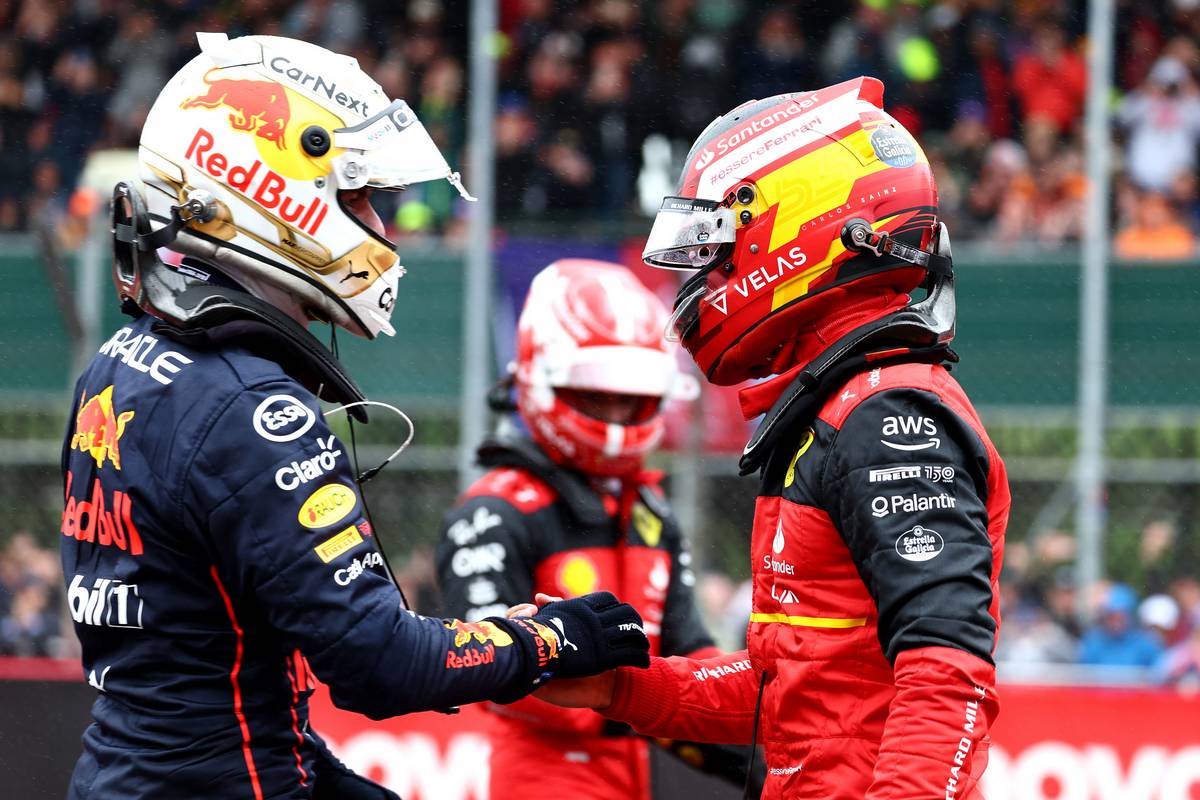 Come rain or shine on Sunday, Verstappen will be a tough act to follow as Red Bull's dominant machine has so far demonstrated its superiority at Silverstone relative to its rivals.

"It's not only about the first lap, it's also about the race," said Verstappen. "We have a good race car and it's also all about the tyre management as well.

We have a new front row! 🤝 Congrats to @Carlossainz55 on your first Pole Position 👏 #F1 pic.twitter.com/AOgQTkHnZM

The reigning world champion delivered his views after qualifying to Billy Monger amid a wave of jeering and booing streaming from Silverstone's main grandstand, a reaction that disappointed Verstappen.

"I was a bit disappointed because I couldn’t really understand Billy which was a bit of a problem," he said later on in the FIA presser. "But the rest, I mean, if they want to boo they do that.

"For me it’s not going to change anything. I am happy to always be here. It’s a great track, it’s a great atmosphere in general.

"Maybe some of them, they don’t like me and that’s fine. They will have their own opinions and I don’t care."