Mercedes pair Nyck de Vries and Stoffel Vandoorne finished third and fourth, which means that Vandoorne extends his lead in the championship to 36 points with just the double header in Seoul to go in August. 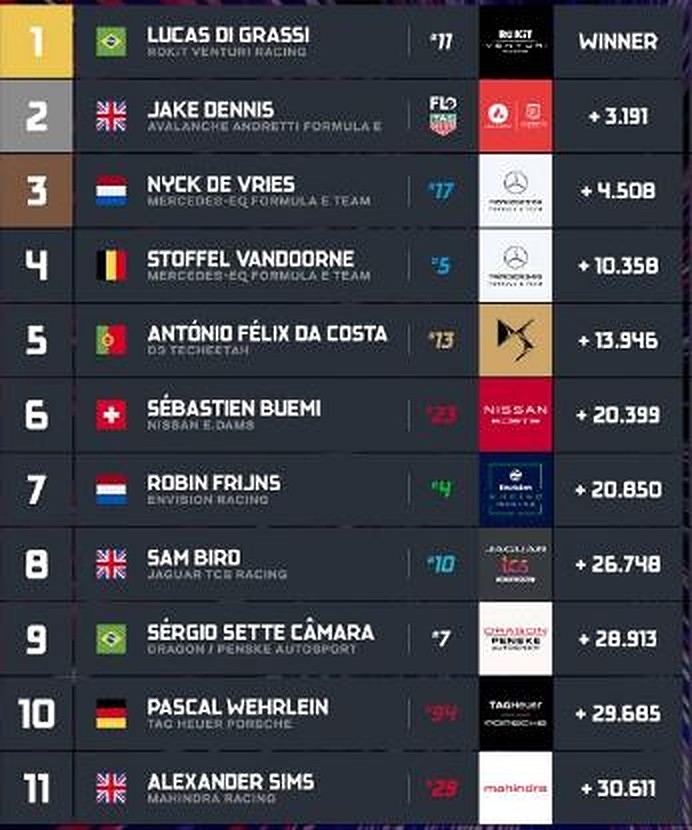 Having won Saturday's race, Dennis once again took a dominant pole position on Sunday with di Grassi alongside him on the front row, and Dragon Penske's Antonio Giovinazzi and DS Techeetah's Antonio Felix Da Costa starting on the row behind.

The main title contenders had all fared poorly in qualifying, with Vergne qualifying in 10th, Evans and Vandoorne sharing row seven in 13th and 14th respectively, and Mortara down in 17th.

Vergne was out on the first lap with radiator damage, while Oliver Askew and Oliver Rowland clashed at the ramp section which saw Rowland's Mahindra briefly hoist itself on top of the wheel cover of the Andretti.

Rowland's suspension was damaged when the car landed back on the track, while Askew was penalised for the collision and eventually retired due to the damage incurred.

After a safety car for track clean-up the race resumed with just under 40 minutes remaining. Dennis still led, and de Vries was first to use Attack Mode to briefly go second, while Giovinazzi defended third from Da Costa until he was penalised for over-use of power and subsequently retired on pit lane. 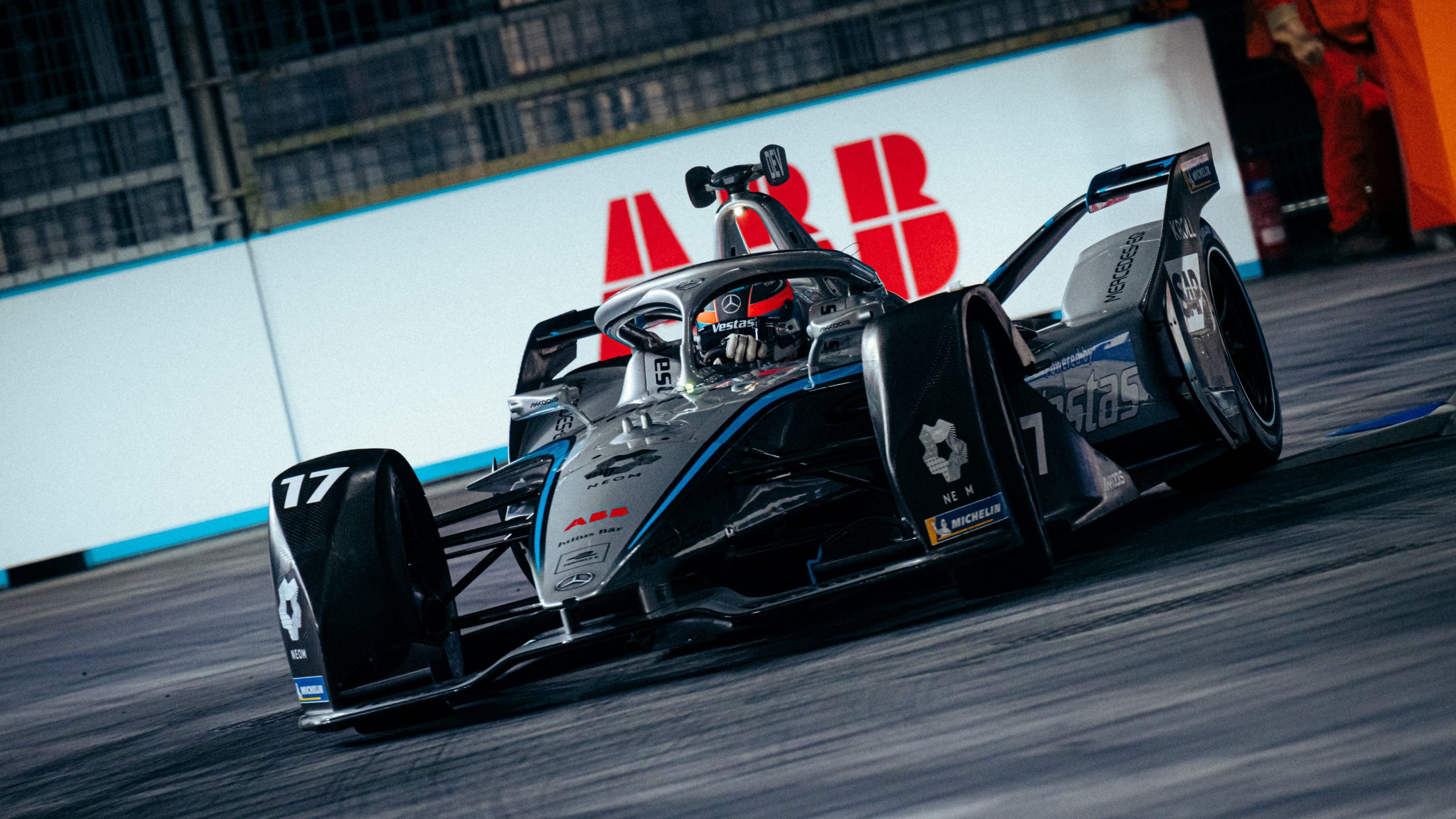 Dennis surrendered the lead when he moved to take his second Attack More. While he used the extra power to repass di Grassi on this occasion, the Brazilian was able to stay close with de Vries distracted as he came under attack from Evans.

Di Grassi got ahead of Dennis again when the Andretti took its final Attack Mode, and this time succeeded in pulling away from Dennis by using Fan Boost with minutes remaining to establish what proved to be a winning lead of over three seconds.

It's di Grassi's first win for Venturi (and his 13th in Formula E, tying Sebastien Buemi for the all-time record) and puts the team ahead of Techeetah in the team standings - albeit a long way behind points leaders Mercedes. 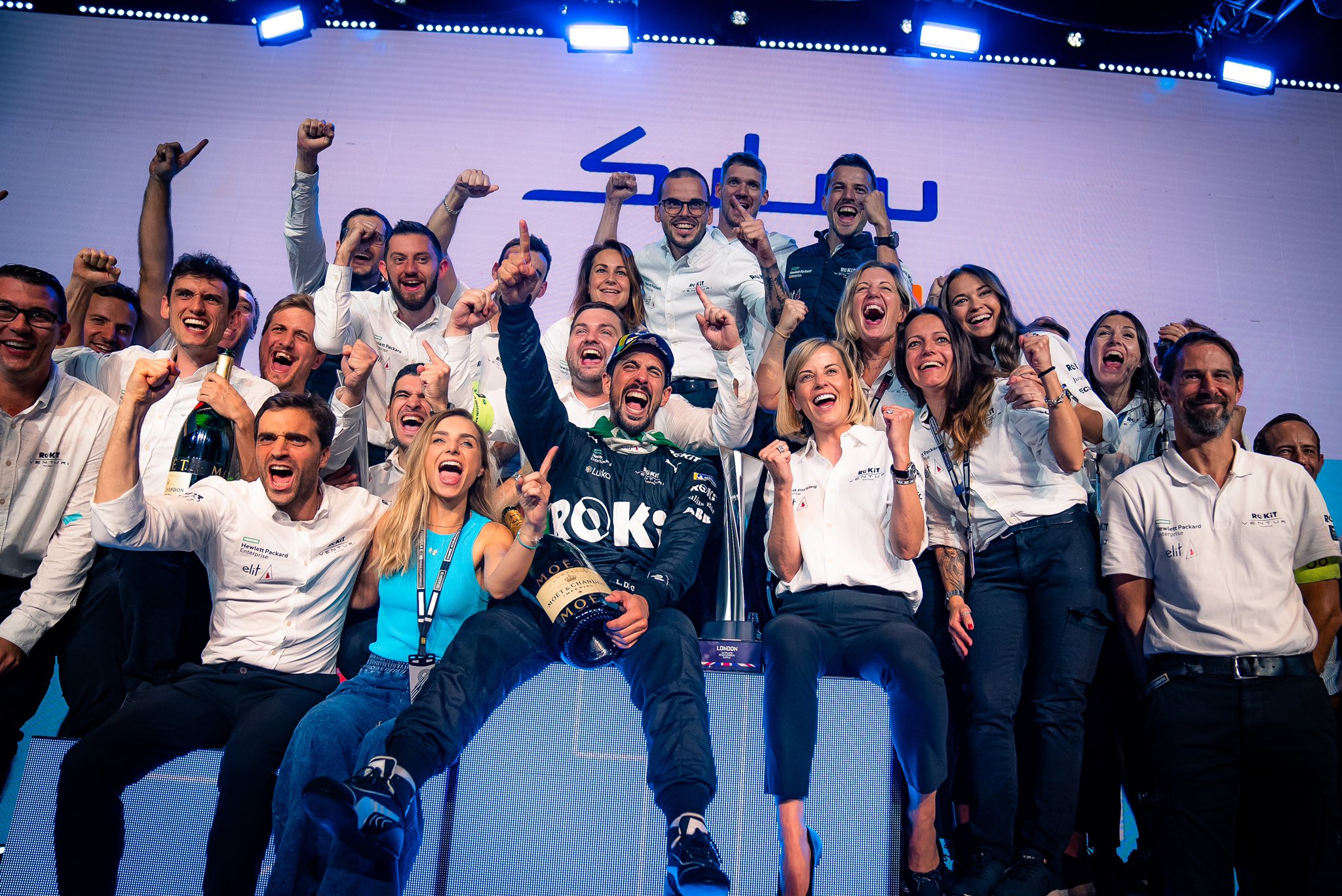 Having reached fourth place, Evans' car slowed at the chicane during the three minutes extra time added for the safety car intermission. He crawled back to pit lane, allowing Vandoorne to pick up the position at the chequered flag, after de Vries defied team orders to hand over third place to his team mate on the final lap.

"I just didn’t see the necessity," de Vries explained. “Why? Give me one reason. He’s got the points.”

Vandoorne dismissed the incident and was satisfied with his recovery drive from 13th. "We can definitely be happy with the weekend in general and the points we scored," the former McLaren F1 driver said afterwards.

"Now there's just one weekend to go, and we've got to keep working every bit as hard as we have been so far, because we know that there can be big swings in Formula E." 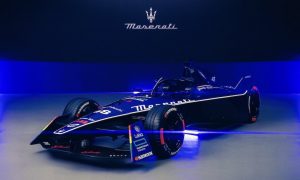 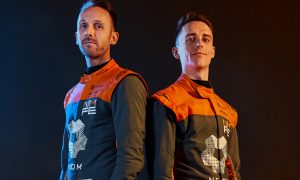