Alfa Romeo rookie Zhou Guanyu has performed well so far this season, and the Chinese driver says he's even surprised himself at times during his maiden campaign in Formula 1.

The 23-year-old who entered F1 with a significant sponsorship support package was regarded at the outset as an economic choice for Alfa Romeo.

But a top-ten finish in the opening round in Bahrain augured well for Zhou's intronization among motorsport's elite.

However, except in Montreal where he finished P8, points were hard to come by thereafter due in large part to reliability issues and bad luck that impacted several of his races, including at Silverstone where Zhou was on the receiving end of a scary chain reaction at the start that ended with the young gun strapped upside down in his car at the first corner!

Taking stock of the first half of his season, Zhou responded to the suggestion that he has been the revelation of the season. 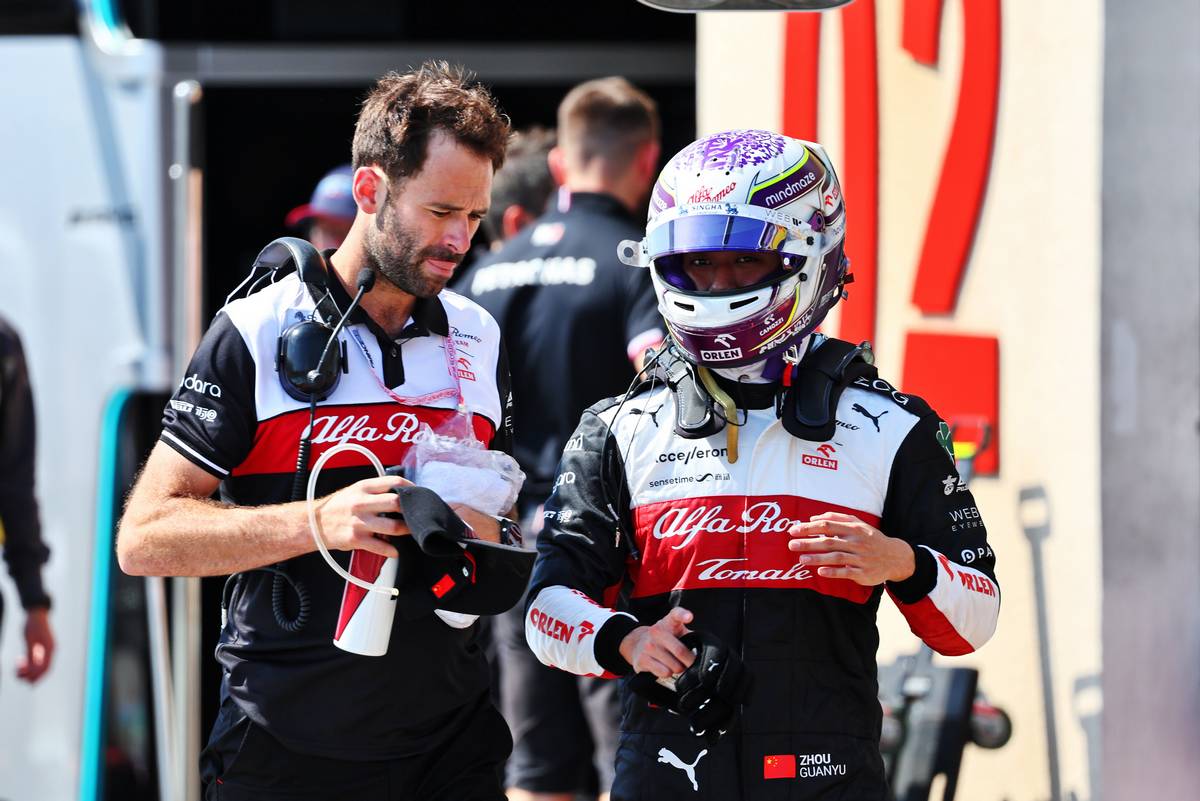 "Overall, I'm quite happy," he said. "Surprising anyone, also, [getting into] Q3 is definitely a big surprise for myself as well, because I don't feel, [in my] first year, we've had much opportunity to do that.

"So it was quite a good achievement, and good news for me going forward."

"But then, on the other hand, I feel like my expectation for myself is obviously higher, because even though I'm still a rookie, if I'm out in Q1 I just always feel quite upset now.

"At the beginning of the year, I would have been okay, but now I can feel like Q2 will always be my minimum target, even though now the whole field is quite compact."

Alfa team boss Frederic Vasseur recently praised Zhou for his performance year-to-date, insisting the Chinese driver "is ticking all the boxes" both on and off the track.

Does he agree with the Frenchman?

"I think, overall, most of the [targets have been] achieved. Maybe overachieved, [with] all these DNFs [and the] crash, that I wasn't asking for!" he joked.

"In terms of reaching Q2, Q3, that after Q2 I want to be in Q3, [that has] been achieved. But then, still I think there's some stuff I want to figure out a little bit with the team.

"Firstly, I think is the starts. As a team, we struggle a lot [with that]. It's very inconsistent or unpredictable.

"I think that's something we want to improve for our team, and hopefully that's getting fixed very soon."