Alonso surprised the paddock with his announcement that he was quitting Alpine at the end of the year to take over Sebastian Vettel's seat in a lucrative multi-year deal.

Brundle says that this could be the boost that Aston Martin needs, as it currently languishes in ninth place in the constructors championship.

“Fernando is a force of nature on and off the track and he will push the team very hard," Brundle predicted.

Alonso had been expected to sign for another year at Alpine, or possibly to retire for a second time after having left F1 at the end of 2018 to spend two years competing in sportscars.

“I remember interviewing Fernando on the 2018 Abu Dhabi grid and he was very convincing that it really was the end of his F1 career," Brundle said.

Brundle said that the announcement of Alonso's signing by Aston Martin also explained why Vettel had confirmed he would be retiring at the end of 2022, which came just three days before the Hungarian Grand Prix. 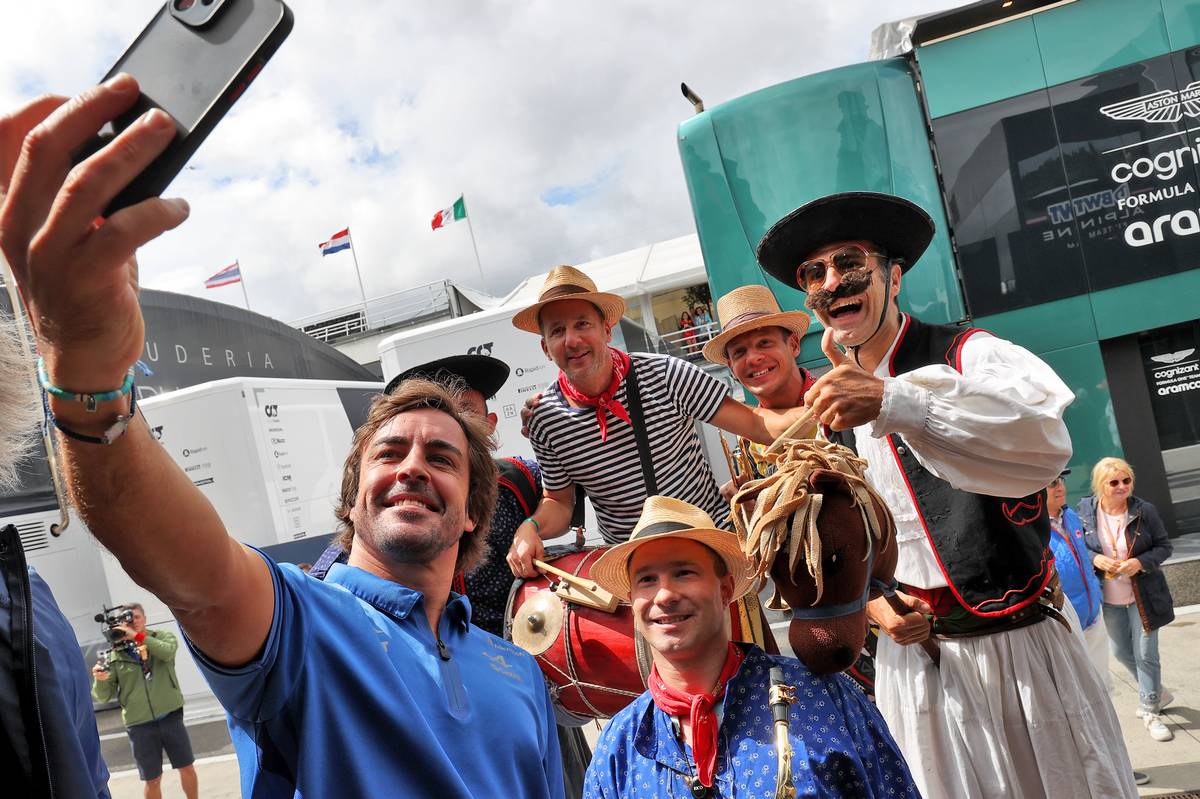 “The timing of [Vettel’s] video retirement declaration made even more sense when Fernando Alonso was surprisingly announced as taking his seat on Monday morning," Brundle wrote in his column for Sky Sports F1.

“It appears that Alpine couldn’t or wouldn’t offer Alonso a two-year deal, and his Aston Martin deal is officially described as multi-year.

“He’s also been fairly underwhelmed at how punchy his team-mate Esteban Ocon has been towards him in combat at Alpine, rather than turning all their guns on their rivals."

Alonso is known for being a tough team mate to get along with, going right back to 2007 when he fell out with rookie driver Lewis Hamilton when the pair were partners at McLaren.

Although not officially confirmed, it's likely that Alonso will be working alongside Lance Stroll at Aston, whose father Lawrence is in charge of the business.

Brundle conceded that this might end up causing friction within the team next year.

"[Alonso]’s mellowed a little these days but there could easily be fireworks as he joins the Stroll family firm," he speculated.