Ferrari will return to action at Spa-Francorchamps at the end of the month with a power unit that will feature an upgraded hybrid component.

Formula 1's mandatory freeze on engine development took effect earlier this year on March 1, and included the ICE, the turbo, the MGU-H, the exhaust system, the fuel specification, and the engine oil specification.

But a second homologation date set for September 1 allows manufacturers to introduce a final update limited to the PU's control electronics, energy store (battery) and the MGU-K.

The Belgian Grand Prix will take place on August 28 which means that any updates limited to the specific hybrid elements will be within the September 1 deadline.

"Yes, we expect improvements to the hybrid system that can help us during the entire period of the engine freeze," Ferrari team boss Mattia Binotto told the Italian edition of Motorsport.com.

"We are working hard, but it won't be a turning point."

Ahead of this season, Ferrari pushed the boundaries of its engine development to the max which has resulted in multiple power unit failures, not only for the Scuderia but also for its Haas and Alfa Romeo customer teams. 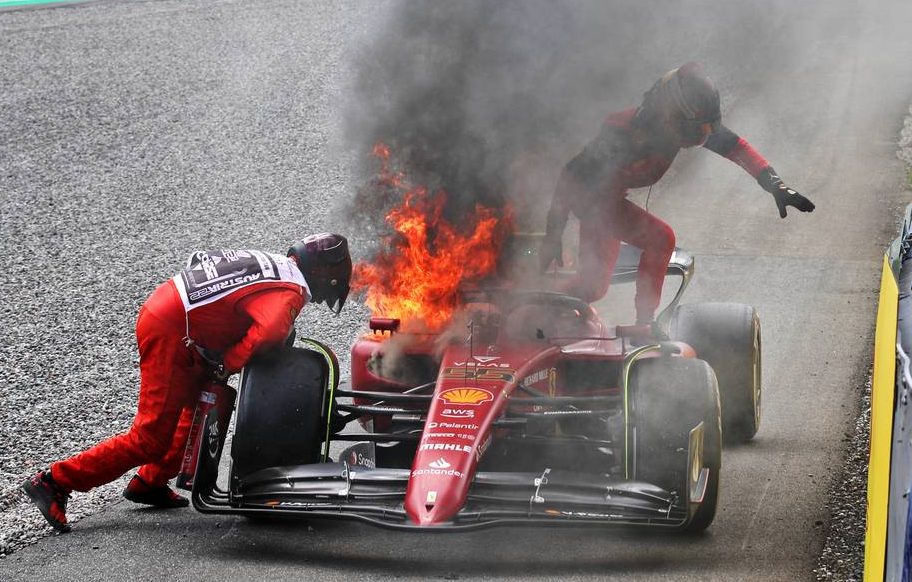 Binotto said the Scuderia is adding to its pool of hardware as it sees fit and according to events and mileage.

It was suggested to the Ferrari boss that the Italian outfit could follow Mercedes' 2021 buildup approach to its engine inventory, but Binotto doesn't believe such a plan was intentional.

"I don't think that's a strategy, but rather the consequence," he said.

"It was the case for [Lewis Hamilton and Mercedes in 2021], because I don't think that was predetermined. It's always better to have the strongest, but most reliable engine."

So far, Mercedes, Red Bull Powertrains and Renault have not provided an indication that they will introduce ne engine elements at Spa later this month.