Ralf Schumacher made his F1 debut with Jordan in 1997 after a successful climb up the motorsport ladder that had seen the young gun finish runner-up in 1995 in the German Formula 3 Championship and win the prestigious Macau Grand Prix.

Schumacher had competed in the junior series with the Weber-Trella Stuttgart Racing (WTS) outfit, a team part-owned by Willi Weber – the Schumacher brother's manager – and whose operations were overseen by Tost.

The current AlphaTauri team boss then followed Ralf Schumacher to Japan where he won the highly competitive Formula Nippon series, a massive achievement at the time according to Tost. 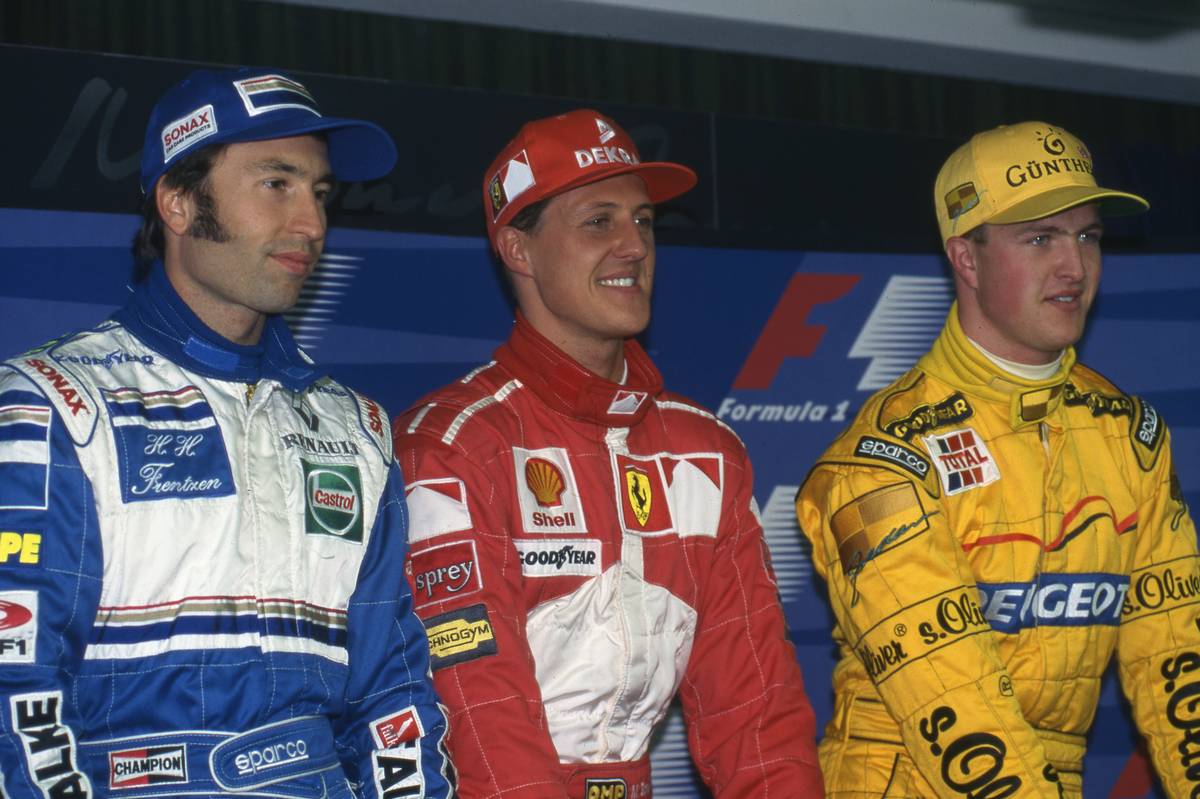 “The highlight at the beginning of his career was winning Japanese Formula Nippon. It was an extremely high-quality championship and almost impossible for a European to win.

"I went to Japan with Ralf but he didn’t enjoy the stay there that much. Because his contract was actually designed for two years, I said to him ‘win the championship in the first year, then you can shorten the time in Japan’. And that’s what he did."

As he helped guide Schumacher's run up the ladder, Tost recalled not only how fast he was but also his finesse and sensitivity as a test driver, qualities that the Austrian also witnessed later on in F1.

"I can still remember his prophecy at Silverstone when he was testing the McLaren-Mercedes [in 1996]," he said. "It was fitted with Goodyear tyres.

"Ralf was already doing tests with Bridgestone in Japan back then. So he leaned out of the window and said ‘if Goodyear don’t come up with something, they will have problems against Bridgestone’. That’s what [happened].

"That showed how extremely sensitive Ralf was early on as a test driver." 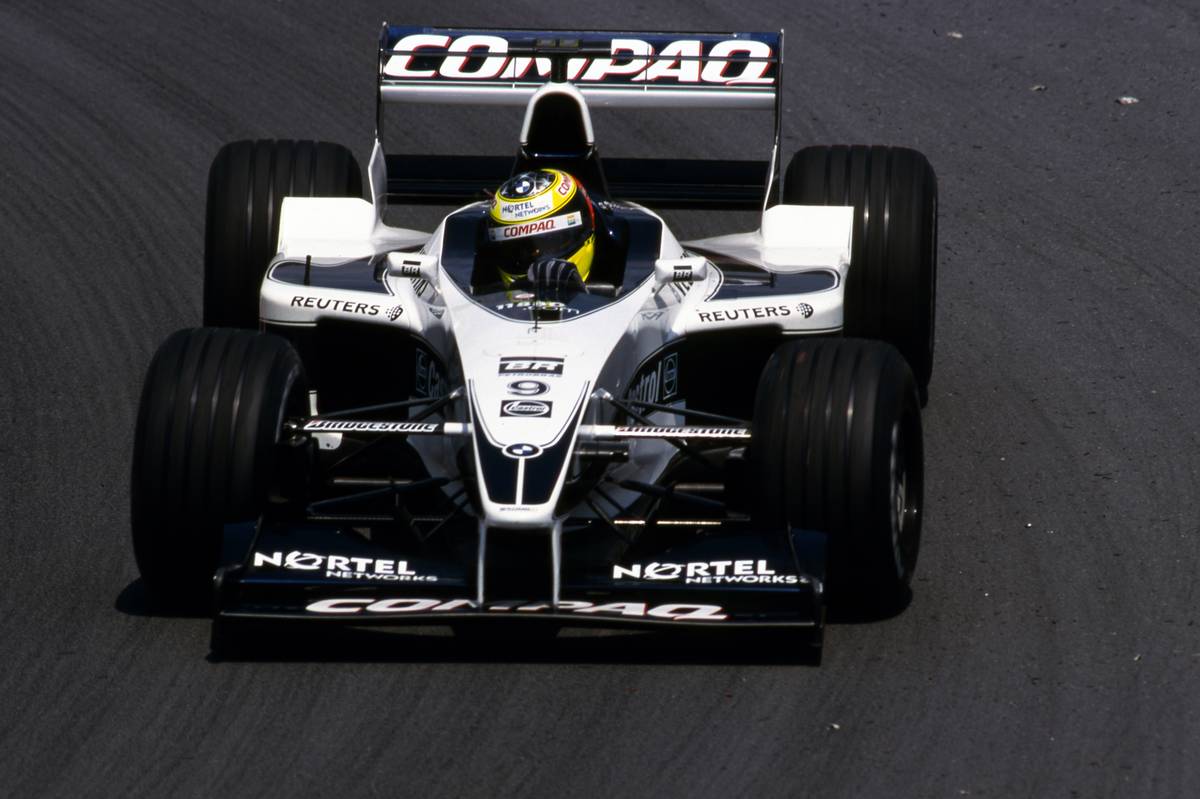 At Williams, the team he joined in 1999 and where he won all of his six career victories in F1, Schumacher held his own against the likes of Juan Pablo Montoya and Jenson Button.

"Regarding his time in Formula 1, he had high-quality, extremely fast team-mates like Juan-Pablo Montoya or Jenson Button, and he controlled [them].

"His problem? He was never in the right place at the right time, otherwise he would have won titles like his brother.

"What ultimately cost him his speed were two extremely serious accidents. Once when testing in Monza (a heavy testing at the second Lesmo in 2003) and the crash at Indianapolis (in 2004). You couldn’t just put that away."

Schumacher ultimately concluded his career among motorsport's elite with a lucrative but winless three-year tenure with Toyota. 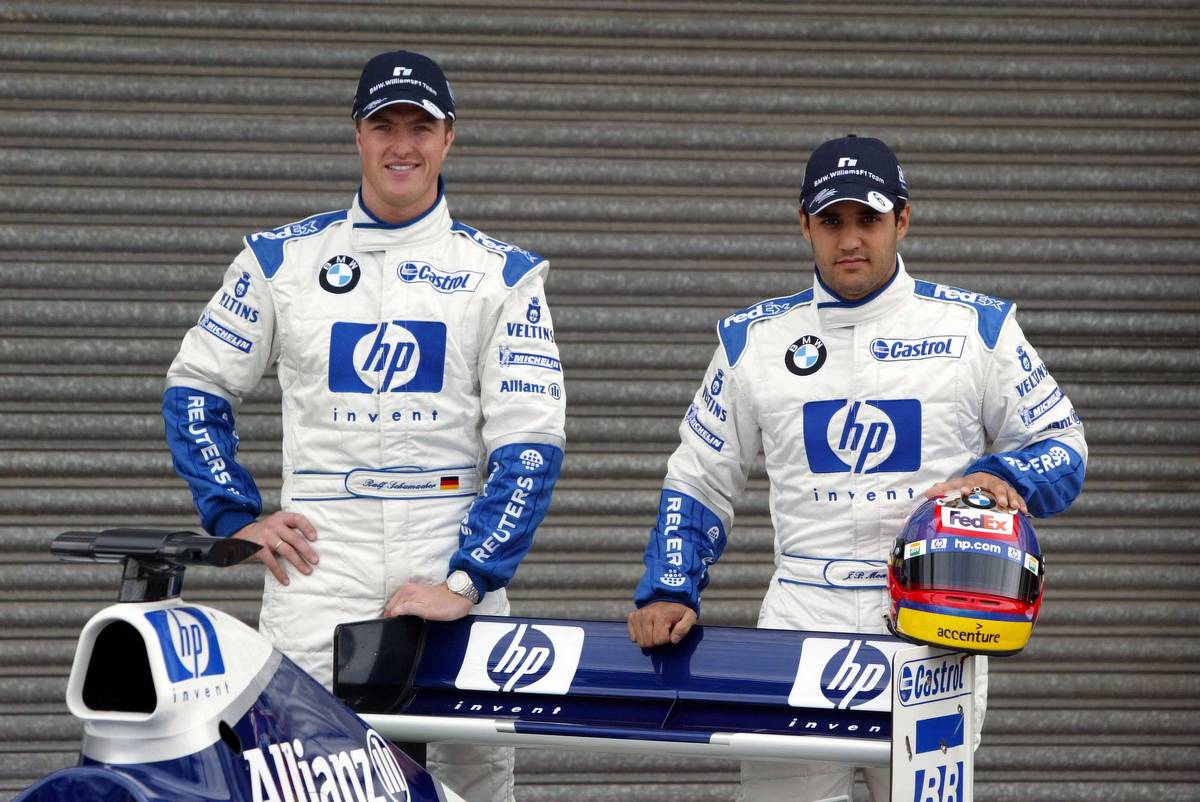 As for Montoya, Tost reckons the Columbian was another driver who was a world champion when he started his career in F1 with Williams in 2001.

"But what Montoya, like everyone else, lacked compared to Michael was this total focus on Formula 1. For Michael, there was only Formula 1, nothing else.

"Even Ralf was easily distracted in this regard. In terms of sheer talent, Montoya could easily have won a title.

"But talent alone is not enough to win titles in Formula 1. You have to have the necessary discipline to use your talent properly.”