The Australian Grand Prix Corporation has announced that its 2023 event at Albert Park in Melbourne will take place on April 2.

The race thus sits on Formula 1's 2023 calendar as the third round of the championship after Bahrain and Saudi Arabia.

In June, Formula 1 announced a 10-year contract extension with the Australian Grand Prix which guarantees the event's presence on the sport's agenda until 2035.

As part of its extended deal with F1, Melbourne has been promised season opening status a minimum of five times in the next 13 years.

It has already been decided that the event will open the 2024 and 2025 F1 campaigns while its additional three opening slots have yet to be determined.

Next year's event will surely enjoy once again a healthy attendance with future F1 local hero Oscar Piastri on the grid, while Daniel Ricciardo will hopefully also be in action.

Last week, Formula 1 CEO Stefano Domenicali suggested that next year's calendar will feature 24 races, more than any previous season and the maximum allowed under the sport's current regulations. 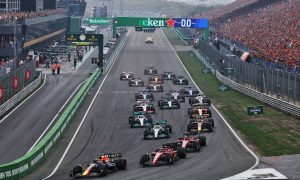