In the end, Verstappen's best Q3 time of 1: 10.342s was just enough for the championship leader to secure pole for his home race for the second year in a row. Leclerc was second just 0.021s behind, with Sainz also within a tenth.

“Max did a great lap in the end,” said Leclerc, who will start the race from the front row alongside Verstappen.

"Our car was getting better and better throughout qualifying," Leclerc told the media in parc ferme, which had been a relief after Verstappen's early runs in Q1 and Q2 on used tyres had already been hugely impressive.

“In the beginning I was pretty scared because Max was much, much quicker than us on used tyres. But then in Q3 the car came a bit more together, and I managed to do that lap which was close enough for P2.”

It certainly put Leclerc a lot closer to Verstappen than he had been this time last week in Spa-Francorchamps and gives the Monegasque hope of being able to compete when the lights go out on Sunday. 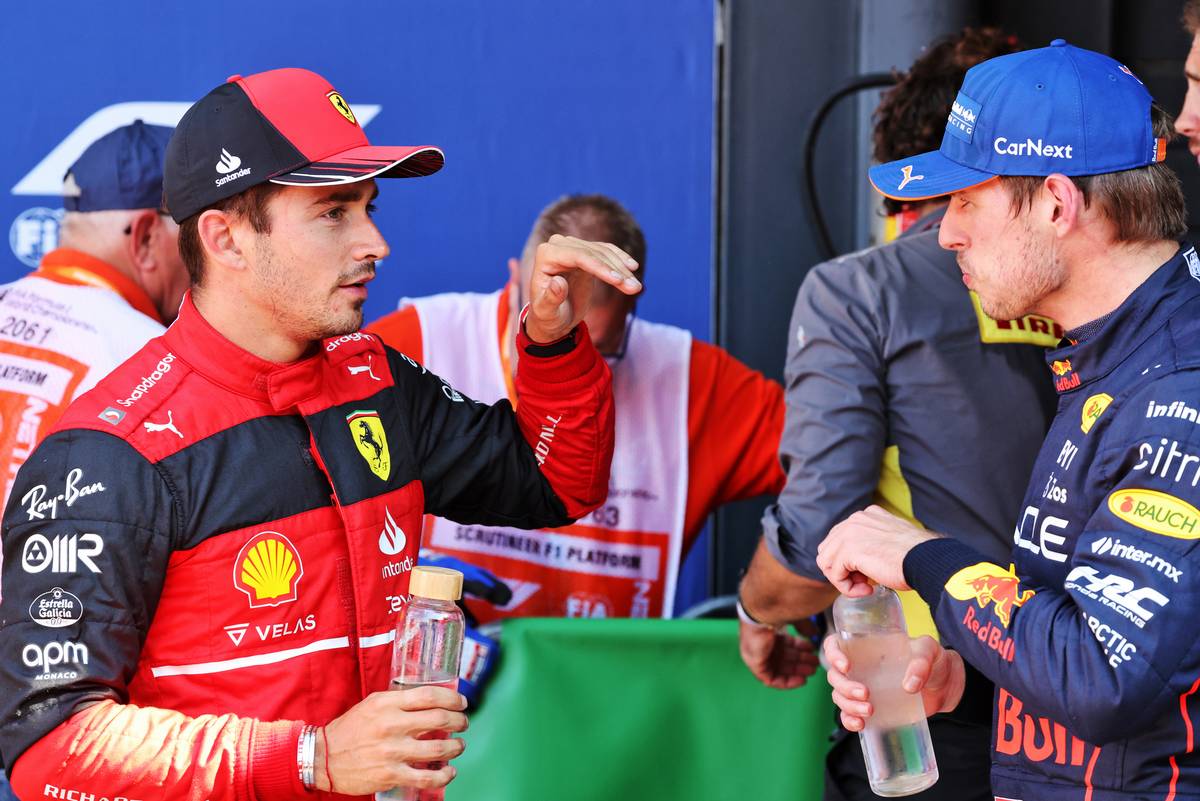 “We are much stronger here compared to last weekend so that’s good to see, and for tomorrow I think our race pace looks quite strong.

“It’s going to be close with the Red Bull but we just need to do a great start and then we’ll see.”

As for third--placed Sainz, he was lamenting lacking the extra speed that would have seen him on the front row tomorrow.

"It was a clean lap with no mistakes, just missing that last half-tenth to beat Charles and Max," he said. "It wasn't an easy qualifying from Q1 to Q2 to Q3, but I think in the end, we did a decent job. 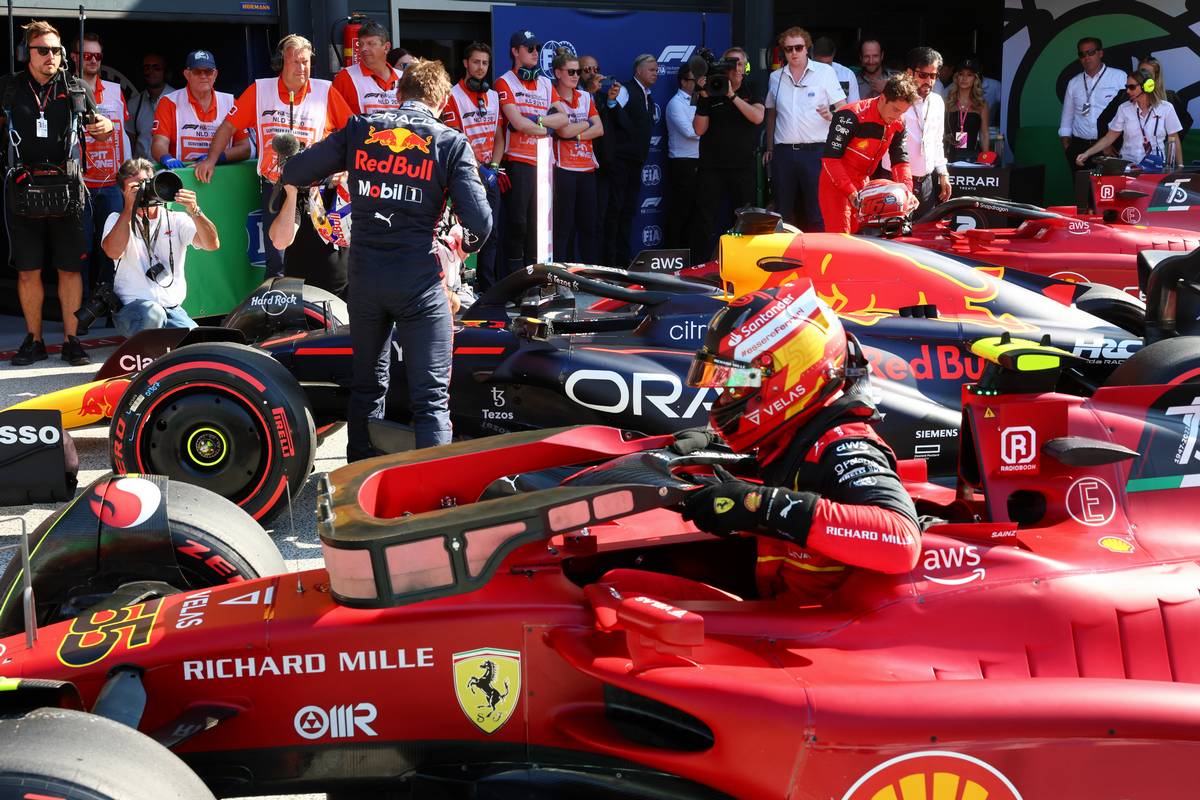 "It was on the limit out there, every little metre of track that you could use where you could push was counted," he said. "It is very tough out there, especially with these heavier cars.

"The track is especially demanding on the tyres," he added, identifying this as the big issue that all the drivers will have to contend with tomorrow.

"We have a lot of overheating during the lap, even in the long runs, and a lot of degradation," he explained. "So I think tomorrow is going to be an interesting day.

"There's going to be a lot going on, even if it's difficult to try to overtake. There are going to be many options with the strategies." 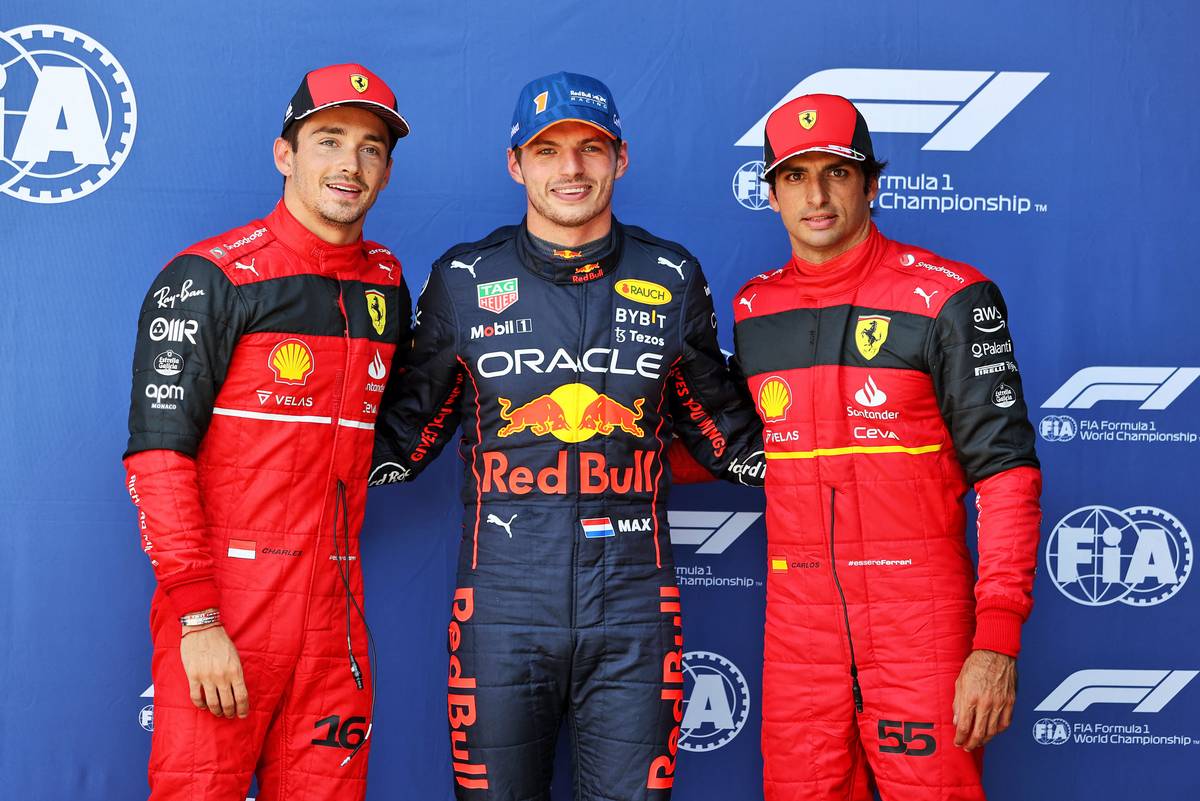 The two Ferrari team mates also joined Verstappen in criticising fans who had thrown flares onto the track during the session, one at the beginning of Q2 which cased a red flag and the second in the final seconds of Q3.

“It’s dangerous, so don’t do this type of thing,” Leclerc told the crowd. “If a car is passing at that time it can create unnecessary risks.”

"I think it’s important to let the fans know when it is possible [to use flares]," added Sainz. "Not in the middle of the race or lap one in the middle of fights at 300kph. You don’t want a distraction from smoke."

Fans have already been warned not to bring flares into the Zandvoort circuit. The FIA said that the person who had thrown the flare that caused the initial red flag in Q2 had been swiftly identified and removed by event organisers.

Hamilton 'much happier' at Zandvoort, but W13 still 'confusing'