Alex Albon believes the top speed qualities of Williams' FW44 will come in handy at this weekend's Italian Grand Prix at Monza.

Albon concluded his Dutch Grand Prix outside the points in 12th position, but a close analysis of his race revealed an overall performance that was satisfactory for the Anglo-Thai racer.

"It wasn’t too spectacular, but I think it was a very good race," commented the Williams charger whose race was likely negatively impacted by the timing of the safety car.

"If you think about our car and its advantages, Zandvoort is not the one that ticks boxes and we actually had generally good race pace.

"If you look at our stints, apart from the final one, we were actually pretty quick – surprisingly quick, to be fair.

"The wind died down, that played a big part for us, and we could make the medium [tyres] work much more than the hards and the softs, so that’s something to have a dig at and look why that is." 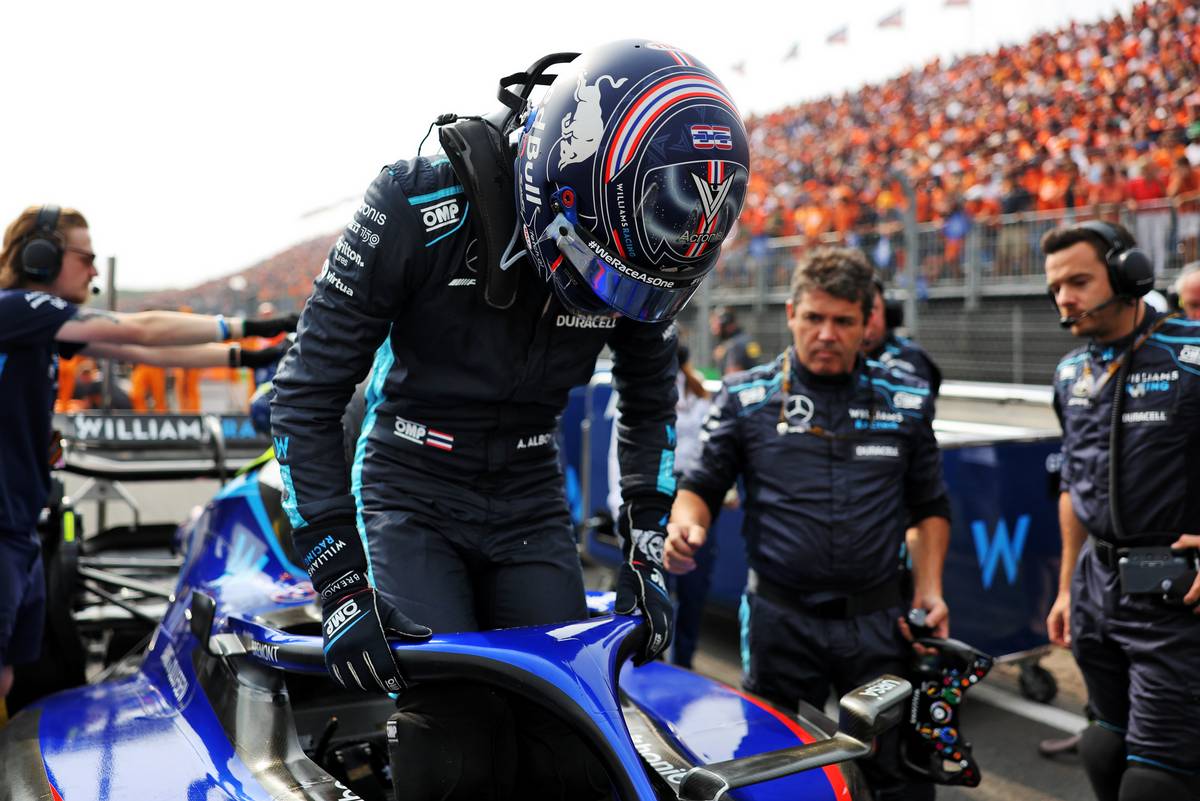 At Spa, Albon's Williams topped the speed trap readings on the Kemmel Straight, a performance that augurs well for this weekend's round of racing at Italy's Temple of Speed.

"I’ll be interested to see if we still have a straight-line advantage come Monza, but of course I guess we have higher expectations going into Monza than we did at Zandvoort," he said.

"Spa is quite a good track to overtake on, but Monza is even easier. So let’s see if we can keep some people behind."

"Low drag is clearly important, but the corners cannot be underestimated and there is only so much downforce that can be removed to sensibly achieve a competitive drag level," expaliend Robson.

"We have a good baseline from Spa, and we’ll use Friday to experiment with some alternative rear wing options to see how far we can reasonably lower the drag level."