Daniel Ricciardo has little hope of repeating at Monza next weekend McLaren's sensational 1-2 triumph from a year ago, but the Aussie will nevertheless do his best to bring his team's fans "a little bit of Italian magic".

Twelve months on from his memorable win in the Italian Grand Prix, Ricciardo's fortunes remain depressed, with the added pain of him staring at the unemployment line.

But the outgoing McLaren charger will address his F1 future in due time. In the interim, he'll do his best at F1's Temple of Speed to channel some of the energy and strength that led to one of his most unforgettable moments in his motorsport career. 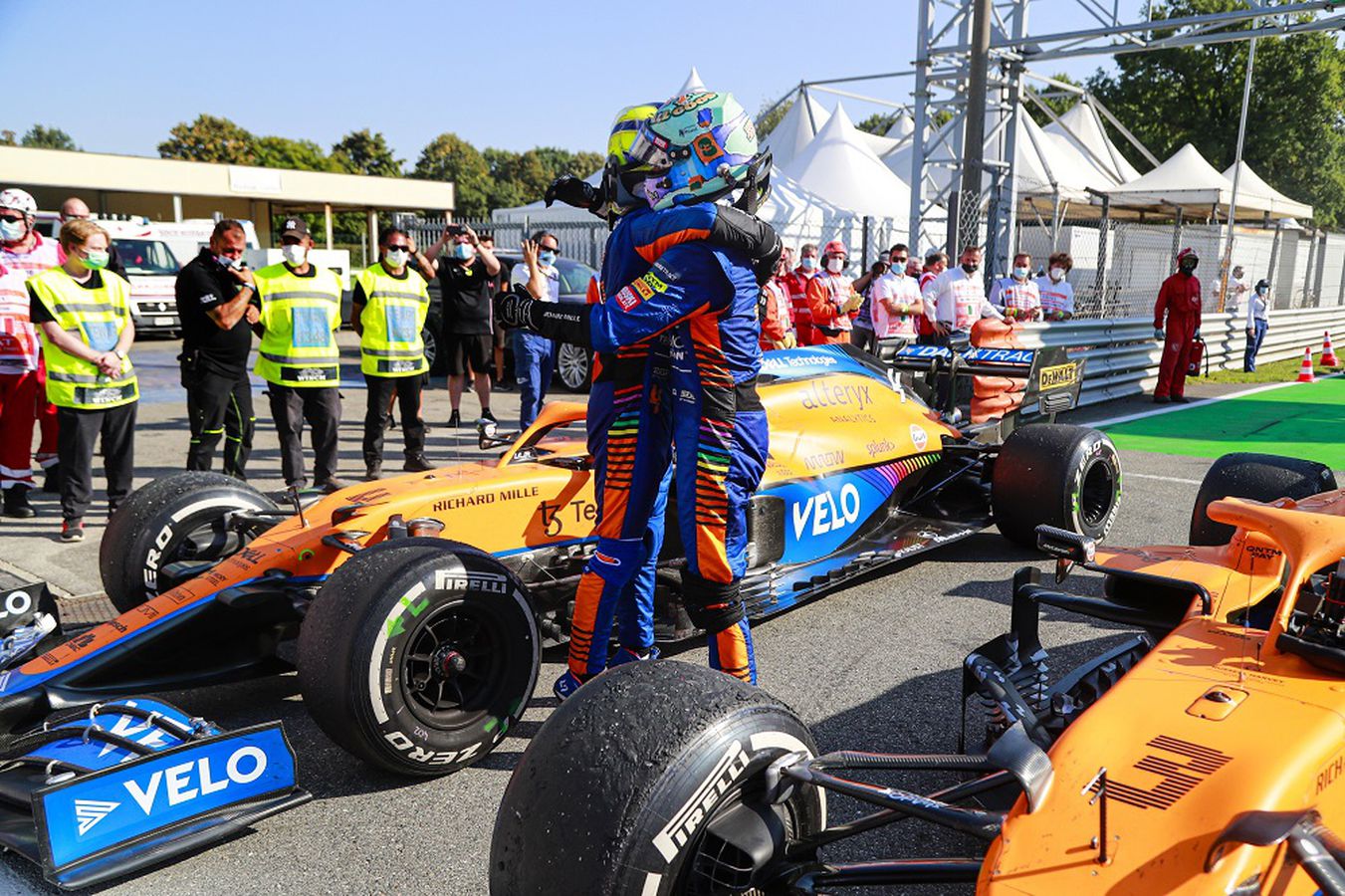 "Monza will always have a special place in my heart," he said ahead of his trip to Italy.

"Whilst another 1-2 isn’t really on the cards this time around, hopefully we can still bring you a little bit of Italian magic.

"I’m excited for the track, the amazing fans and the incredible food – the key combination for a good weekend."

Unfortunately, hope isn't a strategy. And based on his disappointing outing at Zandvoort and on Monza's high speed characteristics that aren't exactly in phase with McLaren's MCL36, the Honey Badger is likely heading into another difficult weekend.

"I’ll keep pushing through and try to end the season on a high," he said, keeping his spirits in high gear.

"We’ve had a good look at the data and had a deep dive into how we can play it for the upcoming weekend to hopefully get back up the pointy end.

"It’s likely to be another difficult weekend due to the nature of the track and it’s clear we’ve got work to do but I have full confidence in the team as we head towards the last race of this triple-header."

Albon banking on Williams' top speed 'to keep some people behind'