McLaren was understandably delighted to finish qualifying at Monza, with Lando Norris taking third place on the grid for tomorrow's Italian Grand Prix, the race where he came second in 2021.

Norris was actually seventh fastest in the final top ten pole shoot-out round, but will advance to P3 in time for the start of Sunday's race because four drivers ahead of him have grid penalties for engine component changes.

"Yes, P3 on the grid tomorrow, good opportunity to score some points," Norris declared in the paddock after the end of the session. "Very happy with today, good job by the team.

"My lap in the end I was very happy with. Pretty much put it all together," he added. “We’ve definitely made some improvements from yesterday ... Very happy, I think it was the best we could have achieved."

Even so, Norris said it hadn't been an easy time on track today. "It was extremely close between everyone," he said. "It’s a short track - not too many corners, but the margins are very close, especially Q2.

“To find the little margins and put them all together is very tough here, but I feel like I did that and gave myself a very good opportunity. I was six hundredths behind two Mercedes.

"We were so close to being ahead of the Mercedes, but to not be far behind is also a very good achievement. 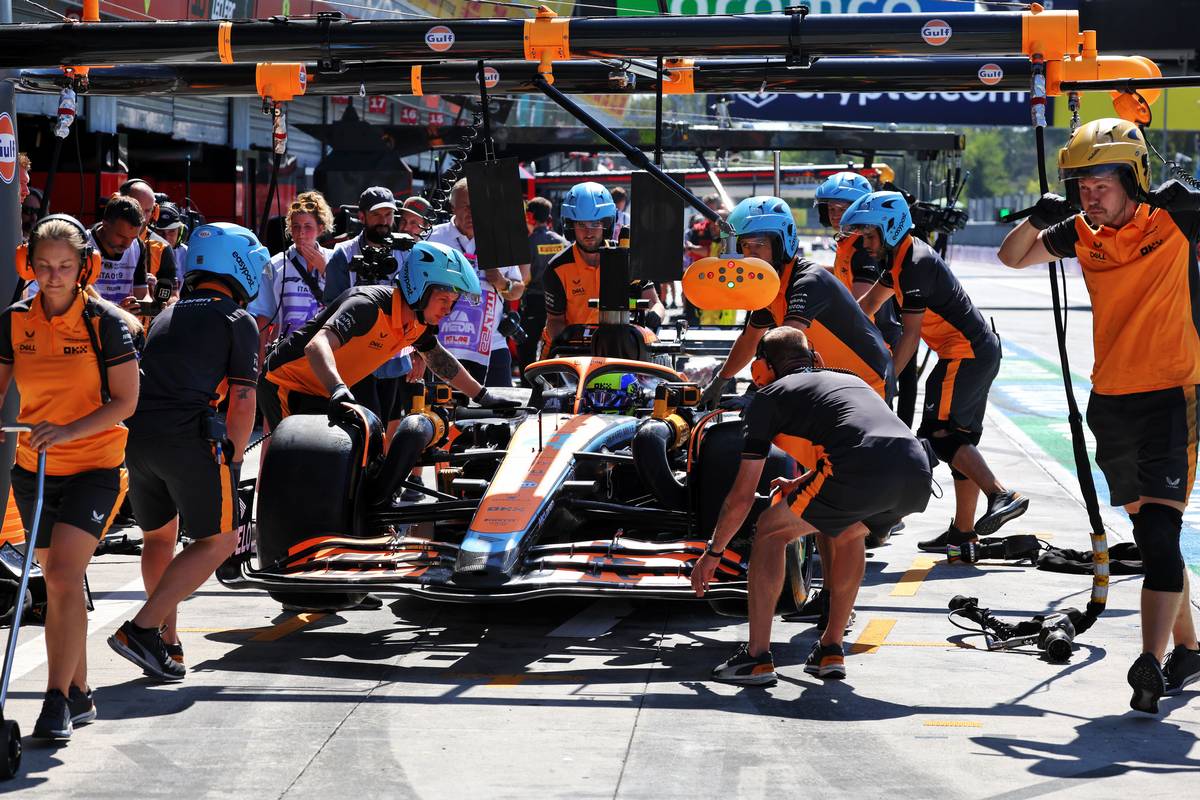 “We will work hard tonight to really understand it all and give ourselves the best opportunity to finish ahead and have two cars in the points," he added. But he wasn't counting those points in the bag just yet.

"Similar to Zandvoort and a lot of races this year - Saturday we are strong, we can perform, and we can do a good job. But Sunday is the one where we’ve not always been able to deliver and keep up our performance from Saturday.

The big battle for McLaren at the moment is with Alpine over fourth place in the constructors championship, so it was good news that both Norris and his team mate Daniel Ricciardo qualified ahead of Fernando Alonso and Esteban Ocon.

Alonso will be starting from P6 tomorrow while Ocon is one of the drivers with engine penalties dropping him down the grid order. “The race pace of Fernando was very strong yesterday," cautioned Norris. 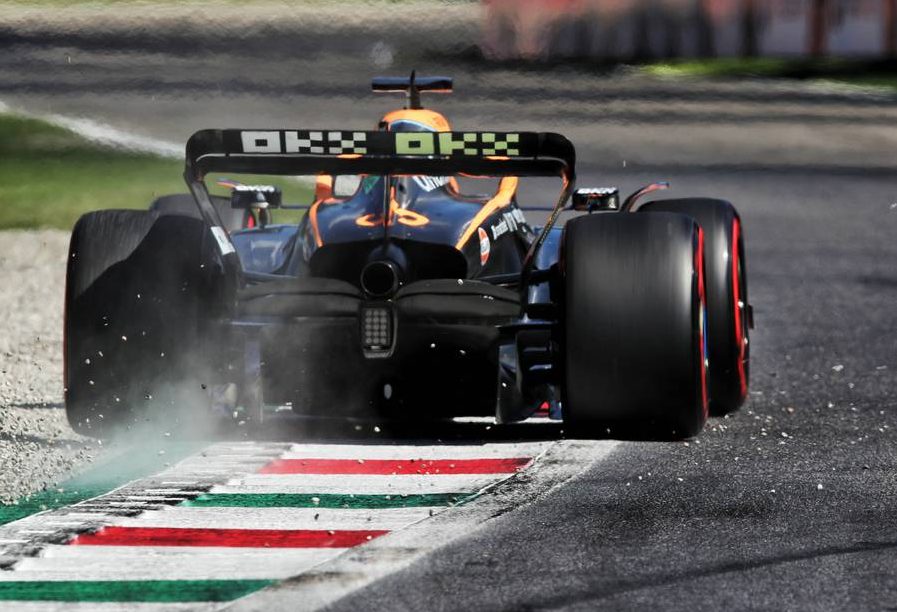 Finishing just behind Norris in the session, Ricciardo will also gain several places on the grid tomorrow. But whether he came come close to repeating his out-of-the-blue victory in last year's Italian GP at the head of a famous McLaren 1-2 is another matter.

"I don’t know where I start," Ricciardo said with the provisional grid undecided at the time he spoke to the media. "But I gained some. I can see the polesitter, that’s a nice feeling.

"Happy to be up the pointy end again, it's been a while," he quipped. "Nice to do it back here, of course, where last year there were some good memories. I am really filled with optimism.

"I didn’t feel like I was so far a top ten car, so it was nice to put a few laps together in quali," he continued. “I think Q3, it was a bit of handful through the second sector, even the first actually. It wasn’t completely hooked up. 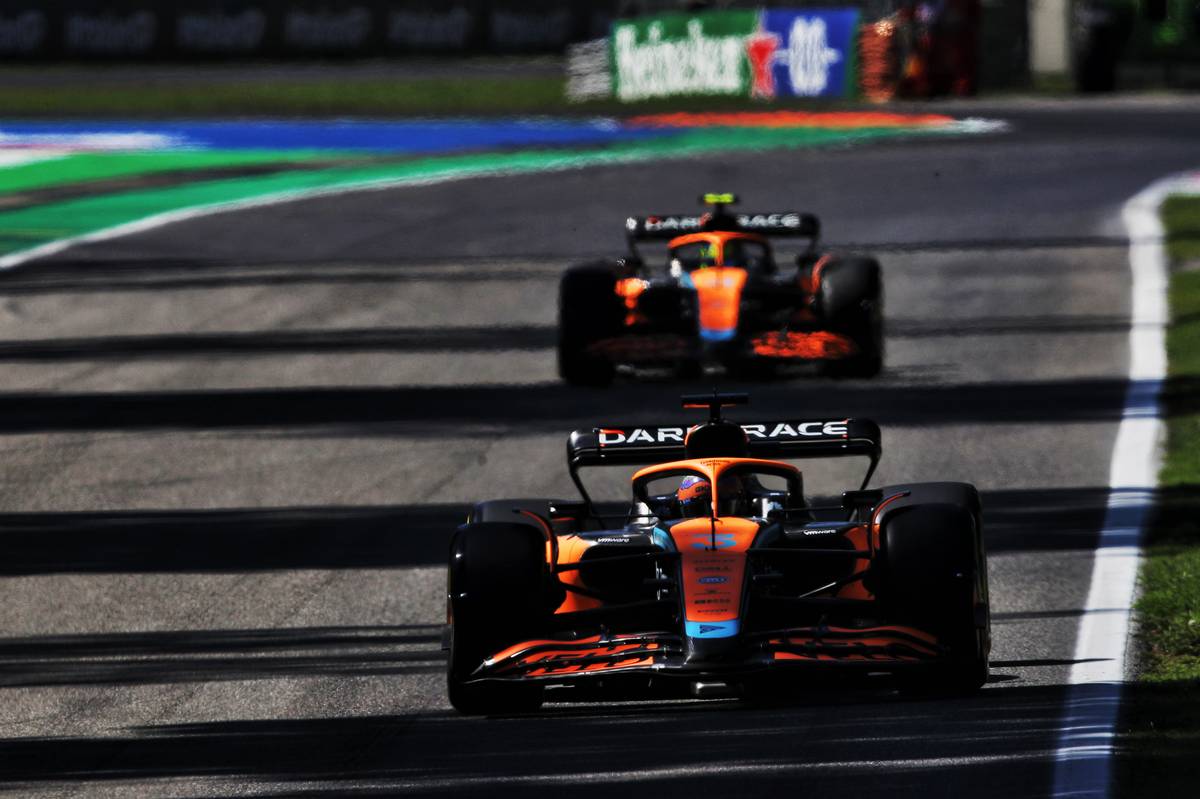 "To be honest my lap in Q2 I was kind of like on the limit with trying to get everything out of it. It’s obviously been hard for me to really feel comfortable on the limit of this car," he said. "It still is tricky for me to feel the car on the limit and know what’s going to be around the corner.

"[But] we’ve ended qualifying in a better place than where we’ve been this weekend, so I'm happy to put it together. I think we made some good changes, so hopefully we have a fast race car."