F1 managing director Ross Brawn is banking on Mercedes turning around its fortunes despite the struggles it has endured with its new generation car.

Ahead of the start of the 2022 season, there was little reason to believe that reigning world champions Mercedes and their enduring engineering prowess would not get a firm grip on F1's new regulation and produce a winning car.

And when the Brackley squad rolled out its W13 'zero sidepod' concept in pre-season testing, many believed that Mercedes had unveiled a silver arrow with an unfair aero advantage.

However, the W13's package proved complicated to set up from the outset, with porpoising significantly impacting the car's performance.

Gradually, Mercedes' engineers have been able to mitigate the issue and significantly improve their car's behaviour, but with just six rounds to go, the almighty German outfit could end its campaign without a single win to its name. 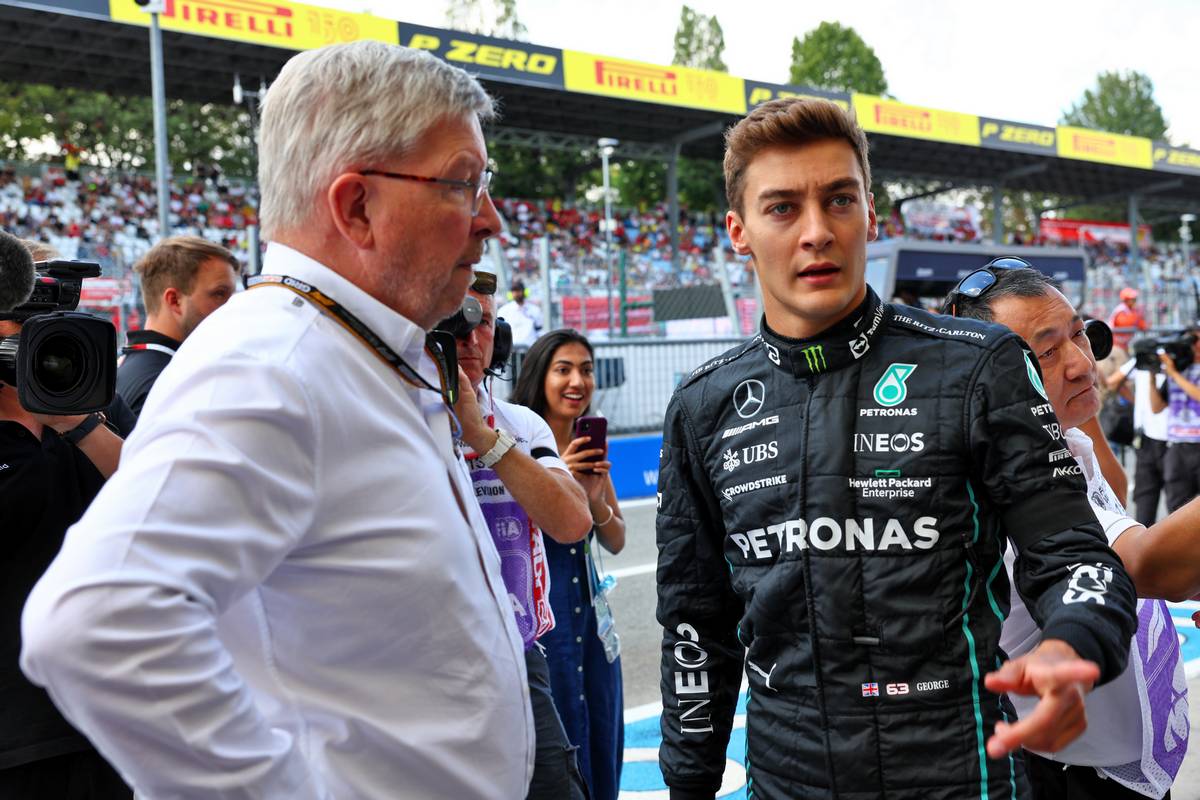 "Basically, I am very satisfied," he said. "The cars can follow each other more closely and overtake better as a result.

"Side-by-side driving has also become easier. Before, not many people knew that a car also lost performance there. Pirelli has also contributed to the improvement.

"So, everything has worked well before.

"The fact that some teams were able to implement the new rules better and the others are upset about it is Formula 1 folklore and was planned beforehand.

"It has hit Mercedes in particular. But they are not idiots, they will get it right."

Brawn has been at the helm of F1 since 2017 and the main architect of the sport's regulation overhaul.

But the 67-year-old believes the time is fast approaching for him to relinquish his day-to-day responsibilities and take a step back from F1.

"I want to cut back considerably, let’s put it that way," he said.

"I will continue to be available with my expertise, but I will no longer be responsible for an area every day.