The FIA has slightly tweaked F1's AOM that is linked to a car's porpoising or bouncing, the governing body taking into account the bumpy nature of Singapore's Marina Bay track.

In the wake of the widespread porpoising and high-frequency bouncing issues suffered by F1's new generation ground-effect cars, the FIA introduced at the Belgian Grand Prix at Spa - on the grounds of safety - a aerodynamic oscillation metric (AOM) devised to force teams to limit the bouncing and bottoming of their cars.

Any car exceeding the AOM limit risks being excluded from an event but so far, no outfit has been caught in breach of the stipulated metric.

However, ahead of this weekend's Singapore Grand Prix at Marina Bay – a track last visited by F1 in 2019 – it was feared that the bumpy nature of the track could cause inadvertent oscillation spikes exceeding on average the metric's limit.

But to compensate for spike readings caused by the tracks bumps rather than porpoising, the FIA has added some margin to its metric by setting a top limit of 7G.

Any reading or strike exceeding that threshold will not be taken into account.

For this year's race, Singapore Grand Prix organisers have resurfaced three sections of the Marina Bay circuit to minimize bumps and also to make the track less likely to generate porpoising. 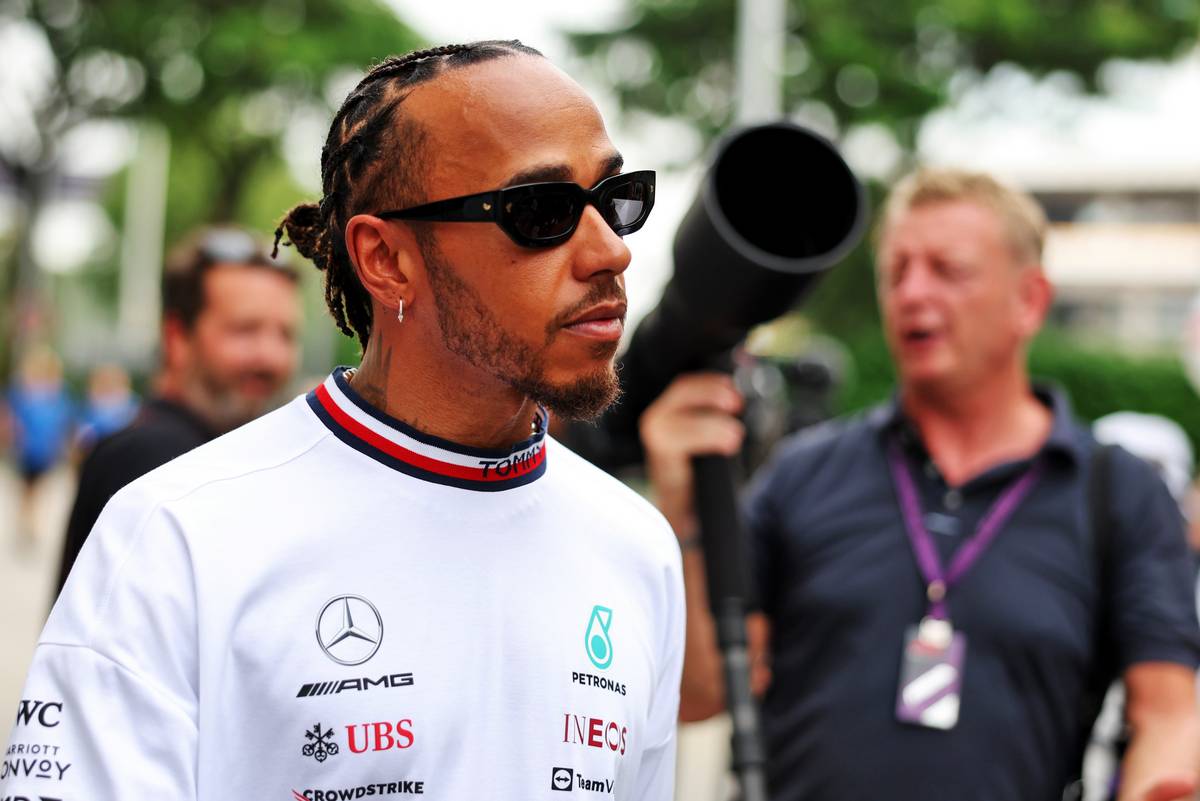 And Singapore's bumps could prove to be the story of Mercedes' weekend at Marina Bay.

"We hope the car works better here," Lewis Hamilton told the media on Thursday. "But it really depends how bumpy it is.

"The bumps often set the car off and upset the car in a lot of instances. So we know it will be bumpy – maybe the car will be fine, maybe it won’t.

"So I have no expectations, we will just try to have the best weekend with whatever we are faced with."