Martin Brundle says Max Verstappen's flash of anger last Saturday in qualifying in Singapore signalled that behind the “calm and serene” Red Bull driver, there’s still “quite a temper” lurking under the surface.

Verstappen missed out on a likely pole position when his team ordered him to abort his final flyer in Q3 as it estimated that it had not fueled the Dutchman’s car enough to complete the lap and provide the mandatory fuel sample for the FIA stewards.

It was Verstappen’s second aborted lap in Q3 and the shortfall left the championship leader P8 on the grid.

Versrtappen was understandably upset with his team’s fuel blunder, but many were nevertheless surprised by the impetuosity of his expletive-laden radio outburst directed at his crew given how rarely the latter have let him down. 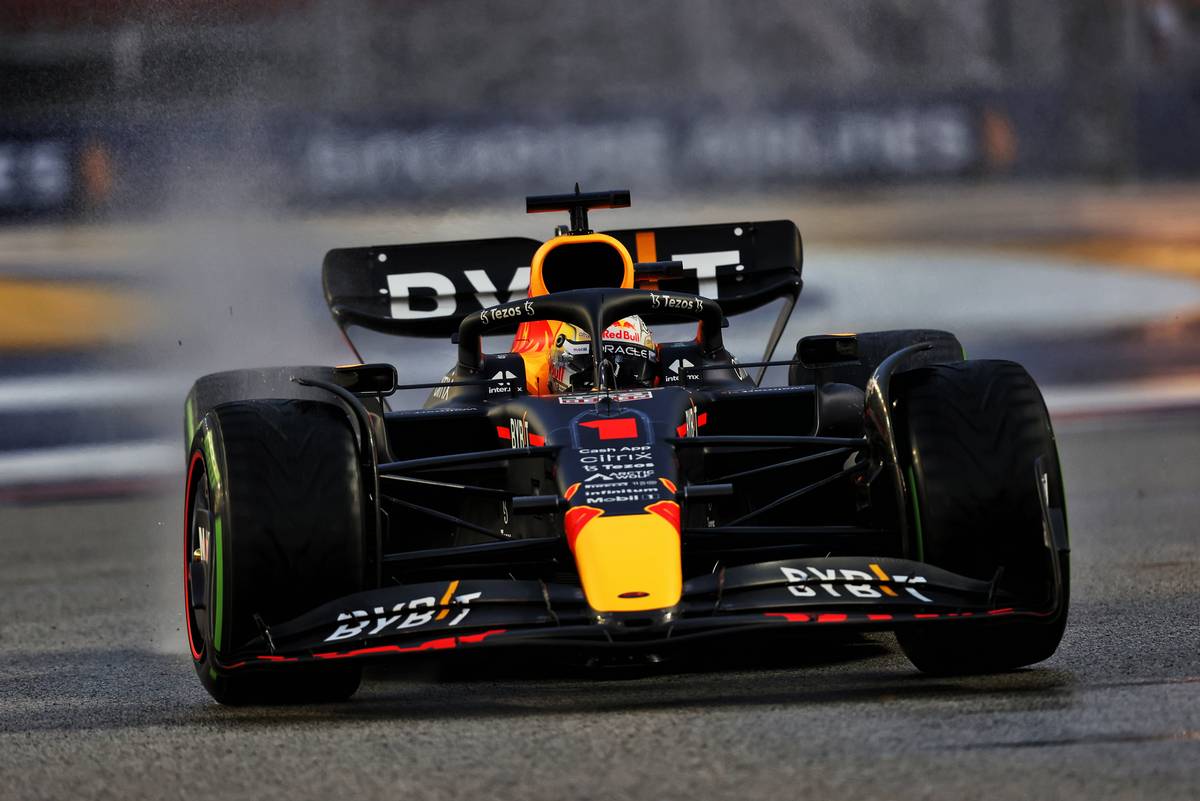 But Brundle suggested that the intensity of the 25-year-old’s reaction was just another validation of Verstappen’s unwavering determination and single-mindedness when the visor is closed.

“Max Verstappen should have been on pole position but staying out on track for most of the final Q3 12 minutes meant that he was forced to abandon his final pole lap two corners from home in order to have enough fuel for the mandatory scrutineering checks,” wrote Brundle in his post-race column for Sky Sports.

“Cue an extremely unhappy championship leader, and he let the team know in no uncertain terms.

“Barely underneath the surface of the calm and serene 2022 Max 2.0 is still quite a temper.

But actually, my take on that, as he heads to an inevitable second championship, is just how much pain a lost pole position and potential victory means to him despite his and the team's current dominance.”

Race day at Marina Bay wasn’t Verstappen’s own, but Sergio Perez took a leaf out of his teammate’s book of Grand Prix wins, with the Mexican delivering a flawless lights-to-flag performance to conquer his fourth - and his best - career win in F1.

"Sergio Perez kept his rear tyres gripped-up all the way through the acceleration phase and led into the first corner, which decided the winner as it would turn out,” commented Brundle.

"In a most impressive fashion he would spend the next two hours managing a track which was proactively inviting you into the wall along with endless actual and virtual safety cars, all with his mirrors filled by a scarlet Ferrari with a very determined Leclerc at the wheel.

"Sergio occasionally goes on the missing list for a couple of races, but when challenging opportunities arise, he's the man with a plan and a calm mature head."