Rao assumed the interim appointment following the departure last summer of Peter Bayer, the FIA's Secretary General for Sport and its executive director for Formula 1.

A former Legal Director of the FIA from mid-2016 to 2018, Rao returned to the institution to assist the new Presidential Team during the transition period as Interim Secretary General for Motor Sport.

"Shaila-Ann successfully managed this transition period, providing valuable support and assistance to the FIA President and the organisation during this period which is now coming to an end," read a statement from the FIA.

"Shaila-Ann will now therefore be leaving the FIA following the end of the Formula 1 Season. The FIA thanks Shaila-Ann for her support during this period."

Commenting, the President of the FIA Mohammed Ben Sulayem said:

"On behalf of everyone at the FIA, I would like to thank Shaila-Ann for her invaluable contribution in her role as Interim Secretary General for Motor Sport during an important transitional phase for the organisation.

"In particular, Shaila-Ann has provided me with great support in respect to Formula 1, always acting with professionalism and integrity."

Rao's return to the FIA last June sparked concerns - specifically expressed by Ferrari - of a potential conflict of interest given her past involvement with the Mercedes F1 team where she served from 2019 as a General Counsel for the Brackley squad as well as a special advisor to Team Principal Toto Wolff.

Rao’s exit comes days after Ben Sulayem defended the FIA's Secretary General amid suggestions of favouritism by Rao towards Mercedes, her former employer, during F1's cost cap process which the Swiss had overseen, when confidential information over Red Bull's overspending was reportedly leaked to several teams

"I’ll be very honest with you, and I’ll defend my opinion, but when it comes to Shaila-Ann, there were accusations that she is mainly a supporter of Mercedes," said the FIA president last weekend in Abu Dhabi.

"But actually, when the [cost cap] penalties were there with both teams [Red Bull and Aston Martin], she said that’s a bit harsh from me.

"I looked and said: 'My god, there is someone who is accusing her of being with Mercedes, and she’s saying to me that it’s harsh on Red Bull.'”

Shalia-Ann Rao's 'interim' status as Secretary General suggested the nomination at some point of a permanent SG. But there was no mention in the FIA's statement of Rao's successor.

As a reminder, as part of the governing body's restructuring under the helm of President Mohammed Ben Sulayem, the FIA appointed last September its first ever Chief Executive Officer, American-born Natalie Robyn. 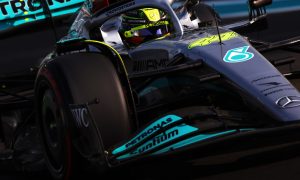