Mercedes has released more images of its 2015 car - the W06 - after its track debut at Silverstone on Thursday.

The team published video of the car during a filming day at Silverstone, with both Lewis Hamilton and Nico Rosberg spending time behind the wheel in cold and wet conditions. Following a number of videos, the team has now released images of the W06 on track.

The new car features a thinner nose to its predecessor due to the updated 2015 regulations, while the below image also reveals an updated livery on the engine cover. 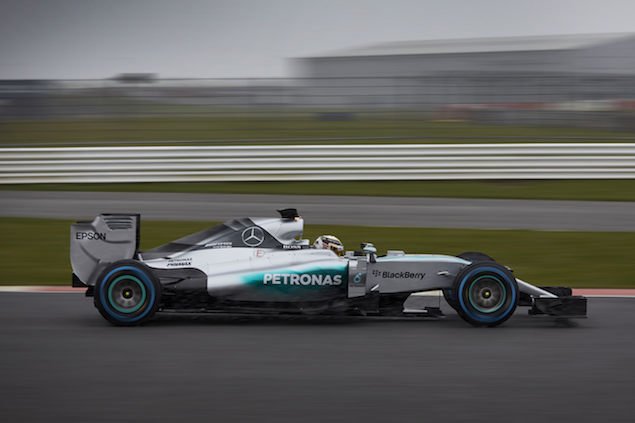 Click here to see the first images of the Mercedes W06