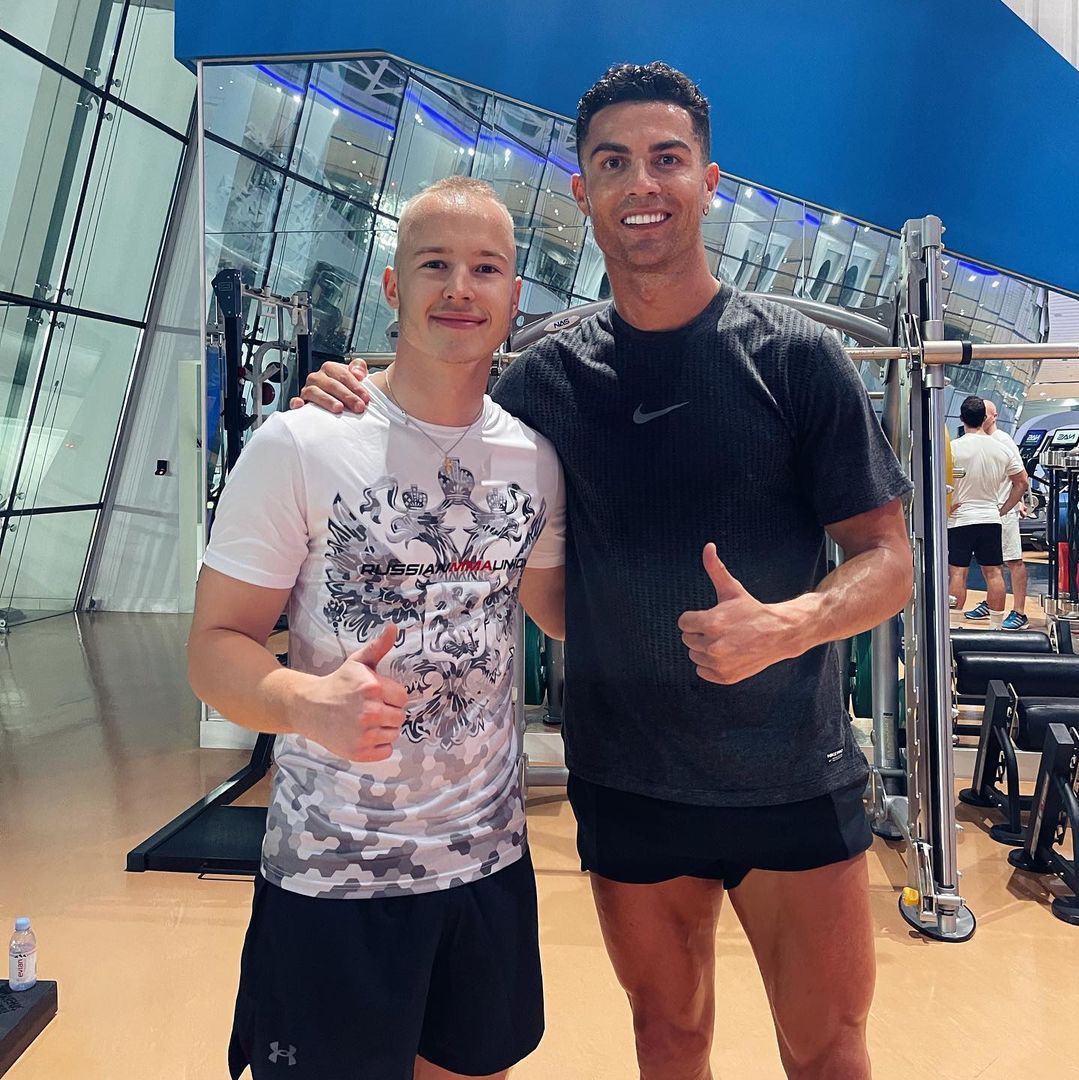 Nikita Mazepin is used to working out alongside a famous name, having spent his first year in F1 paired with a fellow Haas rookie named 'Schumacher'.

So the Russian charger was hardly overwhelmed when he pumped a few eights and ran on the treadmill in the gym in Dubai this week alongside Manchester United forward and football's mega star Cristiano Ronaldo.

The two sportsmen are unquestionably at different ends of their respective fields of expertise in terms of performance and popularity.

But hopefully the Portuguese striker recognized the Haas driver as something more than merely a passing gym jock.