F1i’s Nicolas Carpentiers looks at the tech changes introduced in Canada, from new cuts in the floors at Red Bull, Ferrari, McLaren, and Renault to revamped sidepods and front wing tweaks on the RB13, as well as a new curved wing on the SF70H. The Montreal review also includes exclusive shots of the Mercedes and Honda V6 turbocharged power units.

While any Formula 1 car obviously needs a set of wheels to move forward, the Pirelli tyres also affect the car’s aerodynamics due to a phenomenon known as ‘tyre squirt’. In order to offset the turbulence, teams add under the wing a series of three or four vanes (see red arrows on Page 12) that help guide the airflow.

At the rear of the car, that dirty wake disrupts the diffuser, entering the area by the edges. The problem is compounded by nearly all teams running a higher rake angle on their 2017-spec cars (the Mercedes W08 being the notable exception).

In a bid to contain this phenomenon, F1 aerodynamicists have come up with the idea of adding slots to the area of the floor that is located ahead of the rear tyres. The number of cuts varies from one car to another but they all serve the same purpose of allowing through high-pressure air from above the floor to create a kind of skirt that seals the edges of the diffuser. 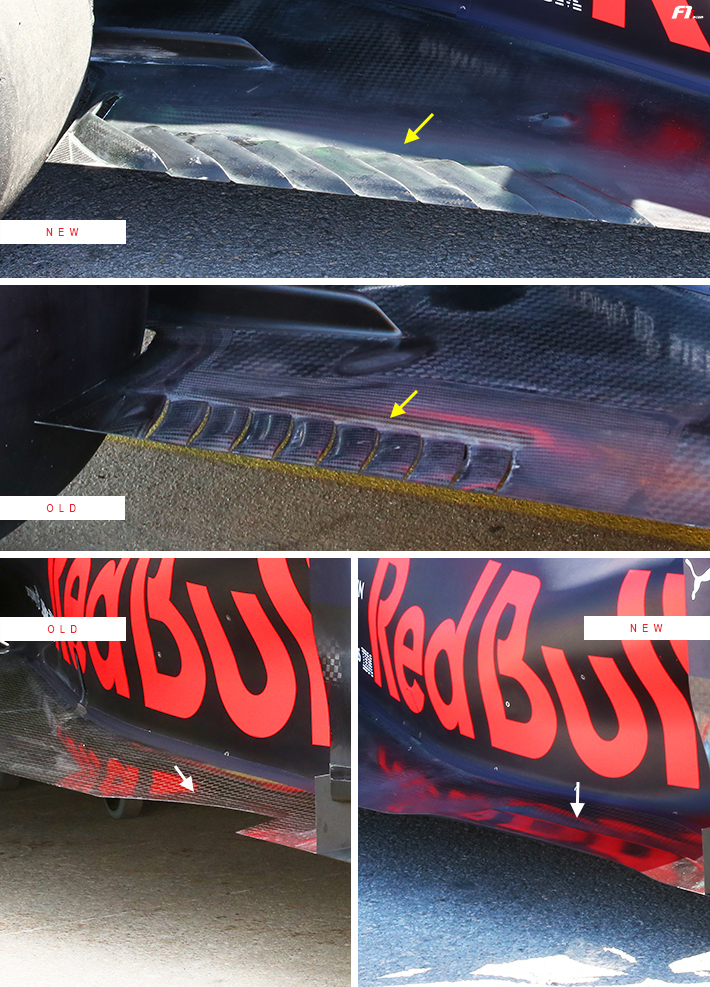 How does it work? The encounter between the high-pressure but low-energy air from above the floor and the faster air flowing underneath the car results in a slower airflow hitting the tyre, which in turn curbs the disturbances when it enters the diffuser area. It also creates a vortex that acts as a wall protecting the diffuser from the rear tyres’ dirty wake.

The number of cuts varies from one car to another but they all serve the same purpose of allowing through high-pressure air from above the floor to create a kind of skirt that seals the edges of the diffuser.

Several teams showed up in Montreal with a new design in this area of their cars. Red Bull introduced a new floor with redesigned slots (compare yellow arrows), while the original cut near the sidepod was replaced by a longitudinal dent (see red arrows) already seen on the Mercedes, McLaren, Toro Rosso, Haas, and Williams (since Monaco).

Ferrari, for its part, added a fourth slot to the SF70H’s floor (red arrows on the Ferrari images), while also removing the much talked about bulge (orange arrows), which had been subject of all kinds of speculation. 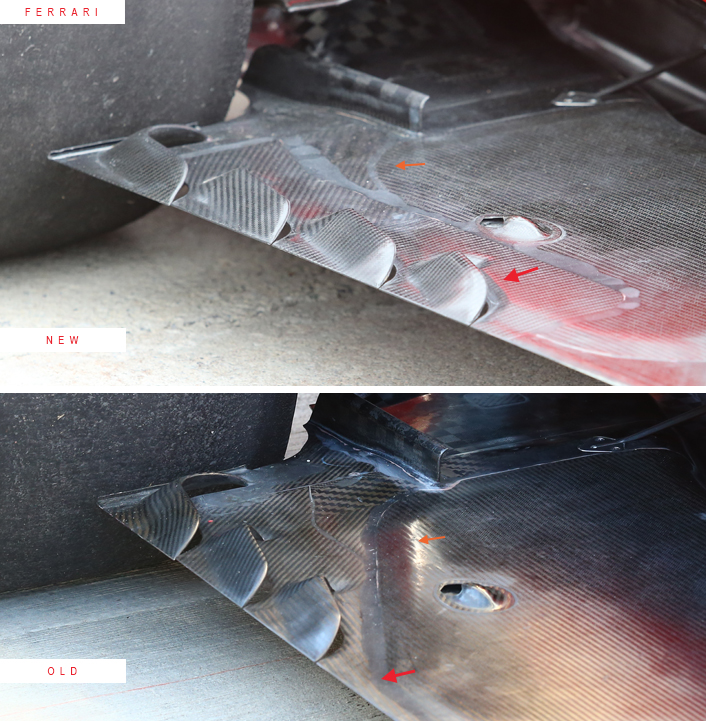