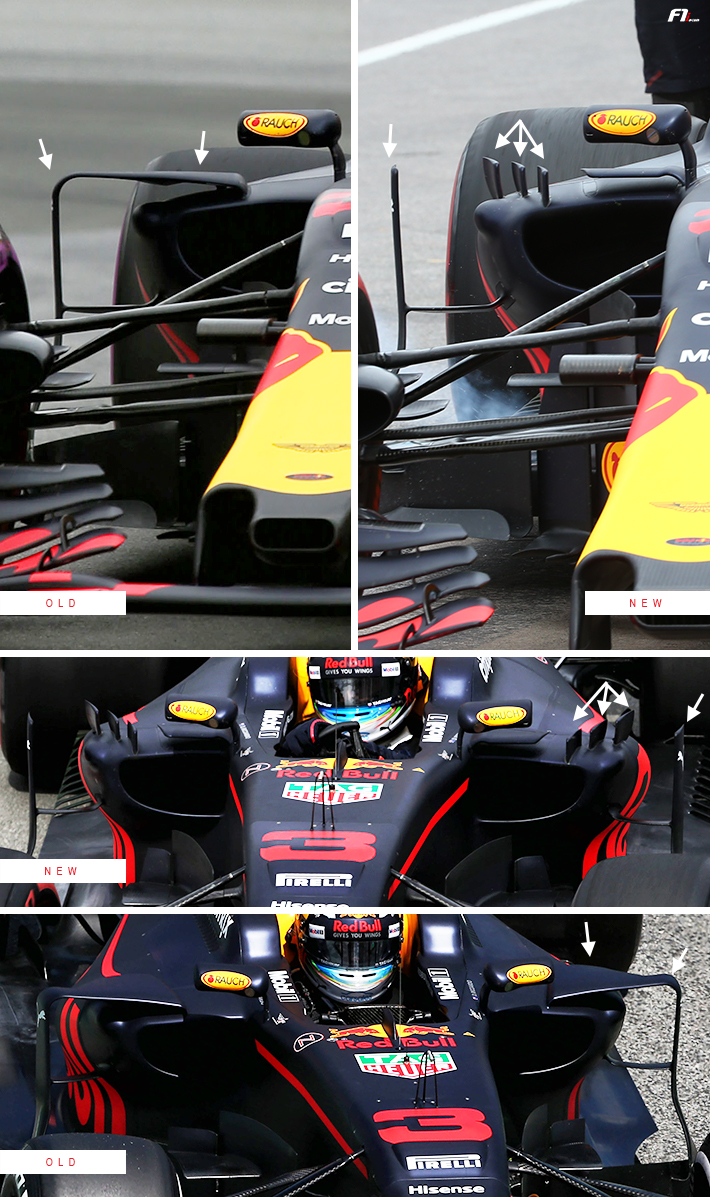 The British mastermind came out of his semi-retirement and headed back to the drawing board last March in order to adjust the driving concept behind the latest charger from Milton Keynes, which has been designed collectively by the group of engineers already responsible for the successful RB12.

In Canada, it was the sidepod vane’s turn to receive an update with a simpler design: the element is now vertical and no longer arches over the sidepod to connect with the monocoque. Meanwhile, three vertical fins have been added atop the sidepod and the winglet attached to the cockpit is now significantly shorter (compare white arrows).